For those that do not know, the Slingo games, developed by best online slot game developers Slingo Originals, are a very nicely designed combination of bingo and slots that come together to form a completely new and original game. This originality has led to the series being widely considered as one of the best online slot game franchises in the world.

We’ve seen the lovely Irish theme of Slingo Lucky Streak, and this time around we’re being taken to an explosive pirate theme with Slingo Cascade. As with the other games in the series, the graphics are okay albeit nothing to get too excited about, but the gameplay is still a whole lot of fun.

As with the majority of Slingo games, the maximum RTP is 95% but it can drop as low as 89% depending on which kind of bets you’re making. Watch out for that, because an RTP of 89% is extremely low for slot games although it’s about average for bingo, so it depends where your skills and preferences lie as players.

You can play Slingo Cascade from a minimum stake of 20p per spin, or up to £25 per spin if you’re feeling a bit more adventurous. Be aware that this slot game will require a lot of spins to win, however, so that £25 could rack up to several hundred before you actually manage to win anything

When that win does come, if your stake is at £25, you could be looking at some decent cash, including the top prize of £68,000, the biggest win that has been made on Slingo Cascade.

Despite Slingo Originals’ obvious attachment to the Slingo franchise, as the name of the company suggests, they do actually have some other casino games under their belt. Some of these include some of the best slots going.

Owned by Microgaming, Slingo Originals are one of the best online slots developers in the world right now, so let’s take a look at some of their best slots from over the years: 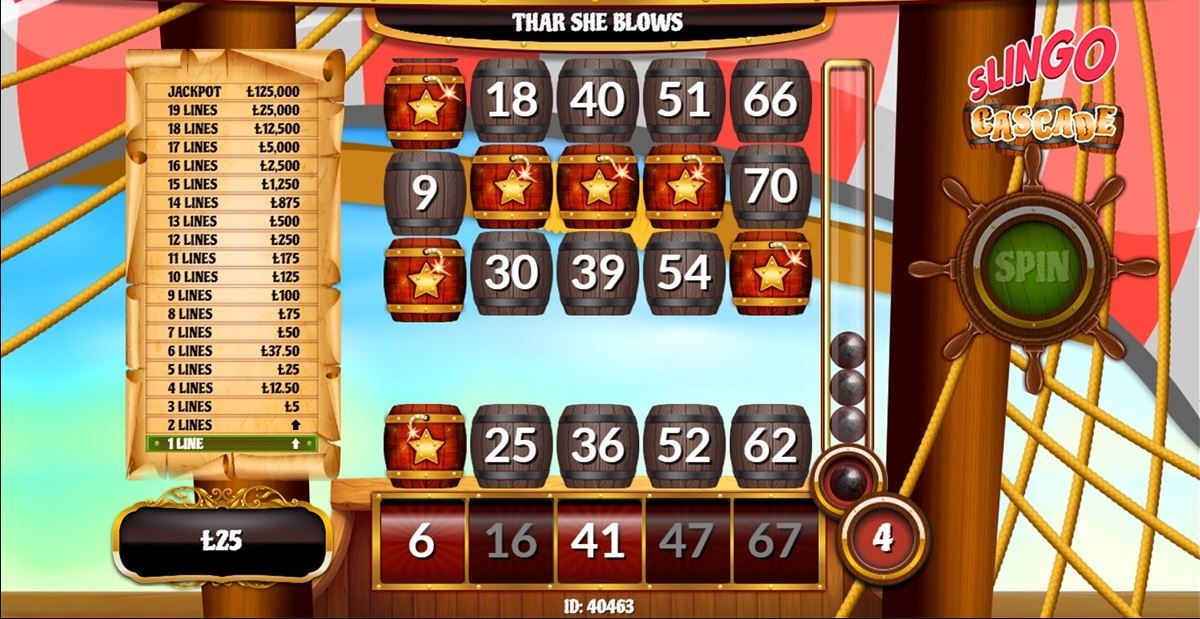 The Slingo games have an amazing blend between the games of bingo and slots, so if you haven’t played one of these games before then we fully recommend checking them out.

That being said, it’s probably quite important to have an understanding of how the game works and what the rules are before you get stuck in, so maybe do a little homework on that matter in advance of playing Slingo Cascade.

The difference between Slingo Cascade and the other games of the series is that this slot uses cascading mechanics, meaning that new numbers and symbols will drop into the places of any winning numbers or symbols meaning that the wins can come a little quicker than before.
Other than this function and the pirate theme, there is nothing unique to report about Slingo Cascade, so if you want something more fancy, check out Slingo Riches slot. 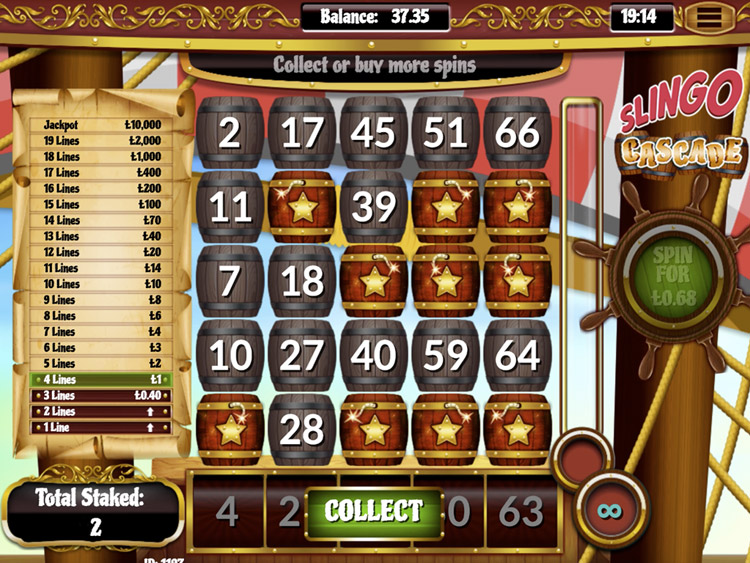 There is not much to report when it comes to bonuses in the Slingo franchise - they don’t really suit the game in its nature as it is a one of a kind type of game.

This isn’t such a bad thing though as each of the games in the Slingo series have something new and exciting about them so if you get bored of one game, you can always check out another like Slingo Rainbow Riches slot 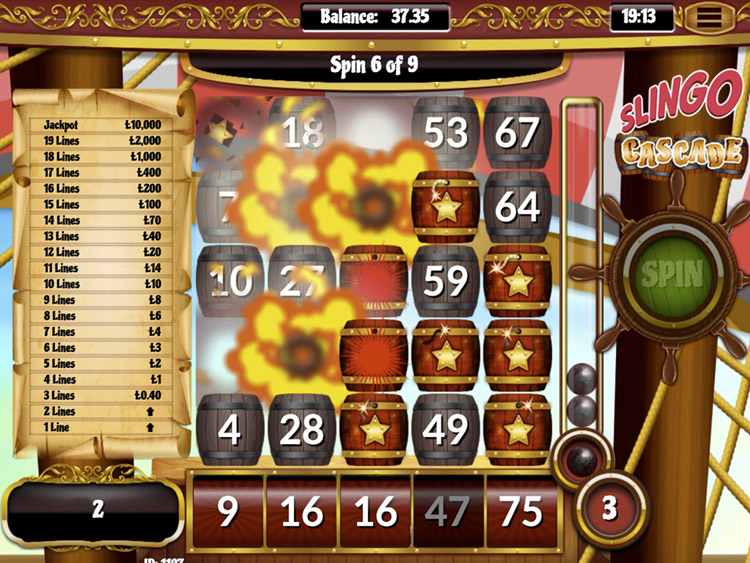 Slingo Cascade is a cool slot game, and of course it can be considered a part of one of the best online slot franchises in the world, but unfortunately this particular slot game is not quite as good as some of the other games in the series. For this reason, we would have to give it a (very respectable) 7/10.

You might be better off playing the likes of Slingo Lucky Streak or Slingo Reveal, two of the best slots from the Slingo series, and two that we enjoyed playing very much indeed, but if you are after something a bit different, then we recommend the Shaman's Dream 2 slot.