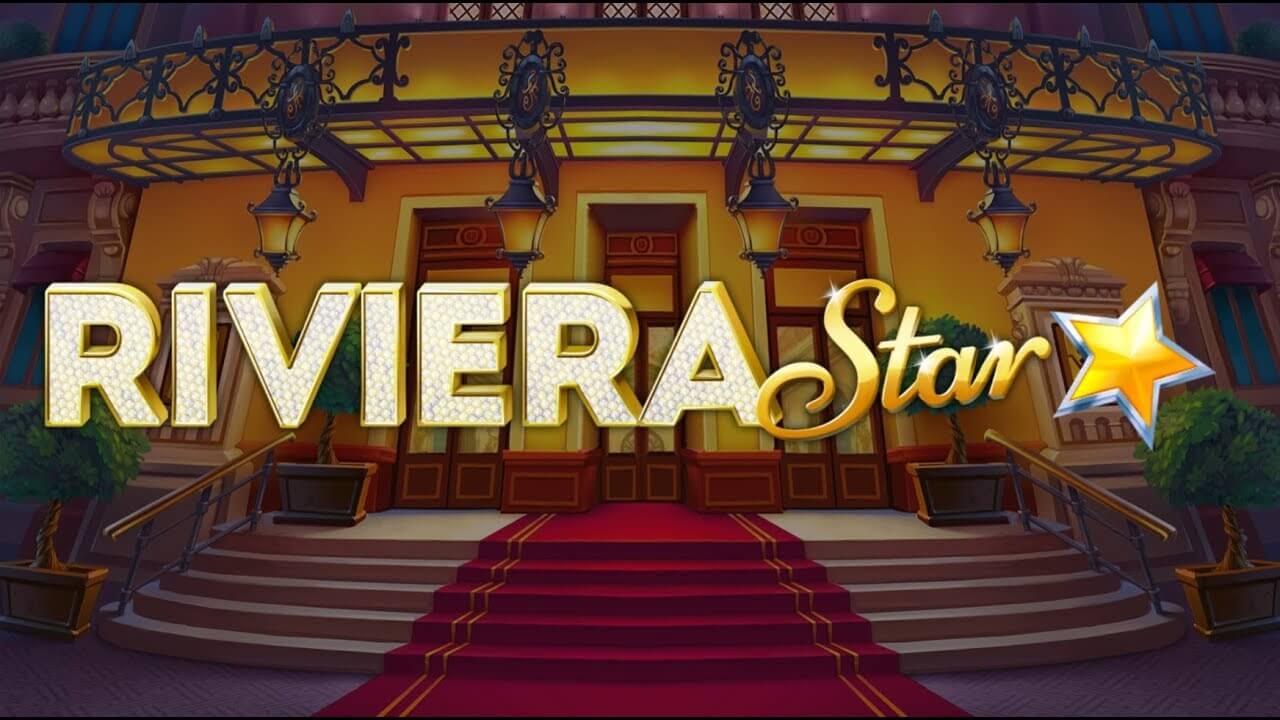 Riviera Star by Fantasma Games is a 5 reel, 20 payline slot, one of the new slots on Easy Slots. The Riviera is the go-to place for all the rich and famous- they like to gamble in style and no one does it better than the folk over there.

Some of the slot bonuses here include; re-spins, wilds, multipliers, free spins, etc. In the game’s Re-spin feature, re-spins continue until players run out of winning combinations. The game can be played on all iOS and Android devices, join & spin today.

Fantasma Games is an online slot developer based in Stockholm, Sweden. They started to operate in 2016 with a mission to stand out in the industry.

So far, so good. They have released several best pay out casino game for your entertainment available right here on the new online slots collection on Easy Slots. 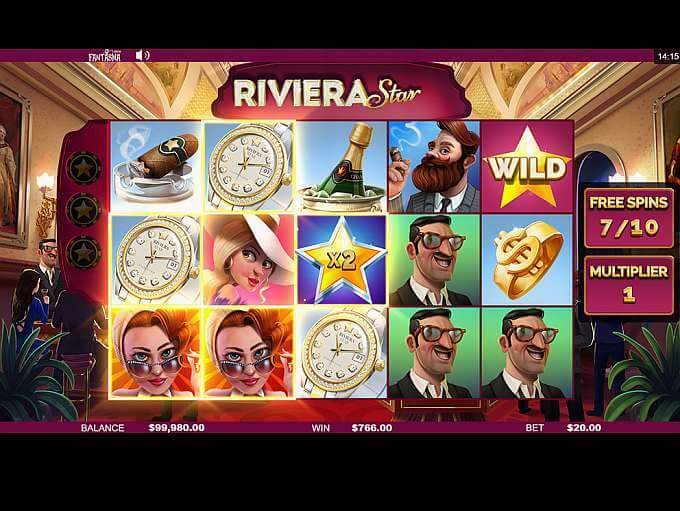 Playing Riviera Star - What to Expect

Riviera Star is one of the new slots on Easy Slots with a casino theme. There are 4 main characters in this slot – the high stakes players who represent the high-value symbols in the game.

Any symbols that did not form part of a winning combination will re-spin to offer new chances. There’s a Superstar symbol in the game that remains on the reels as long as you keep forming successful win combinations.

This symbol can absorb any regular wilds and end up increasing the multiplier value. If you successfully accumulate as high a multiplier as possible before your 3rd loss, the star returns to its original position. 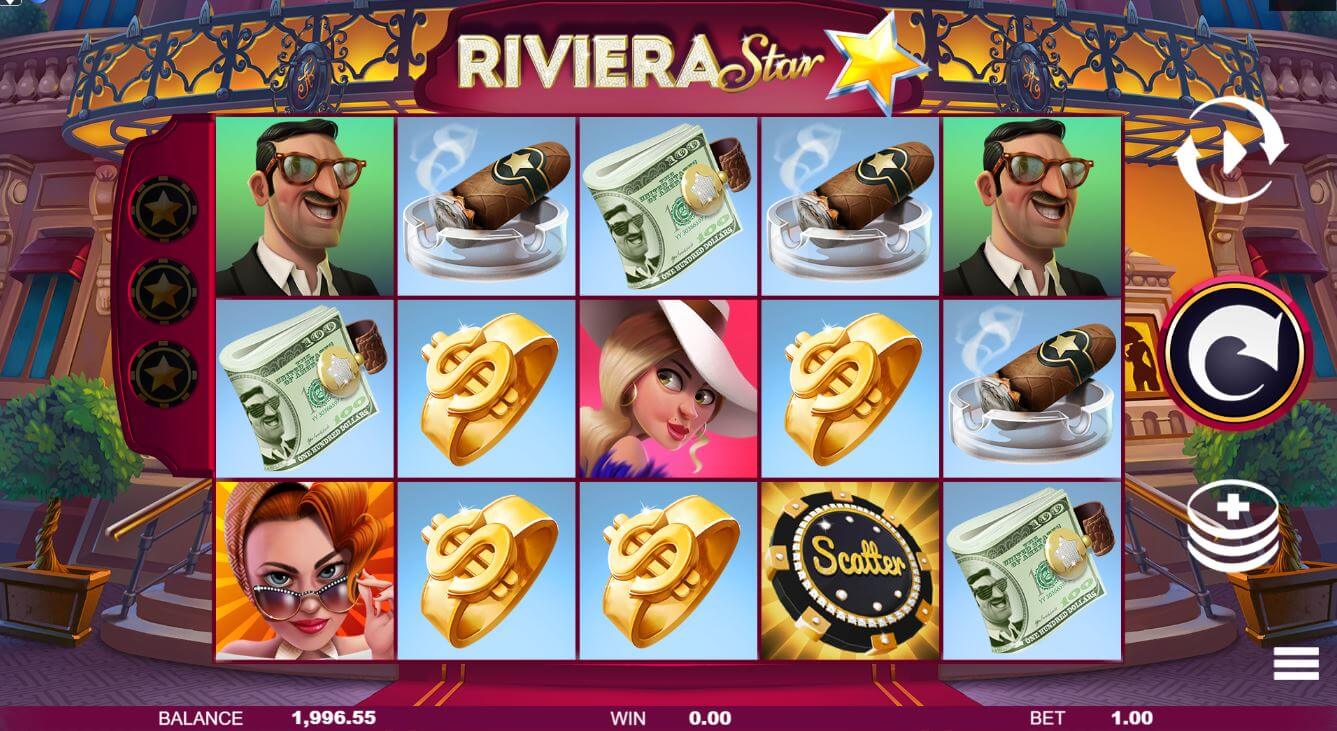 Beginners and professionals will both enjoy one of the best deposit by mobile slots Riviera Star on Easy Slots. you’ll be curious about the theme, but you’ll stay for those rewarding bonus features.

You can also try another game from Easy Slots with high RTP, check out Rio Stars Slot today!