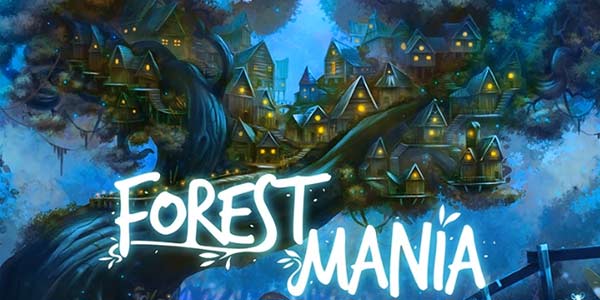 Step into the enchanted leafy forest where a whole range of colourful critters live in the undergrowth just waiting to deliver you some heavenly free spins and magical bonus wilds. Forest Mania is a 5 reel top online slots game with 100 paylines and the opportunity to win up to 25,000 magical coins in one spin with the use of Wilds and Scatters.

This London based gaming company holds titles that now stretch over a widely received global market, with a constantly increasing portfolio, now exceeding 400 5 star online slot games they have produced many titles that could be considered genre defining. Games such as TV adaptation Beverly Hills 90210 and developer originals Ninja Chef and Shopping Mania are just a few of iSoftbet’s signature games. Varying greatly in theme the only real constant within this plethora of entertainment is the high-quality combination of graphic art and well-oiled machines.

Forest Mania, turning the world on its head for the better. The lunacy is off the charts in this stunningly designed 5-reel video slot. With the rule book destroyed, experience an entirely new Easy game – why have one set of reels when you can have two?

Although the newly arranged layout may seem intimidating at first, the game itself is easy to understand when it begins. With a selection of randomly triggered events and varying valued symbols you will come to realise that double the reels equal double the fun.

Like many online slots, Forest Mania contains the classic Wild symbols – but with a twist. In a typical game, the Wild will act as a replacement for any other none-bonus symbol, this will provide players with a greater chance of winning payline. This is still in place - but with additional perks. When one of your icons in the first machine is converted to a Wild, each identical symbol across both sets of reels will also become wild, spreading out the Wilds and stretching to all corners of the machine. Although these symbols are selected at random the rewards that come from this bonus are impeccable. 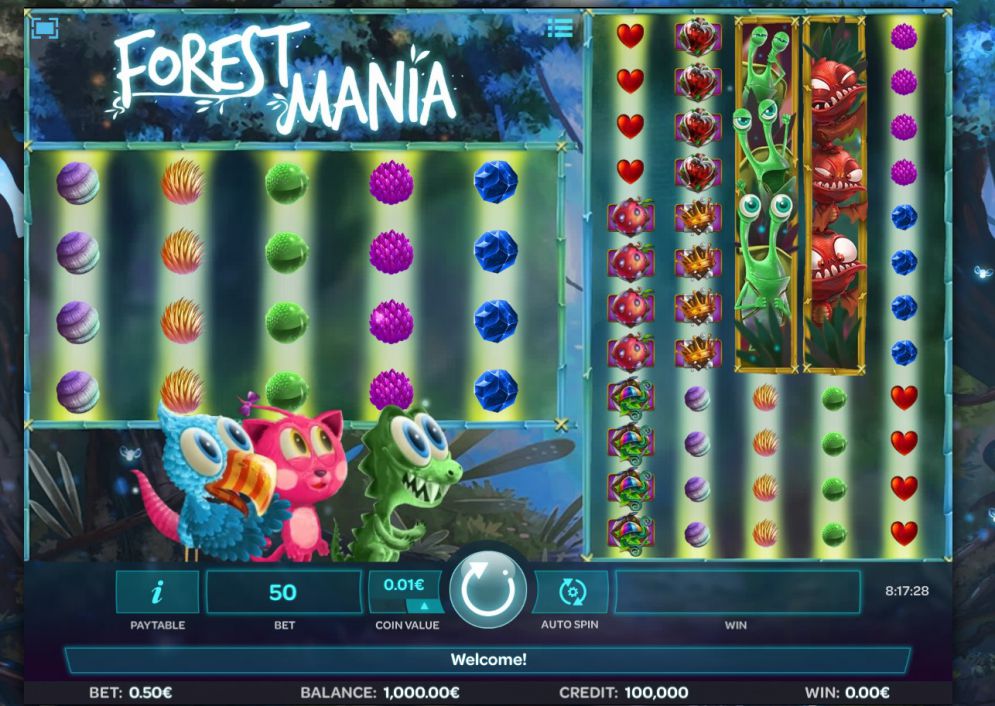 These symbols are not the only bonus found throughout Forest Mania, players will also find Wild Reels for a truly wild experience. Just like the symbols Wild Reels are also activated at random, when this bonus does trigger, up to 3 of the reels inside the first set of reels will become Wild – this is an amazing perk but just like the Wild symbol this will then be reflected onto the larger reel, covering more ground and giving a much larger range for players to win on.

The randomness doesn’t stop there, Forest Mania also contains a set of randomly triggered Free Spins. When these rounds appear, players will gain 10 rounds in total as well as a strongly increased chance at Wild features. Combining all the potential unpredictability in a single spin, you won’t know which was is up when you leave Forest Mania.

The Verdict on this Casino Slots

You cannot stop the randomness! Due to each bonus within Forest Mania being triggered at random each spin has the potential for greatness. First thoughts may leave players speechless as the additional set of reels can look daunting, but one quick spin will ensure players that there is nothing but bonuses and easy winning wilds behind these extra reels. Unpredictable and spontaneous, Forest Mania is completely different from a traditional slot, breaking the mould and putting it back together in whatever way iSoftbet sees fit. Learn more about how to deposit by mobile casino.