A historical themed game that will test even the bravest soldiers, Rise of the Spartans is an online slot game based on ancient Greece.

Do you have what it takes to battle alongside the Spartans? Try your luck with Rise of the Spartan online games on PC, smart phone or Tablet.

Genii - the developers of Rise of the Spartans Slots

This historical, action packed slot game is brought to us by long time slots pay by mobile phone developer Genii. You can find some of their other online slot games and many more at Easy Slots, the best online slot game and casino site. Genii’s back catalogue of impressive video slots includes:

As a slot game developer with a long history, Genii do not stick to safe territory when crafting new and exciting slot games. Their catalogue ranges from bizarre beaches to gameshows and they show no signs of getting rusty with their slot game Rise of the Spartans. 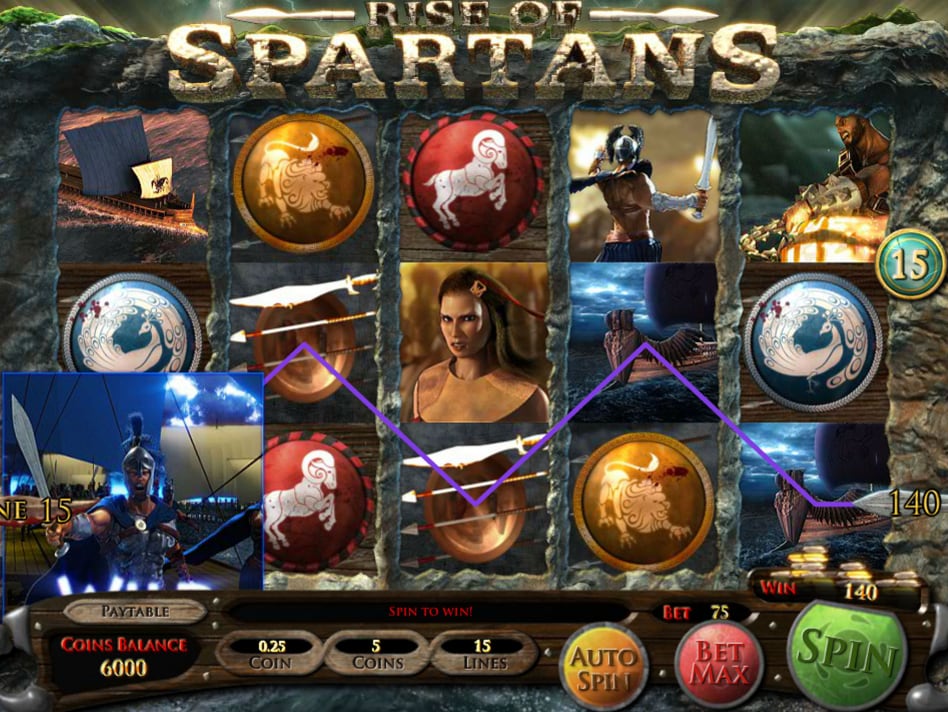 About Rise of the Spartans

Rise of the Spartans is a 5 reels slot game with 15 possible pay lines. Along these reels the player will find some cleverly themed Greek symbols. These are all created to look as if they were painted on a warriors shield.

We have the goat, helmet and snake as well as a plethora of other mighty symbols to transport you back to the ancient days of Sparta. Line up as many of the matching symbols as possible across a pay line to win 3, 4 or 5 times your bet.

Wager a minimum of 0.01 or as much as 0.25 to get going. With and RTP rate as high as 96% you’d be a fool not to at least sample this strongly themed slot game. If history is your thing, you can find plenty of other online slot games based in all manner of historical periods over at Easy Slots. 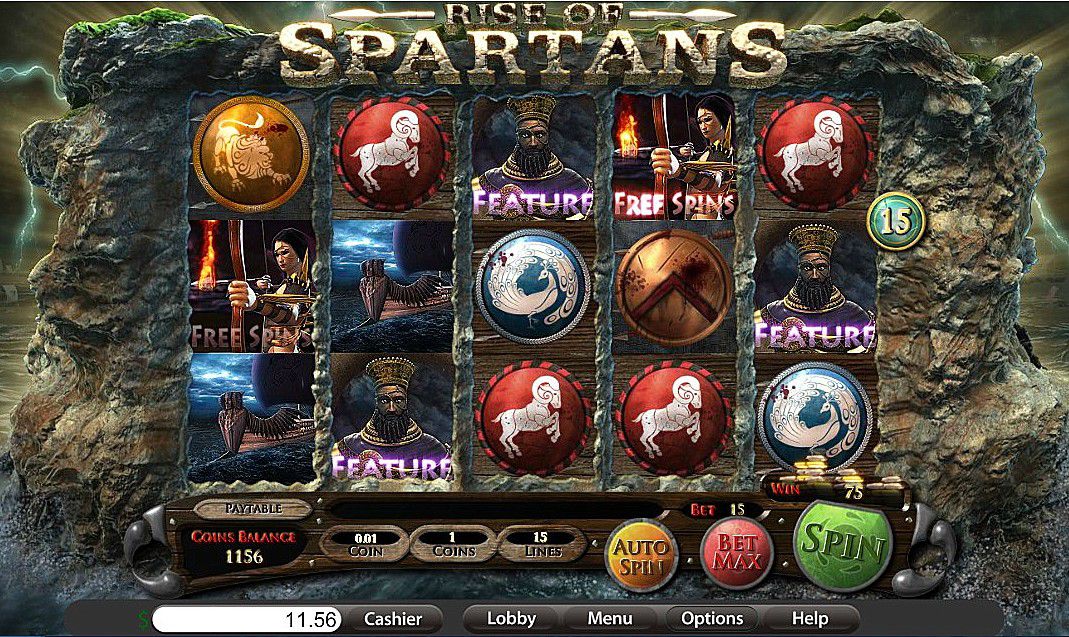 As well as symbols themed around gladiatorial combat, Rise of the Spartans also features many special icons. The warrior in the blue cape acts as the games wild symbol to fill in any blanks that you may have on a pay line.

Landing this is in the same manner as the first scatter and you can win 200x your wager. The first scatter symbol is also what gets players into the bonus round. Here you are awarded the opportunity to win up to 15 free spins.

Not only this but a torrent of flaming arrows can fall down the reels and destroy any symbols that aren’t scatters with wilds. These wilds can also come with a 2x multiplier so it is worth waiting for this event. But that is all when it comes to bonus features. Rise of the Spartans tries to do things small but in a unique way. 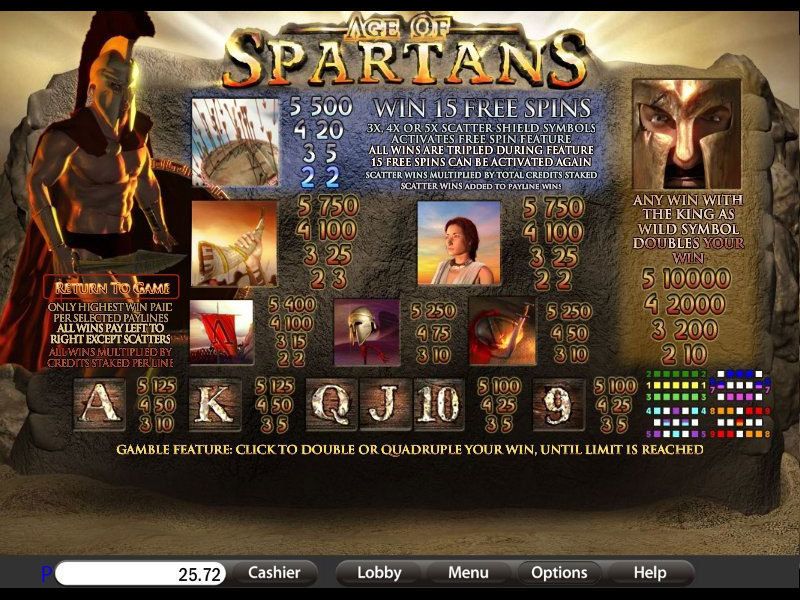 Final thoughts on Rise of the Spartans

Rise of the Spartans is an online slot game that is so carefully designed by its developer Genii. From the stonework background to the slot games symbols, this really is a historical epic for the ages.

Where this online slot lacks is in its gameplay. There isn’t much that is different from other slot games on the market and the lack of bonus features is somewhat underwhelming.