The story of Moby Dick is one of those tales that has stood the test of time. This is no simple task when you imagine the number of stories that exist currently. People have their favourites, and make no mistake about it, a copy of Moby Dick is in our bookshelf. For those that don’t know the tale of Moby Dick, we will provide a quick summary. The story of Moby Dick exists in biblical times, where a man named Jonah is swallowed by a whale. Jonah lives in the whale for 3 whole days. This Rabcat developed a version of the story of Moby Dick is actually based on the Herman Melville novel. In this incarnation of the Moby Dick tale, the whale is attempting to destroy the ship of the new protagonist: Captain Ahab, who’s only mission is to end the whale once and for all. What follows is a gigantic sea battle that is packed full of drama. 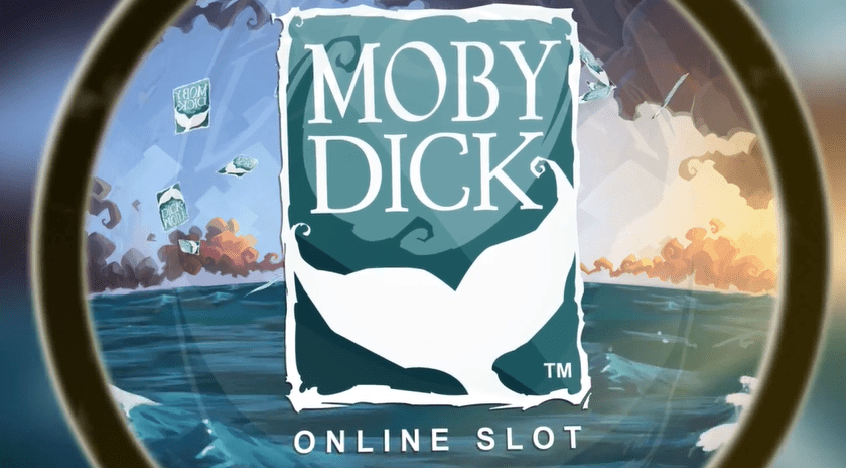 Known for their own take on the online slot and the best slots game market, Rabcat continues to make new strides everyday in every digital entertainment avenue they see fit. Rabcat offers a wide range of titles for every occasion, from online table games to the best online play slot games, so much to play and so little time.

Moby Dick is a 5x3 reel slot that features an eclectic mix of features and symbols. There is a series of low value symbols that appear on these reels also, these all take the shape of various playing cards from A through 10. Other higher scoring symbols in this slot include: beer tanks, the ship's wheel, an anchor and bone jaws that we are guessing comes from the whale itself. We should state that the graphics of this slot are very cartoonish in style to stop this tale from becoming too dark for its own liking. There is a comical style here and one that is sure to derive excitement from anyone who runs the reels. 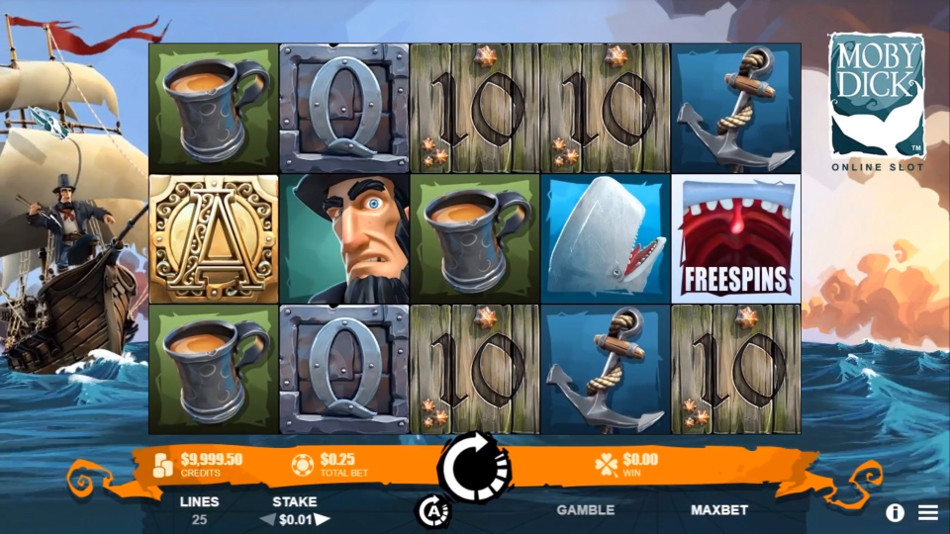 The good Captain can be seen on the game board in the background, set against a barrage of orange clouds that give a sense of the calm before the storm. The catch of the day is definitely Moby Dick’s scatter and wild variations that offer different perspectives in hitting those high scores. Landing 5 of the wild and scatter symbols on the pay-line will award players 200 times their total stake. Bets can be placed from as little as 0.25 to 25 coins, a perfect mixture of different play styles for a variety of different players. 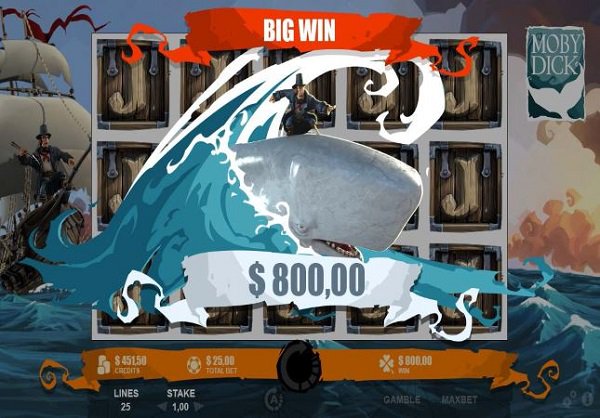 Moby Dick is a groundbreaking tale of adventure, so it only made sense that it made the transition into the world of online slot gaming. There is a perfect mixture of experimentation and homage in this slot. Rabcat have taken a theme and created a very solid slot adaptation of a tale that is decades old. Even if you haven’t read the book or have any knowledge of the story itself, you can play this slot and get a crash course on the story with only a handful of spins. Moby Dick is an odyssey of epic proportions, and so to is online slot counterpart. 9/10