We’re going back in time once again with Yggdrasil Gaming, this time to England’s Middle-Ages. In a world of Kings and Queens vs poverty, we’re hoping for regality on this best slot sites game.

Bet from a tiny 4p all the way up to £100 to get involved in the beautifully designed Arthur’s Fortune. Lovely graphics, an entrancing soundtrack and an immersive gaming experience. Three things we’ve come to expect from Yggdrasil Gaming that they’ve delivered on once again here.

The RTP is pretty average in Arthur’s Fortune, if not slightly above, coming in at 96.2%. The volatility is medium-high, so the RTP kind of matches up to this, but to add to this there is a max payout of 10,856x your stake which is pretty spectacular and is one of the main appeals of this particular slot.

On top of the exciting setting, soundtrack and storyline and generous max payout, there’s plenty of cool features to keep things interesting. It’s available on all devices at the best slots sites, such as at Easy Slots where you can get playing Arthur’s Fortune today, alongside several other of our favourite Yggdrasil Gaming slots should you prefer your theming outside of the medieval world.

So sign up and deposit at Easy Slots today to discover and play slot games here!

Having only been formed just seven years ago in 2013, it’s fair to say that Yggdrasil Gaming are one of the newer developers in the world of online casino. That isn’t to say they’re off the boil though - some of the slots they’ve been putting out are easily comparable to those from the best online slot developers in the business.

The guys have courteously provided most of their games for both the mobile or desktop player, most of which are available at all the best slot sites including Easy Slots. Based in Malta, Yggdrasil use the popular i-Gaming software in the production of their games, which is one reason that their graphics are so consistently good. The same can be said for Arthur’s Fortune which definitely ranks among this cracking list of Yggdrasil’s best online slots:

These are great examples of Yggdrasil’s wide range of cool themes, and they also all showcase the cool graphics and high variance games Yggdrasil Gaming are famous for. 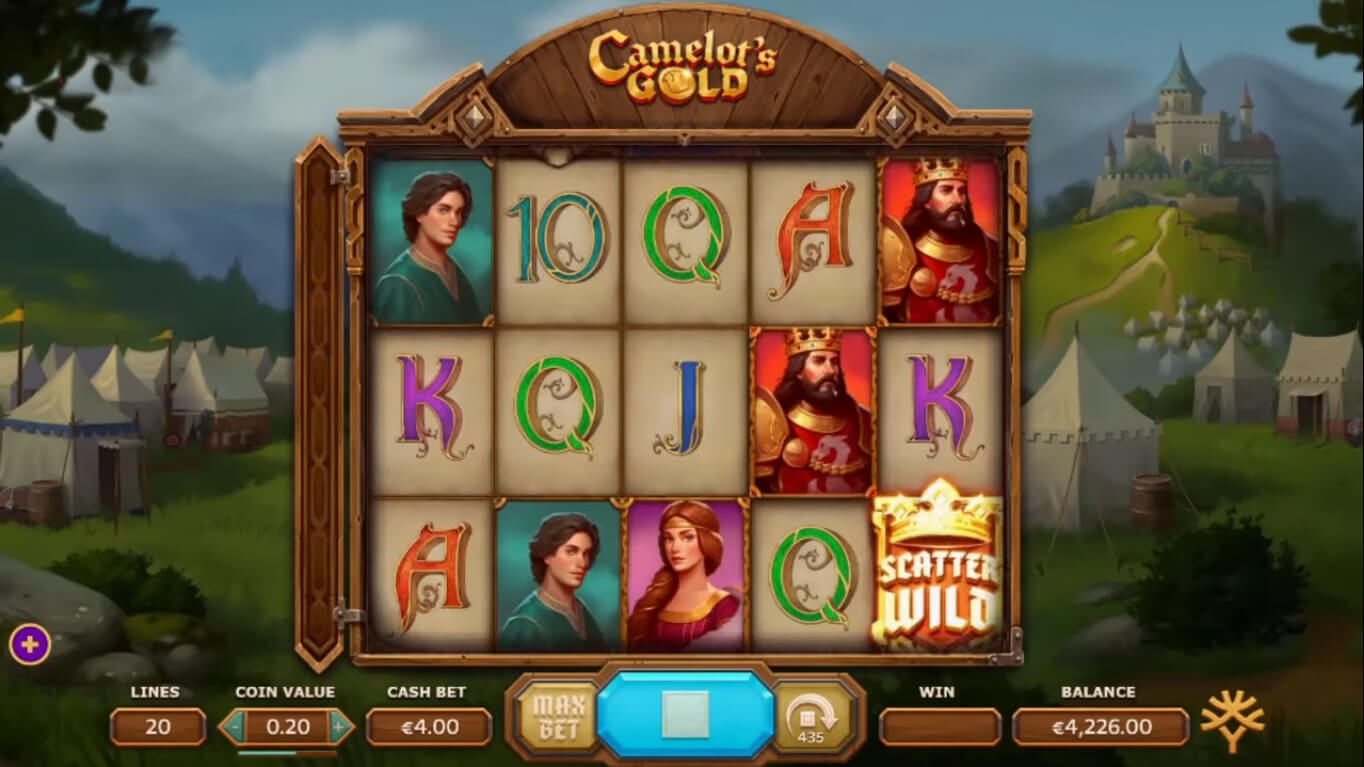 Take a seat at the infamous Round Table alongside the Knights in this medieval-themed slot with the lovely graphics we’ve come to expect from Yggdrasil Gaming over the past seven years. With a wealth of characters from the famous King Arthur stories of old and a fitting backdrop, this game presents a lovely level of immersion that will have you engrossed at the reels.

We were pleased to find out that despite the fair RTP of 96.2% and the decent jackpot of 10,856.5x your stake (which, if you won using the max bet of £100, would land you a cool £1,085,650…) there also a pretty generous hit rate of 22.23%. So, strictly for the numbers Arthur’s Fortune has the potential to go down as one of the best online slots. But what about the extra features on top?

It would probably be asking a bit too much of Yggdrasil Gaming to have a huge wealth of bonus features on top of the things we’ve loved about this game, and while there isn’t a tonne it’s not exactly lacking either.

Wilds can convert into free spins here which is super cool, plus scatter wilds can be either scatters or wilds depending on what suits your spin more. Pretty decent! The wilds go one step further too, as they actually have a value attached to them as opposed to simply fulfilling their more traditional role of replacing regular symbols.

Finally, you can land Merlin’s crystal ball on the last reel, which will summon Merlin to bring you random free gifts such as free spins or cash. 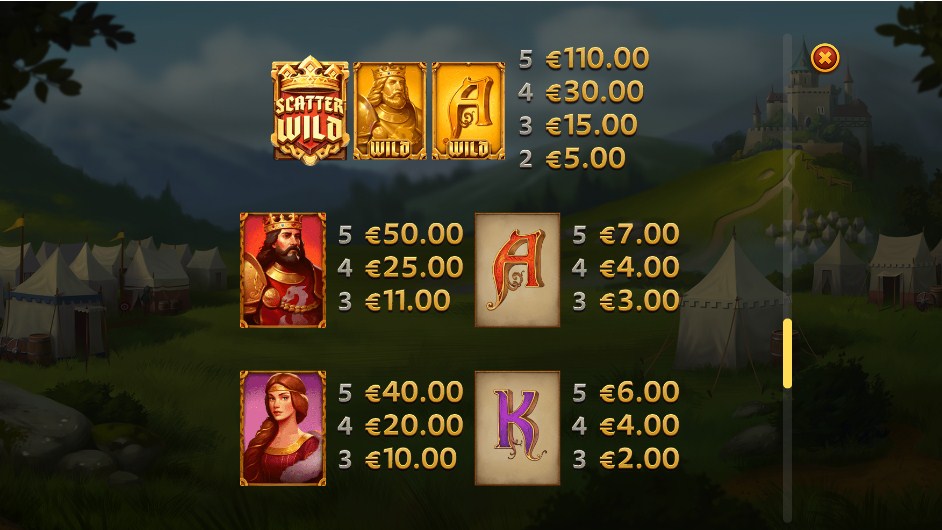 Quite simply Arthur’s Fortune ticks all the boxes and more, making it one of the best online slots in the game just like the equally amazing Aliya’s Wishes slot, so get playing at Easy Slots at your heart’s content.