Arctic Magic, just as the title, is an arctic-themed slot with the gameplay and symbols representing the typical snowy nature of the North Pole. The North pole is famous for its indescribable cold and utterly snowy nature, which is what we see in the background of this slot. Arctic Magic is one of the best online slots the builds on varying aesthetics and the wild nature of arctic animals like wolves, foxes, wild rabbits, and others.

There's a wild multiplier feature that multiplies your winning with a 2x capacity. You also get to play the free spins feature where you have up to 30 free spins up for grabs, what's more, you get a multiplier of a 3x capacity for all wins made in this feature.

Arctic Magic video slot games is powered by 5 reels, 3 rows, and 9 pay-lines. Try to read more information on this slot and proceed to play at easy Slots.

Microgaming has been around since 1994, thus developing one of the first known video slots in the i-Gaming industry. The company has risen to become the model for other slot developers – both large and medium scale. Exerting its authority, Microgaming has a chain of software subsidiaries that develop some games for it.

With this move, the company has been able to stay on top of the industry, landing unbelievable strides year after year. As expected, the company enjoys widespread acceptance by players and regulatory bodies alike. In view of this, Microgaming has licenses in Norway, Macau, the UK, Italy, Sweden, Malta, Alderney, Australia, and several others.

Some of its best pay by mobile slots include the following:

You can play all Microgaming games on easy Slots any time you so desire! 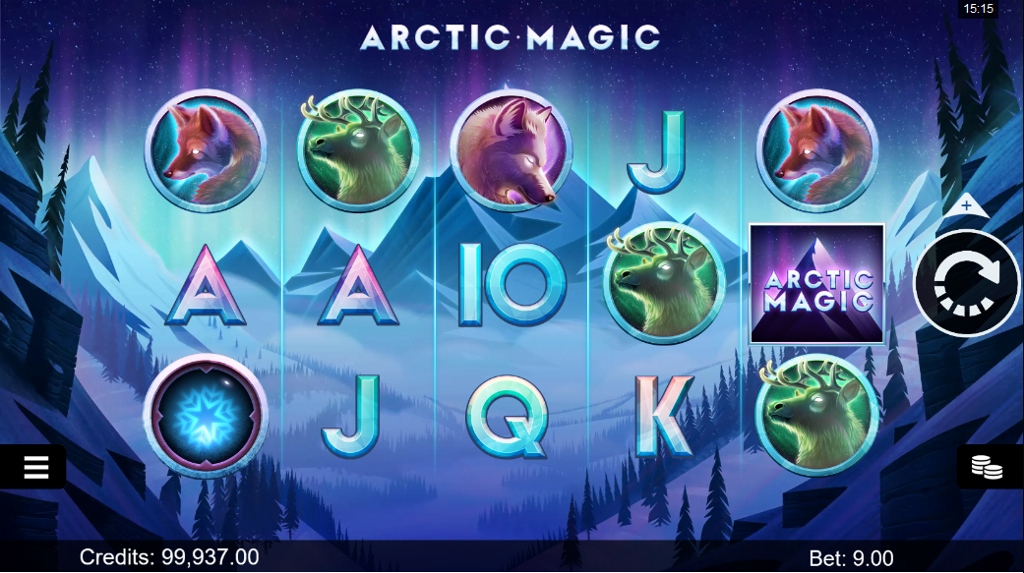 Arctic Magic revolves around the different features that are present here – the wild multiplier and free spins features. The core symbols in Arctic Magic are expertly crafted in line with the arctic theme; hence you have artic animals as the symbols here.  The prominent symbols are the Foxes, Deer, Wolf, Wild Rabbits, and Polar Bear. The low ranking symbols here include standard card suits such as A, Q, K, J, 9, and 10.

The Ice Mountain is the wild symbol that also replaces all other symbols except the scatter symbol. You can stake with a minimum of 0.9 Pence and a maximum of 45 Pounds for each spin you take. A perfect experience of the gameplay and symbols await you as you play this game on Easy Slots now!

This feature is enabled by aligning at least 2 Ice Mountain wild symbols on any of the reels. With 2 to 5 wild symbols bringing this feature to life, you have a respective win of 1.11 and 1,111.11 times your wager. With the wild symbol making a win along with other symbols, you are offered with a 2x multiplier that doubles your wins.

This feature is enabled by getting 3 to 5 Snowflake scatter symbols on any parts of the reels. When this feature is playing out, 15 free spins are awarded, subject to extra 15 free spins for re-enabling the feature. What's more interesting here is that all wins in this feature are awarded a 3x multiplier that triples your value. Thus, your 1.111.11 win in the Wild Multiplier feature here becomes 3,333.33 times your stake.

You can get the highest payout here when you play this slot on Easy Slots now. 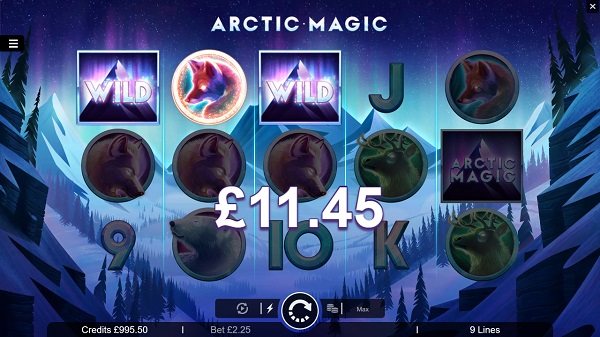 Arctic Magic gives us a direct feel of the North Pole, which is why it's one of the best slots online. In terms of payouts, the ones here are quite awesome, so you have sufficient chances of winning on this slot.

Try out this game, as well as the Wild Pixies slot on Easy Slots and earn as much as possible!