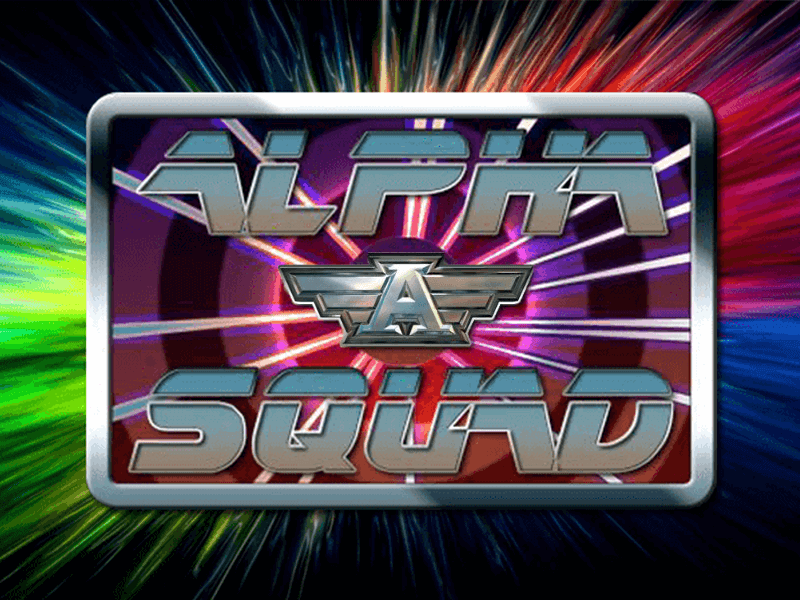 Alpha Squad by Saucify is a 5 reel, 25 payline superhero themed slot game. It’s one of the best online slots on Easy Slots, the home of online casino gaming. 3 characters are featured in this game with the Free Spins feature being based around them. That’s the purple superhero, the dark character with fire-eyes and the sinister one with white eyes. The Free Spins feature rewards you 6 spins, 12 spins and 25 spins depending on the number of free spins symbols activated the feature. There’s a chance to land extra wilds during the feature which means even more wins! Check out more on Alpha Squad below.

Saucify is an online casino casino slot games developer with a wide range of slots that covers traditional 3-reel slot games to highly innovative 3D slot titles. This software house was initially known as BetOnSoft, when they started operating in 2006. Most of their slot games are a bit plain, but where they lack in visuals, they make up for in features. 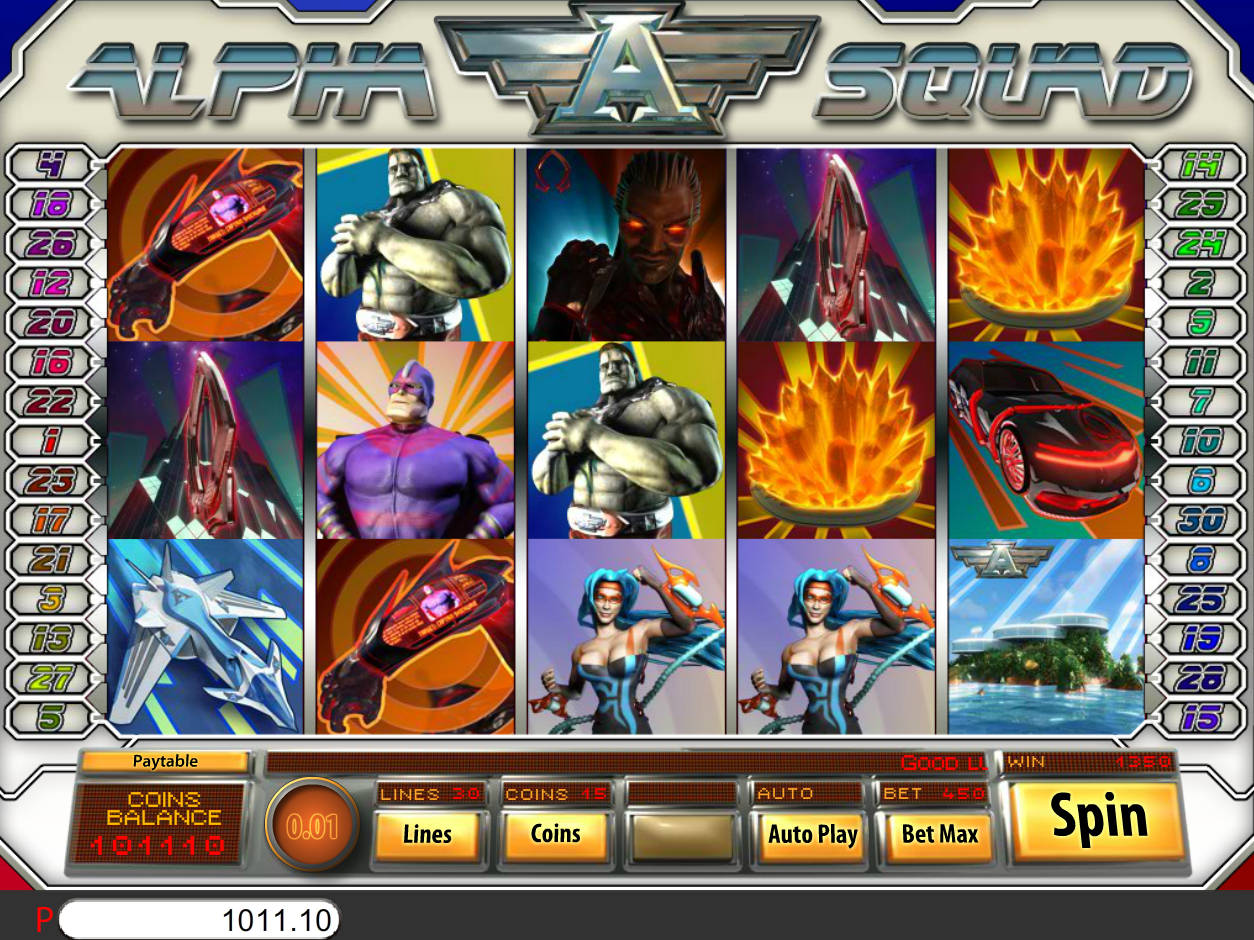 Alpha Squad will quickly become one of your best online slots on Easy Slots. The visuals and graphics on display will quickly draw you in and have you falling in love with this slot. The animations are fun and seamless- the hulk punches the reels in excitement and the glass cracks. Symbols on the reels incorporate striking colours with the main symbols being the different superhero characters. Others include a futuristic car and spaceships. The wild in the game is represented by the metallic ‘A’ logo. If 5 of them appear on a payline, you’ll win 8000x your line bet and 1000x for 4. The wild can replace all the other symbols except the scatter and/or free spins symbols. 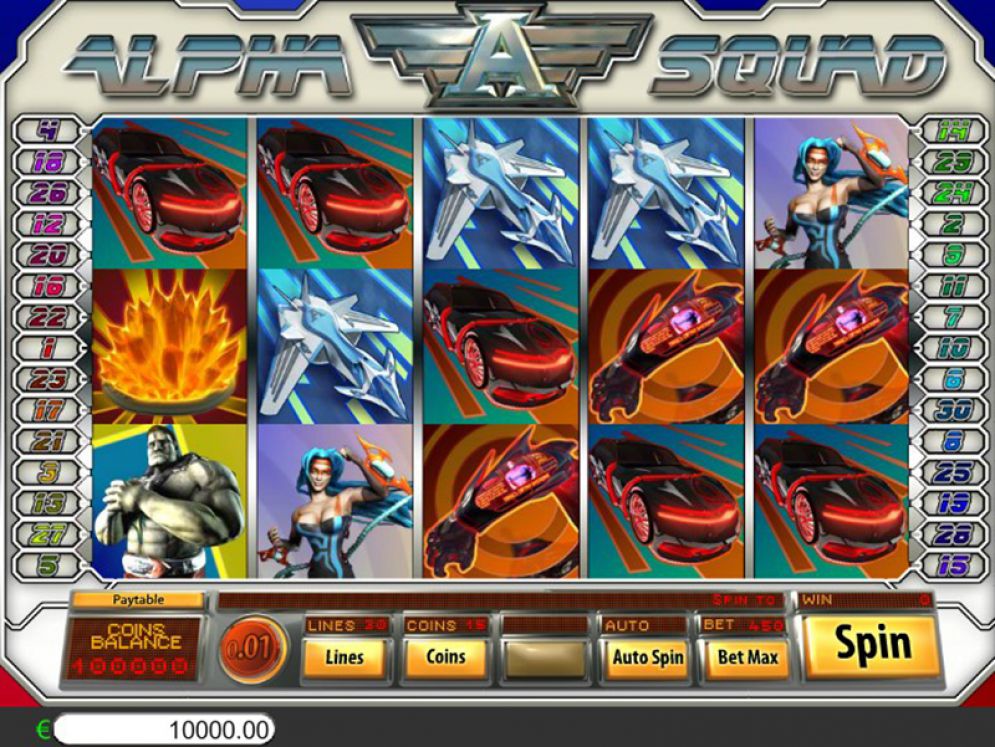 Our Verdict on Alpha Squad

Alpha Squad stands out among its peers in the superhero genre because it’s got a simple appeal that draws you in. It’s quickly going to become your best online slot to play on Easy Slots. That bonus feature will keep you hooked throughout. Give it a go.