Bestow the strength of Hercules upon yourself and strive to overcome this online scratch card game. This game has a great little feature that allows you to scratch off the surface of the game board rather than clicking individual tiles which is the case in other best slots UK games. This adds a certain element of surprise and intrigue to a game based around the Greek god. Enjoy the thunder crashing off the rocky cliff face as the acropolis watches on in the background. 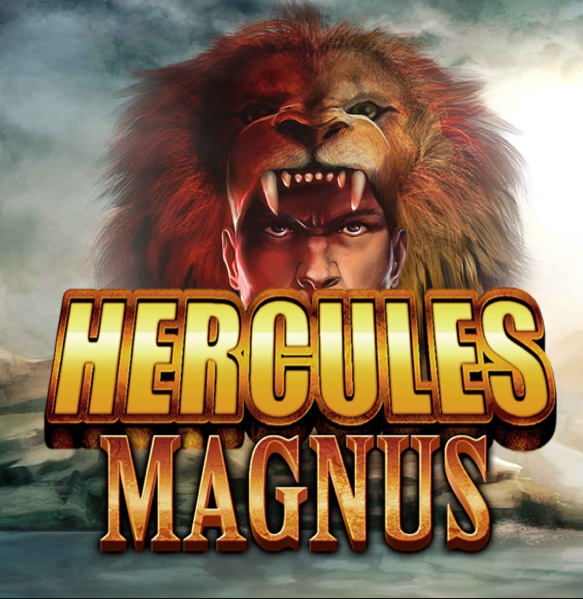 The developers at PariPlay are dedicated to creating some of the best online play slot games 2019 experiences in the industry, keeping the players entertained, visually delighted, and financially pleased. They excel in slot games, as well as online scratch cards, offering variety when it comes to themes and gameplay. Hercules Magnus brings back to life the ancient myth of Hercules, one of the best-known heroes in history, who is here to defend you and grant you godly prizes.

Myths are an important part of ancient Greek culture, packed with flawed, yet majestic gods, monsters and heroes. Heroes are said to be half god, half human, having special abilities due to their partially divine nature. Hercules is probably the most famous hero, with a strength of epic proportions, coming from his father, the one and only Zeus. The theme is very well illustrated in the foggy, yet imposing background, portraying the Acropolis on top of a cliff. There are lightnings striking now and again, a symbol of Zeus, whose power stood in them. The background music also enhances the spirit of adventure that you will need on this quest to ancient treasures.

Hercules Magnus is an online scratch game, with rules that are different, but much simpler than those of a slot game. You basically buy a ticket, which is worth the set amount of 0.50 credits, and consists of 9 hidden symbols. Then, you have to scratch the card and reveal them, in order to see what you won. This particular game has a more realistic approach to the reveal, as you have to physically move the cursor over the card, for it to be scratched. That way, it gives a closer sensation to the one in real life, where scratching is part of the satisfying experience. If, however, that doesn’t appeal to you, there is a ‘reveal all’ button you can click, for quicker results. There are more general easy slots promotions here. 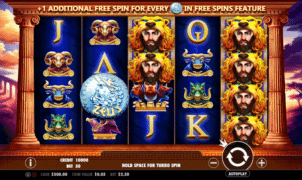 In order to win, all you need is to have 3 identical symbols on the same ticket. No importance is given on their order, so collecting prizes is quite easy. The symbols consist of Hercules’ face, and different monstrous creatures that he has to fight. There are also several coin symbols with different values, ranging from 0.25 to 25 credits. All the values are written right on the symbols, so all the possibilities are very clear for all players, and the grand prize is that of 50 000 credits. Moreover, there is a random multiplier present on all tickets, ranging between 1x and 10x, which activates if there is a win.

Generally, Scratch Cards are quick online casino experiences for those players that have little patience and want the thrill of a fast and worriless win. The prizes, however, compare to those of any other game, so you won’t be missing out on anything. More casino bonuses are waiting, discover how to use and access our pay by mobile casino.

Hercules Magnus is a scratch card game with a glorious theme that will enthuse lovers of history and adventure, of myths and heroes, and there is a high chance you won’t leave empty handed, but rather a bit richer and certainly entertained.

An equally thrilling Easy game is our Mermaids Millions.