Here's another brilliant best slots game from the team at Elk Studios. Yar-Har me matey! The reliable gaming team at Elk Studios have brought you a fantastic pirates theme slots game that will leave you with shivering timbers! The Pirate’s lived a drastic lifestyle, to say the least by spending their days by ruling the oceans in horrifying ways. They would loot merchant ships and take no prisoners while parading in their intimidating outfits as they drank their body weight in only the finest rum. Obviously, this is a stand out theme that will appeal to most however that isn’t the only fascinating aspect of this creation, the quality of both the gameplay and the graphics is something also to admire. The software of Elk Studios allows the gameplay to run smoothly so players can expect an entertaining and fluent game. We’re also very impressed with the graphics, the clear visual ties the whole game together in what is a wonderful slot adventure. Check out our uk bonus slots here. We're sure you'll going love it!

Elk Studios who were first established in 2012, which makes them one of the more relatively newer game developers in comparison to the majority. Yet, they seem to thrive with the quality of their game productions and have made a statement in the market. Players are loving a whole host of their creations right now meaning that the future is certainly looking bright for Elk if they continue to launch best online casino slot games of the quality that have already reached the web. Games such as Taco Brothers, Ho Ho Tower and Route 777 are the more prominent creations produced by the developers.

The game is played on the luxurious sea water creeping up to the Port Royale, displaying phenomenal graphics that really emphasize the surroundings and the stunning backdrop of the turquoise blue ocean, that you are set to conquer! Now, smart looking graphics and high-end gameplay just sometimes isn’t enough and that’s the case here with this Elk Studios game. The creators have been generous to add a free spins feature that will generate you some big wins as well as a part 2 feature for those of you who just can’t get enough of Wild Seas.

Free Spins Feature: Look out on the 2nd and 4th reels as the wild seas flag will appear on both reels at the same time and will activate the free spins. The ship captain symbols all change leaving only one of them displayed. Keep an eye on the 5th reel as that gets invaded by wild sailing ships that travel left on each free spin. You have the chance to light up the cannons and fire at the ships if you hit a ship on 3 occasions and it sinks you will discover a treasure chest which leads to the part 2 feature.

Part 2 Feature: The treasure chests that you have accumulated will transform into sticky wilds. Sailing Wild ships will increase on the 5th reel and when a bomb barrel lads on the 1st reel, the free spins round will finish. Read more about Easy Slots pay by mobile casino. 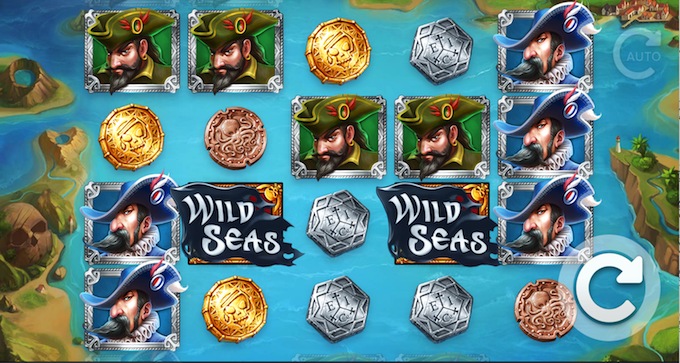 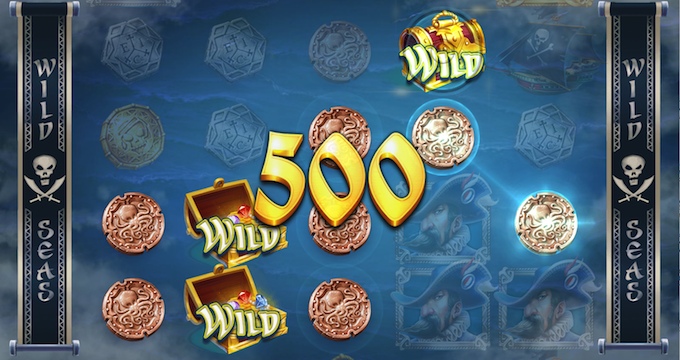 It’s fair to say this one of the more action-packed games here on Easy Slots, so if you like action adventure slots games then this one is for you. From the gameplay and features to the graphics, this game has it all and more, the Elk Studios team have come up with yet another fabulous creation. So, will you play or walk the plank? If you have tried Wild Seas and enjoyed it, we think You might also like Mega Slots Game.