Phantom of the Opera is one of the most iconic pieces of theatre ever created and, thanks to this chilling best online slots 2020 game, the famous Phantom is now the star of a captivating classic from NetEnt. 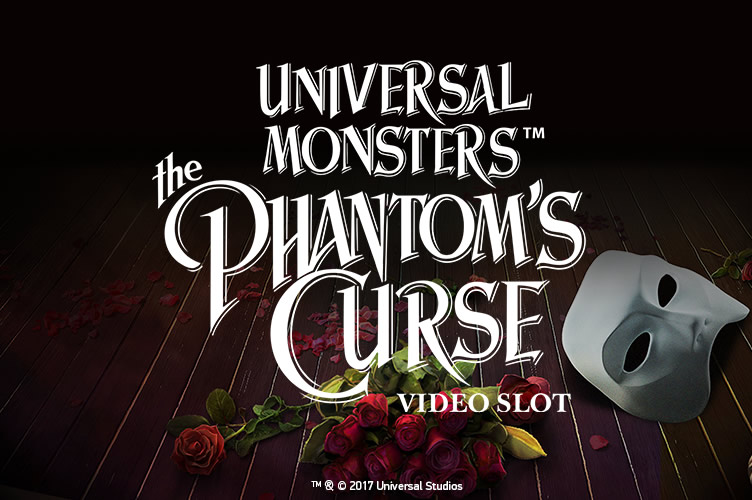 NetEnt have pulled off a fine feat to grab the rights to this eery character, as the musical phantom tries to curse your efforts to win. Beautifully crafted graphics, animations, and soundtracks are traits of this developer, all of which feature in this best online casino slot games play addition of Andrew Lloyd-Webber’s theatre masterpiece. 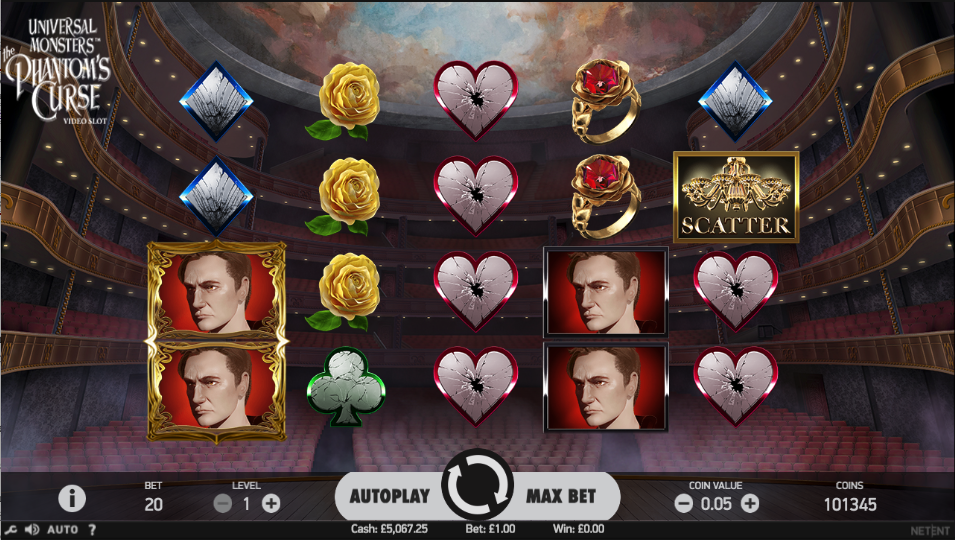 Universal Monsters: The Phantom’s Curse is a 5-reel, 4-row video slot with 40 fixed bet lines that pay from left to right and 1 to 10 bet levels. For symbols, you’ve got low-paying clubs, spades, dia-monds and hearts, and then medium-level pearls, yellow roses, knives and a ring. For anyone who knows the tale, the fact that the highest-paying symbols are the portrait of Christine and the iconic Phantom will not be surprising. The latter pays 36x your stake for 5 in a line - so don’t be scared of the man in the mask.

The famous chandelier acs as a scatter symbol, it will appear on reels 1, 3 and 5 to trigger the slot’s free spins mode which is one of the most lucrative elements of this game. Land the Chande-lier scatter symbol on the first, third and fifth reels at the same time, and cut off the attached rope to make it drop. Once all five ropes are cut, down it comes and the feature will come to a dramatic end.

During the free spins round the masked Phantom symbols also become stacked, covering the en-tire reel and acting as sticky wilds, which will in turn provide you with plenty of opportunities to win up to a massive 800 times your bet.

There’s more to enjoy in terms of bonus rounds such as the Pick and Click, which unfolds in 2 stages. Once the player has picked a rose; some will uncover coins whereas others will reveal X blocker symbols which will lead to the next stage. In the second stage, players choose 1 mirror out of 3, which represent multipliers of either 1x, 2x or 3x the coin win earned from the first part. Es-sentially, this means a maximum point win of 7200 coins.

A re-spin feature is triggered when a double Stacked Phantom symbol emerges on the first reel and a double Stacked Mask symbol appears on the fifth. This causes the stacked symbols as well as the mask and phantom symbols to turn into wilds and remain sticky on the reels during one free re-spin. EasySlots promotions are awesome! 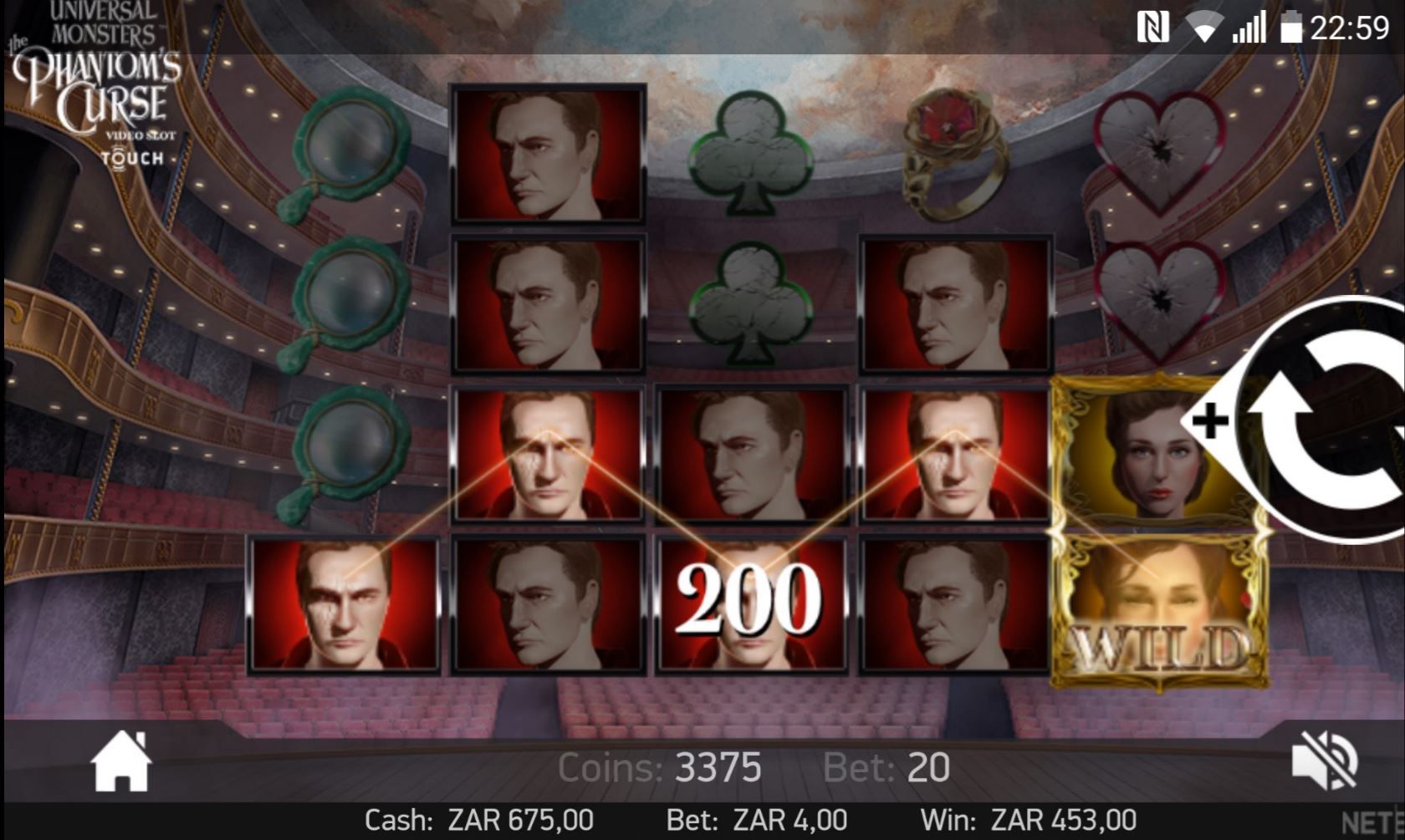 This is a captivating slot game if ever there was one, as the makers bring the chilling tale of The Phantom of the Opera to gaming world. The production of this matches the production of the fa-mous theatre piece, with slick animations and a haunting main character - not to mention so many ways to win. Join today and learn more about slots pay with phone bill.