The Champions by Pragmatic Play is the perfect way to usher in some World Cup spirit whenever you need to. It's a football-themed best online slots uk game with special features like the Momentum Progressive Game feature, Penalty Shots Bonus and more. You can win up to 100x your bet. The game is playable on desktop, mobile, and tablet for 25p to £125 a spin.

Pragmatic Play made its debut into the gambling world recently, but they've already managed to establish a solid reputation for themselves. A company that was started in 2015 has already earned recognition from the top online slot games developers, fans as well as key players in the industry. This is obvious from the way they have already bagged several awards. 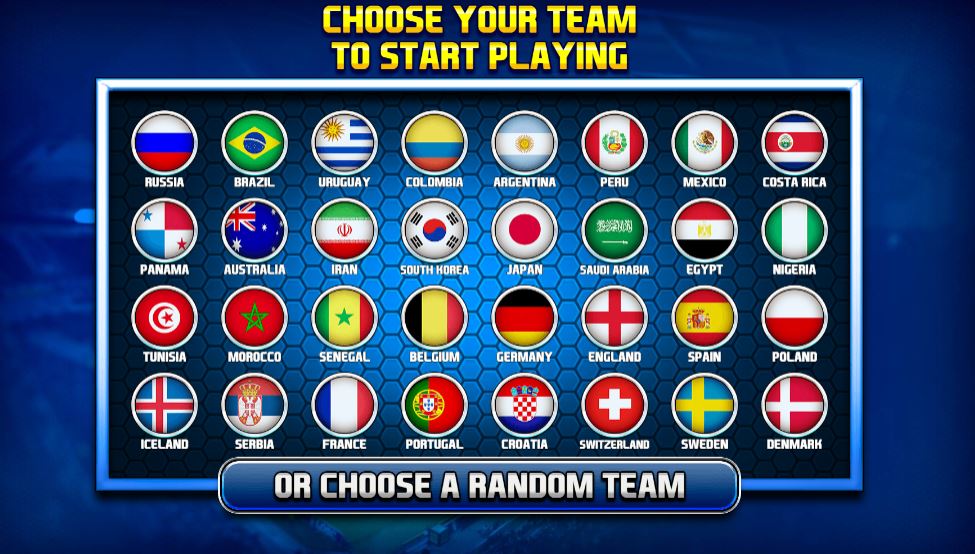 The first thing you’ll need to do when the game starts is picking which country you get to play as. You will pick 1 among 32 teams that qualified for the 2018 World Cup. The game includes packed stands and a pitch lying in the background. Symbols on the reels include; A, K and Q card symbols, boots, a shirt, a football, whistles and goalie gloves.

The colour of the symbols corresponds with the particular team you have picked. E.g. pick Brazil and there'll be lots of blue and yellow. The football pays the  best value of 2x, 8x or 20x your total bet when 3, 4 or 5 land on a payline.

Get through 10 free spins without any goals and you’ll reset the game back to the 1st  level with standard 1x payouts. 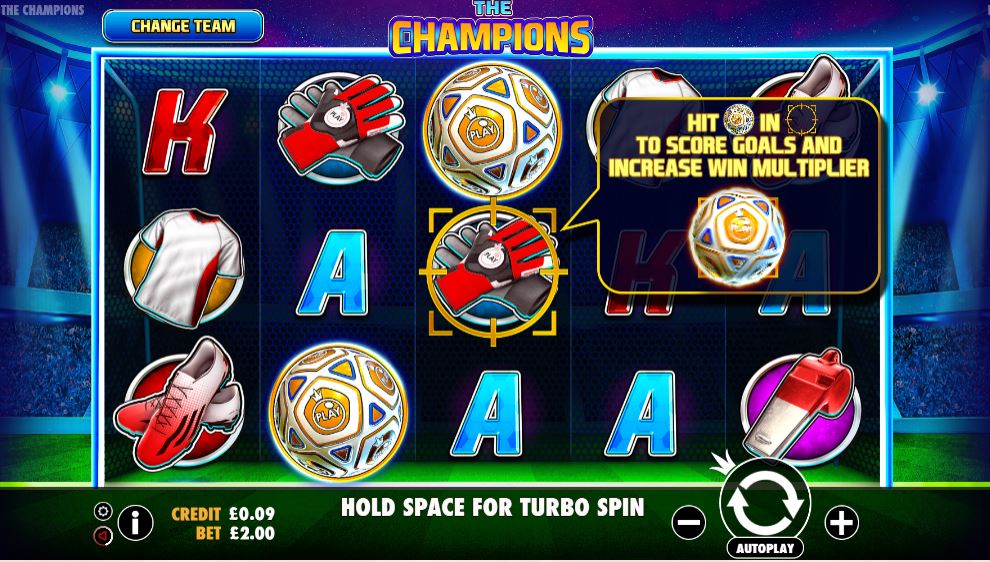 The Champions is an easy game to play. It includes very basic visuals with the main excitement resulting mainly from the penalty round and expanding multipliers. The game isn’t that volatile and its variance lies in the middle. Possible wins can go over 1,300x your bet on every free spin ( this is together with the 20x multiplier). The Champions is a solid slot that's worth considering if you love the football theme. Easy Slots also recommends that you try Birthday

Pay by mobile casino is the best options when it comes to depositing and playing this game.