3... 2... 1... BOOM! Arcade Bomb is a 5 reel, 20 payline best online slots UK game with a classic fruit machine theme. There is a slight explosive twist with this fruity slot with the addition of exploding bombs that blast throughout the game to create winning combinations.

The design is very futuristic-looking and it almost looks as though it is set in space with the intergalactic background. It has a much more interesting design compared to other fruit machine slots which makes a nice change. Gameplay is fairly straightforward as you simply have to match symbols adjacently to win. There's also an exciting locked reel bombs feature where symbols lock into place for bigger wins. 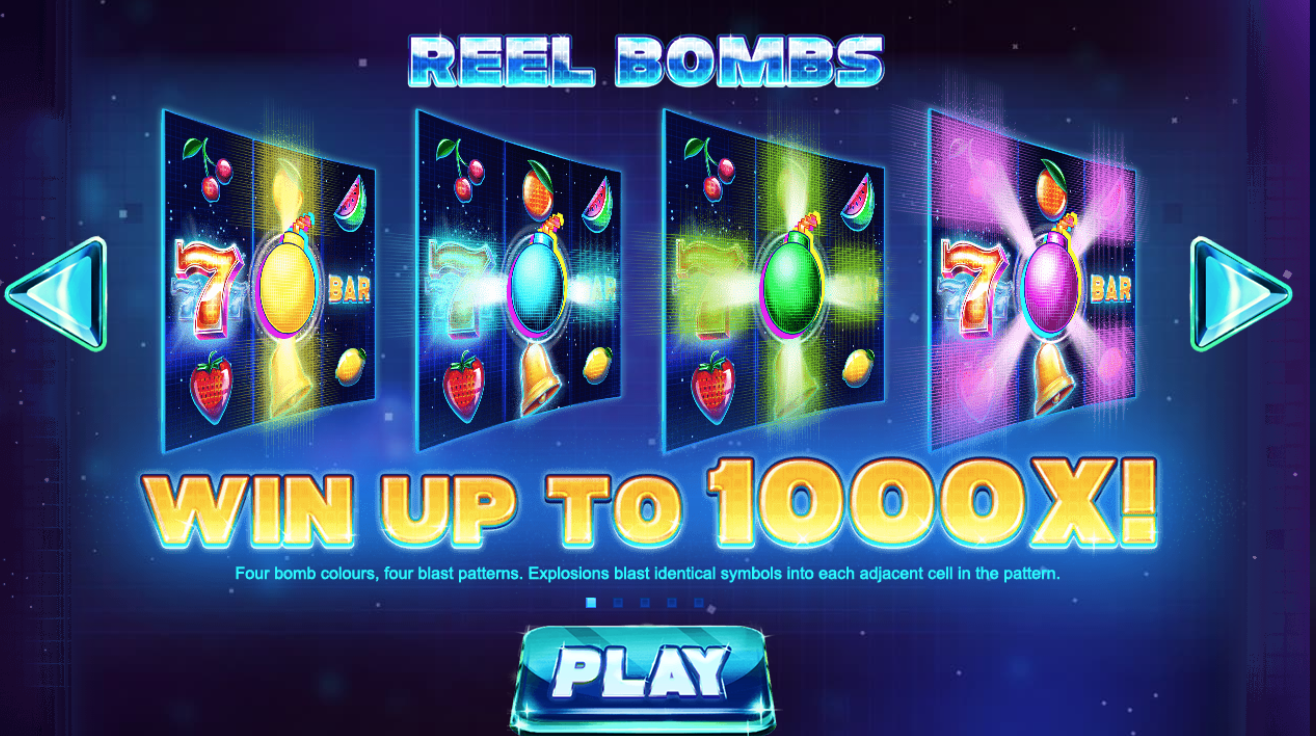 Arcade Bombs is a 5 reel, 20 payline slot created by Red Tiger Gaming. This online slot has a popular fruit machine theme with a fruit bomb twist. Watch the fruits explode all over the reel every time you win.

The design is fun, futuristic, and colourful. Behind the reels, you'll see a blue galaxy filled with billions of tiny stars. Symbols include pixelated fruits such as sweet strawberries, tasty lemons, tangy oranges, juicy watermelon, and red cherries. There are also lucky red 7s, golden bells, bars of gold, and bombs ready to explode.

Gold Bars - The golden bar is the next best paying symbol after all of the fruits. This awards up to 120x your stake.

Golden Bells - This is followed by the golden bells which award up to 120x your stake.

Locked Reel Bomb Feature - Multi-coloured bombs will drop onto the reels every time you hit spin. This will cause the reels to lock into place. Each bomb has a number attached which determines how many spins there are until it explodes. Why not join & spin today? 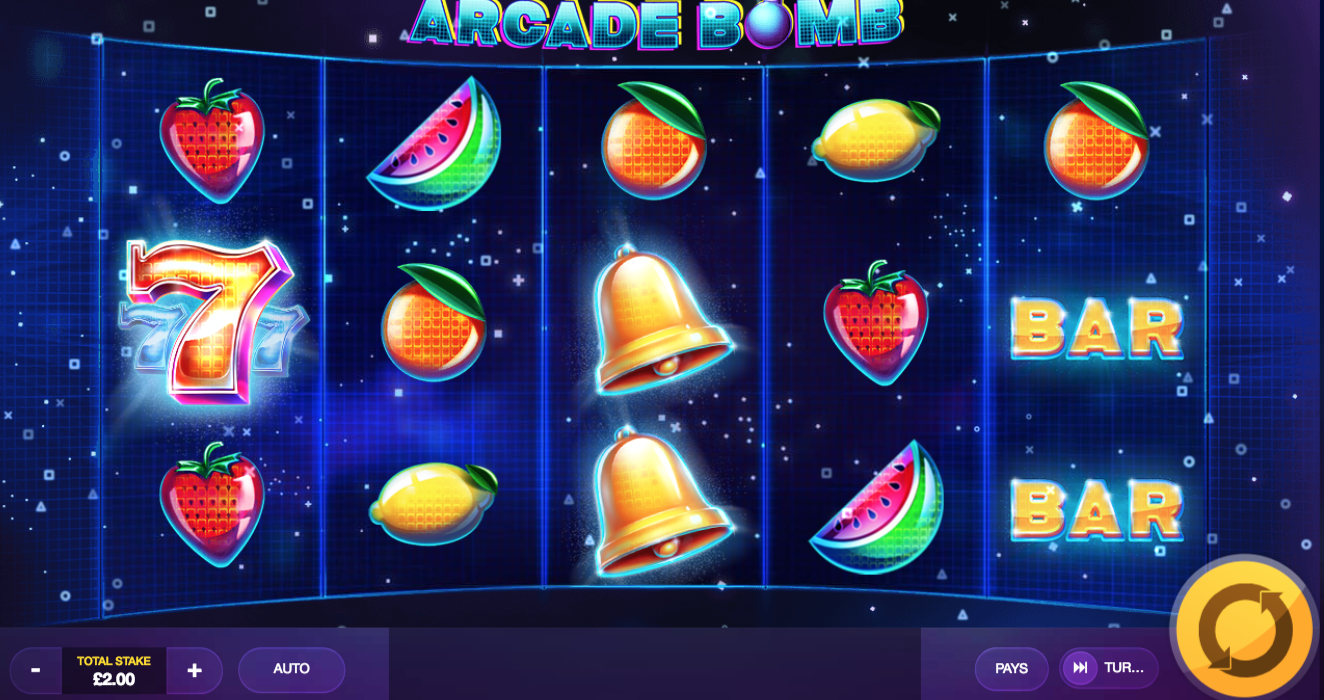 Red Tiger Gaming has been creating exciting games for the online casino world since 2014. Even though they are relatively new to the best rated slot games online scene, this does't affect the quality of their games. Red Tiger Gaming is very passionate about creating slots that all gamers will love.

Together with magic mathematicians, software developers, gambling experts, and graphics designers, Red Tiger Gaming creates some of the best slots on the market. They put lots of effort and expert knowledge into making every single game fun, unique, and creative. If you liked Aracde Bomb, you may also like these Red Tiger Gaming titles: 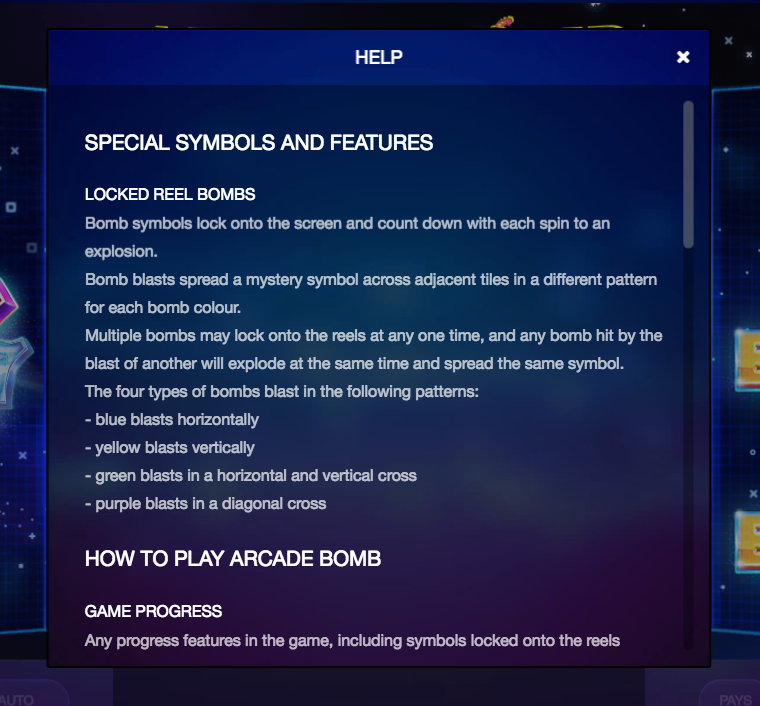 Arcade Bomb is very different from the standard fruit machine. The design is out of this world with its space theme and pixelated fruits. The addition of the explosive bombs makes this slot super fun. This slot offers some great prizes including a multiplier of up to 1, 000.