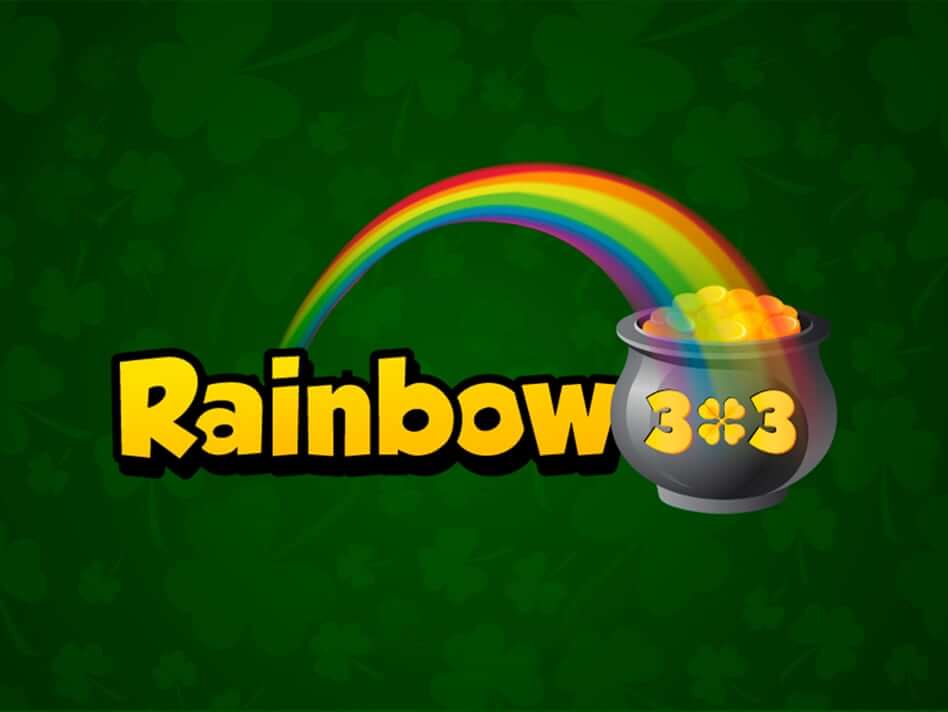 Rainbow 3X3 is a slot game from 1X2 Gaming which makes use of an Irish theme. This is not your typical slot sites best games, and it offers several innovative features, not least when it comes to the structure of its reels. If you have played Fruity 3X3 then you will be familiar with the way that Rainbow 3X3 works. Here, we will take a closer look at the game, and you can also discover a little more about 1X2 Gaming.

Rainbow 3X3 offers a slightly more complex reel structure than most other standard slots games that will find in an online casino. The reels are three grids, each with three rows and three reels, which helps to explain the game’s title. These grids all spin independently of each other, opening up a whole heap of variables and possibilities when it comes to creating winning combinations.

All of the symbols on the reels have some kind of Irish connection. These include balloons in green, white and orange, the flag of the Irish Republic, a pipe, hops, beer barrels, pints of stout, harps, shamrocks, a leprechaun’s hat and a Celtic cross. There are no wild or scatter symbols in this game. The variation instead comes from each row in the three grids having a different value in terms of the prizes on offer.

1X2 Gaming is a company from the United Kingdom which is based on the south coast of England in the Sussex city of Brighton. Known for its creative culture, Brighton has also been dubbed by some as being England’s ‘Silicon Beach’ due to the number of tech companies that are based there.

The company was established back in 2003, a time when interest in playing online fruit machines was growing. Since then, it has produced a catalogue of over 30 slots games that you can find in an online UK casino.

1X2 Gaming works in other sectors of the gaming and casino industry, as well as producing slots online games. They produce versions of casino games like blackjack and roulette, as well as scratch cards and bingo games. Virtual sports betting has become an important part of their services in recent years. Find their other bonus slots here at Easy Slots.

Deposit by phone slots are the favourite of Easy Slots gamblers, and this is one in particular is amongst the best. Don’t miss it and you will remember us!

Rainbow 3X3 offers an innovative and interesting structure that is different from what you will find in the vast majority of other online slots games. There is a lot of action to keep players busy, and working out which combinations are the most valuable can be an entertaining way of spending time.

If you’re looking for something different, this is certainly a game which is worth exploring and offers greater variety than most other Irish-themed best slot game. Another game that our customers love and play daily is the Mermaid Million Slots! Check it out!