Pumpkin Smash is among the best slots game. Pumpkins are associated more often than not with Haloween, but it doesn't have to be the scariest day of the year to take advantage of this thriller of a game. Whether you're getting tricked or treated by Pumpkin Smash will depend on how far into the high-paying bonus rounds you make it.

Geared around the festivities of Haloween rather than the horror, this captivating game is inspired by the Mexican holiday,   Dia de los Muertes or Day of the Dead. So, rather than the dark ghouls, blood and gore, expect brightly coloured lanterns, light and extravagant hat-wearing pumpkins in this fun take on an age-old tradition.

Yggdrasil Gaming is known for both their colourful approach to developing games, as well as their emphasis on making them widely accessible. Pumpkin Smash, like many other vibrant best online casino slot games that they've worked on, is available across phones, tablets and any desktop computers that you may need to fire up this game on. 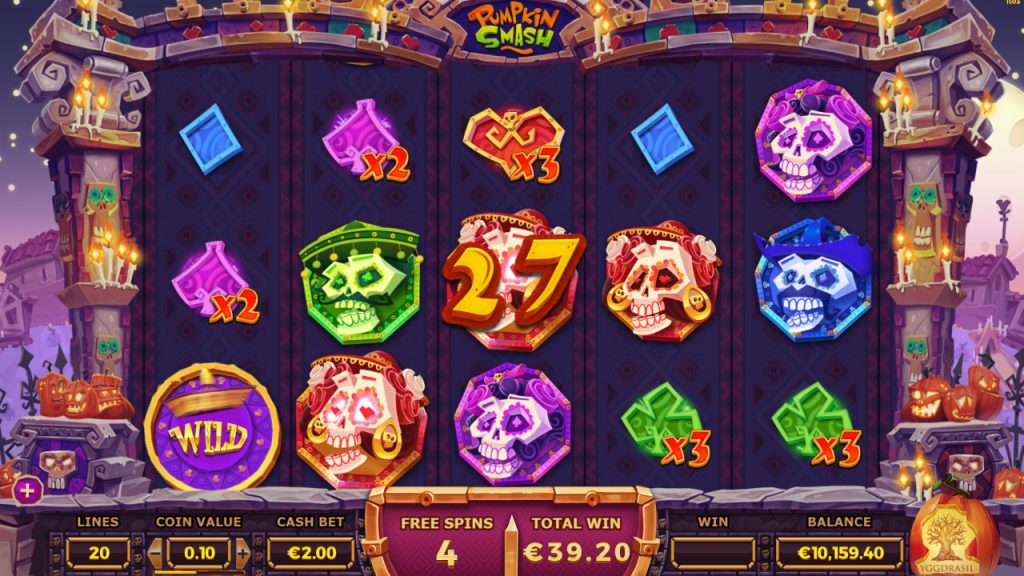 Pumpkin Smash is a 5 reel, 20 pay line slot powered by Yggdrasil Gaming, who bring their trademark exciting animations and splash of colour to this South American influenced game. It can be played from just 20p, all the way up to £100 per spin, and comes with 2 bonus features that you're going to want to take advantage of. A satisfying smash of a pumpkin reveals free spins, single symbol multipliers and up to 875 times your stake in coins. There's more on offer here than the sweets and chocolate you'd get for trick or treating.

To access those bonus features, you have the Pumpkin Smash Bonus feature which applies in both the base game and the free spin mode. To trigger it in the base game, you need to get between 2 and 5 bonus symbols anywhere on the reels – you will then smash the corresponding amount of pumpkins, each of which will reward you with 2 to 20 prizes each – they include:

Once in the Free Spins feature, landing 1 to 5 bonus symbols will trigger the Pumpkin Smash Bonus feature – you will then smash between 1 and 5 pumpkins which produce between 2 and 10 prizes each including: 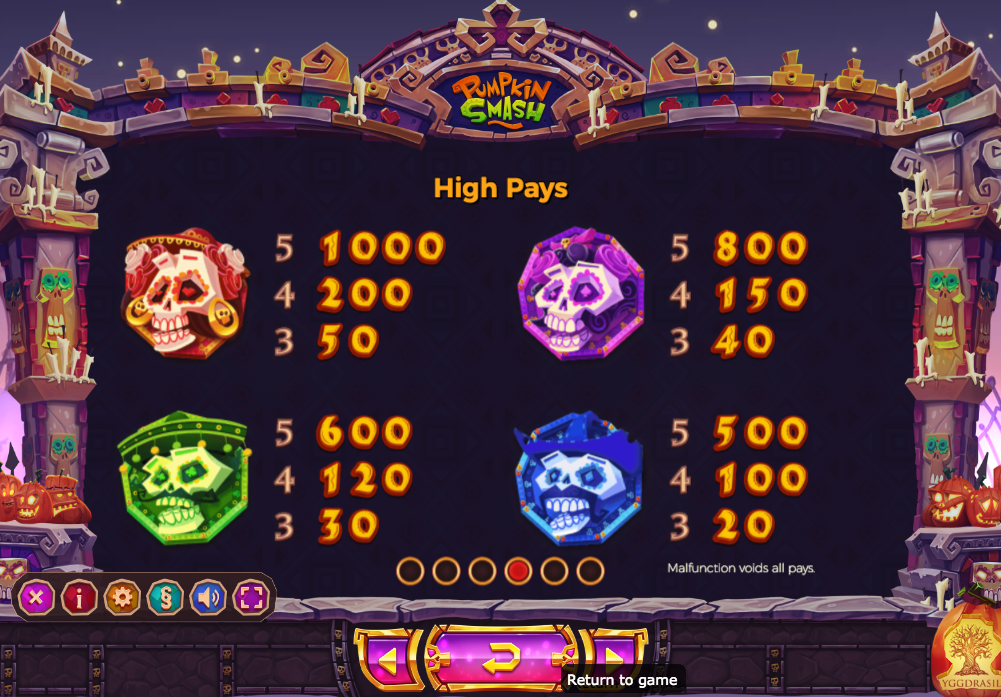 Pumpkin Smash is all about getting the bonus symbols in order to smash pumpkins - high multipliers mean there's a chance of getting some really decent size wins in a game that has a sense of humour and engaging layout. If you enjoyed Pumpkin Smash why not try Gonzos Slots