Pay Of The Dead 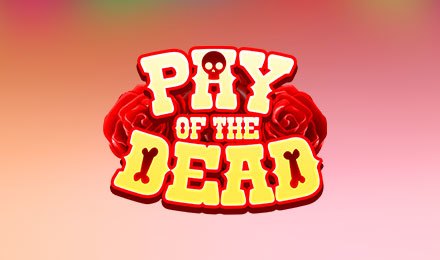 The Mexican festival Day of the Dead and its colourful but also slightly spooky aesthetic has come back into fashion recently, and of course there is a slots online out there to match that trend. In fact, there are probably quite a few, but today we are looking at the one developed by Slingo Originals, appropriately named Pay of the Dead.

While this is not the most exciting slot game in the world, simply because it is a basic slot, it’s very visually pleasing. The Day of the Dead is a beautiful thing and fortunately Slingo Originals have managed to make it into one of the best online slots themes right now.

It’s not just about aesthetics though. Pay of the Dead offers a massive max win of 10,000x, and although this is probably not the likeliest of outcomes for players, it’s interesting to know that it is there and possible.

Playable from between 20p and £50 per stake, this makes the maximum cash reward half a million pounds, which is enough to change your life. Something to think about while you’re giving it a spin at the best slots site of all, Easy Slots with plenty of free slot games to play.

We didn’t know much about Slingo Originals until fairly recently, but since then, they’ve quickly become one of the best online slots developers in our eyes.

Most famous for their Slingo games, which are a combination of both online slots and bingo, these guys know how to put together online casino games that are a little out of the ordinary. Maybe that’s why Microgaming, arguably the best slots developers of all time, decided to acquire them a few years back.

Here are, in our opinion, the best online slots from Slingo Originals to date:

Actually, Slingo Originals have over 600 online slot games to their name at the time of writing, so not only do these guys know quality, they have a great work rate when it comes to quantity as well. 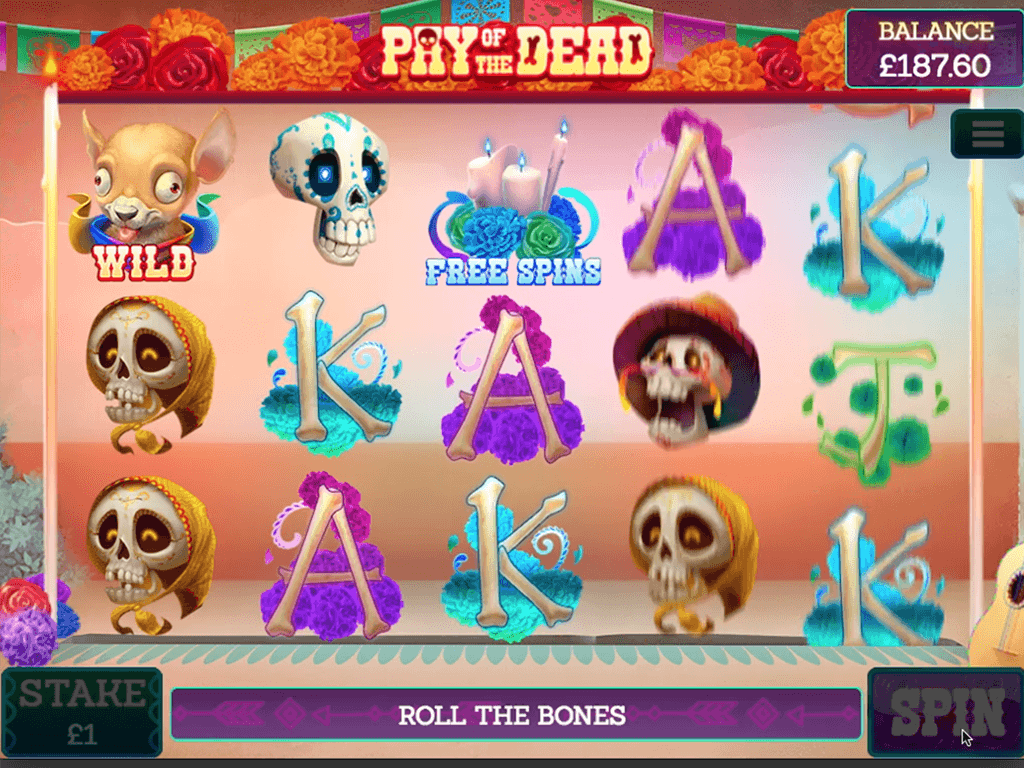 With its 5x3 reel configuration, Pay of the Dead is quite a simple slot, but the way it is presented is very appealing thanks to its use of the Day of the Dead aesthetic from Mexico.

This theme is carried through to the symbols that you will have to line up from left to right on the reels in order to win cash prizes in the base game. Other than the lower valued Royals symbols, the good ones are the skeleton characters which are quite spooky and beautiful at the same time. 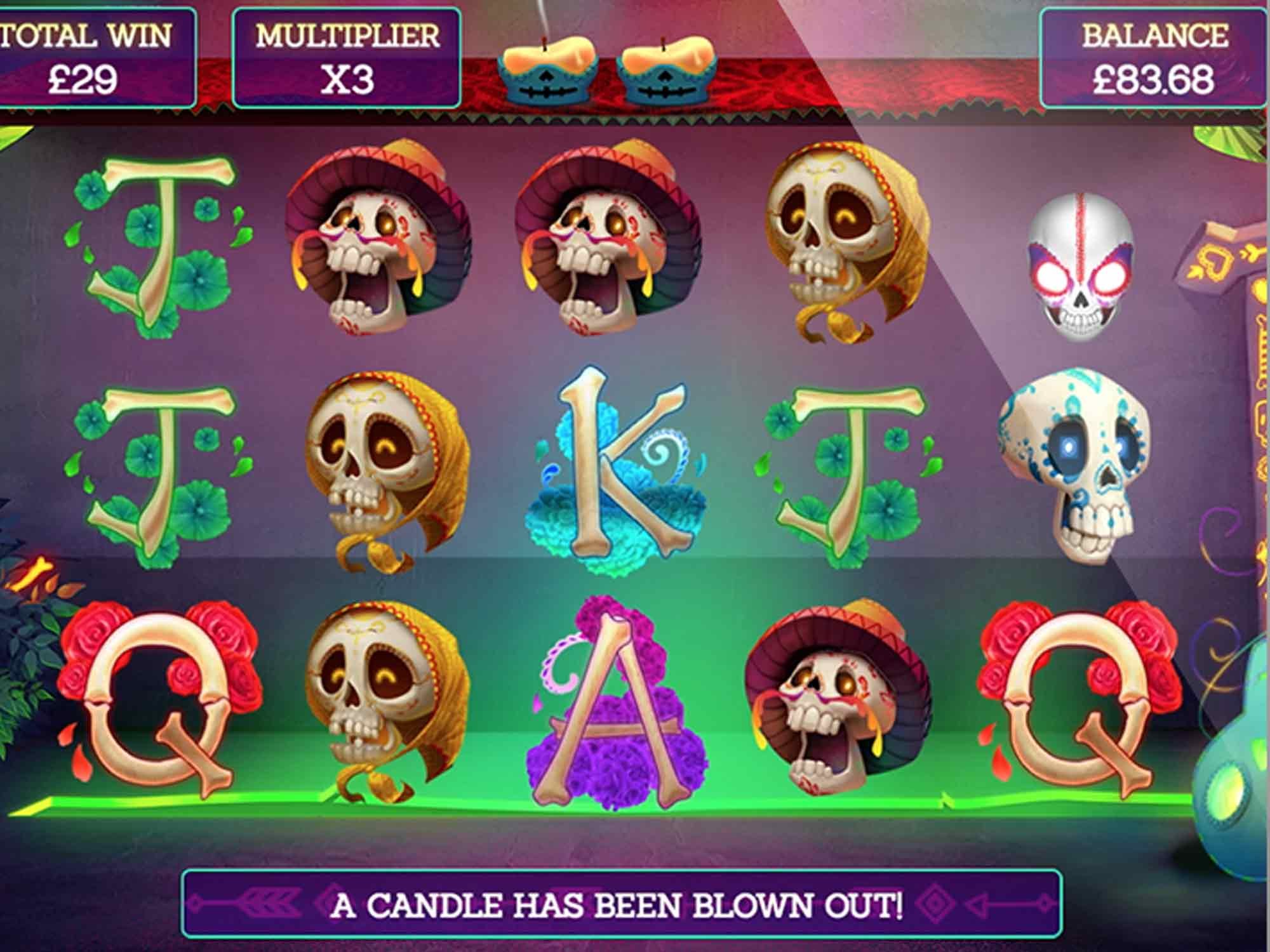 Bonus Features and Free Spins in Pay of the Dead Slots

It wouldn’t be a good slot without free spins, and thankfully Pay of the Dead has a few of those in its locker. These are achieved by landing coloured candle symbols in combination on the reels, and the three colour available represent different combinations of lives and multipliers. Every time you lose a life, your multiplier goes up, so you can consider that a nice little consolation prize when playing this bonus round.

Another feature available in Pay of the Dead is named Red Hot Re-spins, and they are awarded when you land just two candle symbols in a row instead of the three required for the Free Spins bonus that we just discussed. Red Hot Re-spins allow you to have an extra go at spinning for the final scatter with the first two locked in place.

These bonuses aren’t ones that we can see competing with the very best online slots right now but they are solid, and add towards the overall feel of the game in a nice way. 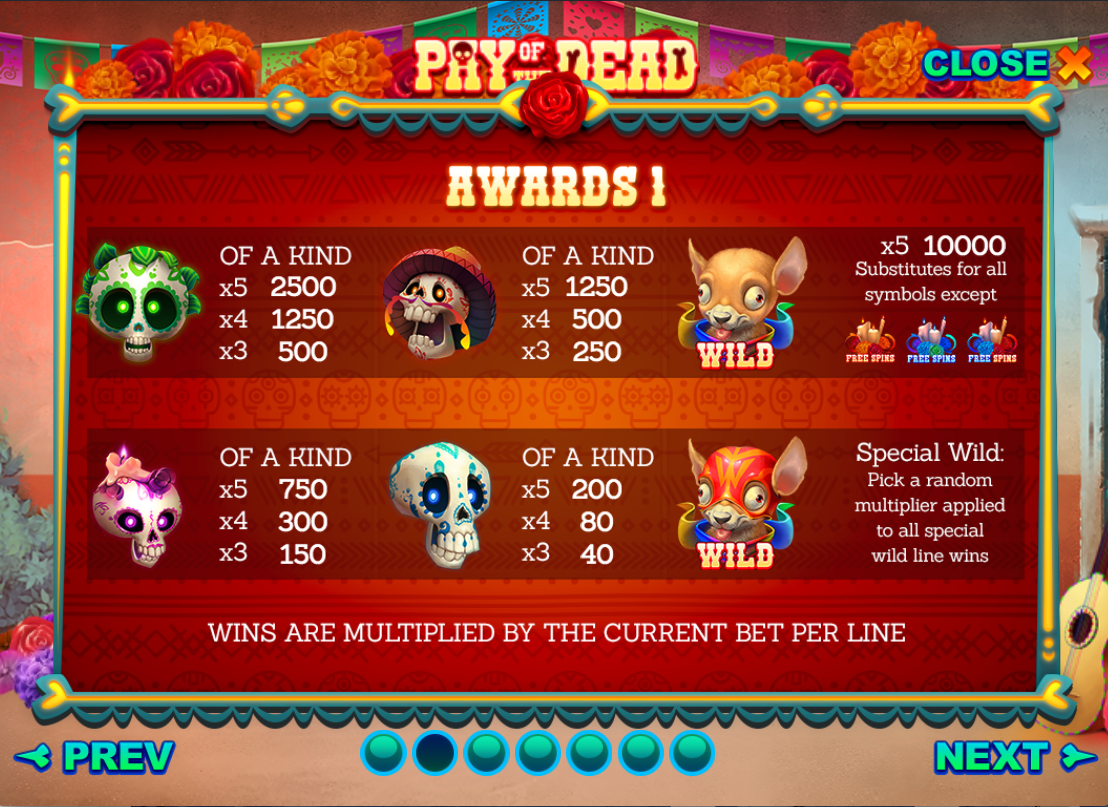 Our Take and Final Score on this Online Slot

While there is nothing in this slot game that makes it really jump out, or give it enough to call it one of the best slots right now, it does everything very solidly. Plus, Pay of the Dead is developed using some of the best slots graphics and best slots theme of recent times. For these reasons, we would give it a solid 7/10. For more fantastic slots, check out the Legend of Hydra Power Zones slot.