Jack in the Box

Heres a superb new slot on Easy Slots from the team at Pariplay. The ‘Jack in the Box’ online slots game by ‘Micro Gaming’, has on old school, retro theme about it, with many of the symbols resembling iconic features of a ‘fruit machine’. The ‘Jack in the Box’ itself was an infamous children’s toy which consisted of a ‘cranking action’ synchronised with the song ‘Pop goes the Weasel’ , which would result in a jester a.k.a. ‘Jack’ bursting out of the box, at any given moment. It had an early reputation for scaring young children; however there is nothing scary about this best online slots 2020 game. The theme may be simplistic, however the game play is smooth and this in effect makes this game perfect for beginners. The first step upon finishing your practice rounds would be to determine your stake.

This classic casino game has been brought to life by ‘Micro Gaming’. The game itself works on a standard set 25 line stake system. ‘Micro Gaming’ has grown a reputation for the quality for their game play, its simplistic style allows a perfectly smooth running game, with no ‘lag’ and little to none malfunctions. The developers have a wide spectrum of hardware in which their games can be played on. This allows the user to play on the move or in the comfort of their home for example. If you enjoyed this best online casino slot games play be sure to check out “King Tusk”, also developed my ‘Micro Gaming’. Discover more Pariplay games on Easy.

Jack in the box is a simplistic slots game, taking inspiration from the traditional fruit machine you may find down your local pub.  It works on the basis of three reels, two coins and one pay line. You can bet either one or two coins per spin. It should also be noted that the “Jack in the Box” symbol is a wild symbol, which can either multiply your score or find a higher pay line margin. You may want to take note:

·        A wild symbol: this will substitute your basic symbols for winning symbols, increasing your prize.

·       A free spin, this allows you to have a go without paying coins and is a fantastic way to add to your score.

·        Nudge reel: this will change one reel position for best possible pay out.

·        Random multiplier, this will randomly multiply a win.

·        Bonus round, this game mode allows you to increase your score.

Join today and learn how to use mobile billing casino. 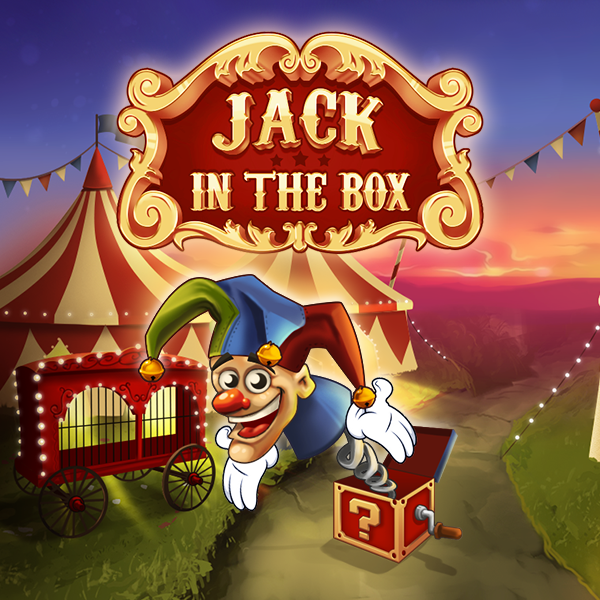 “Jack in the Box” is a very simplistic slots game. We would recommend this game for new players or returning users looking for a non-complicated game. The theme is fitting and emits a retro style, which will be already familiar with players. As the game doesn’t have many rules, if you are still unsure how to play, we recommend trying the demo version first. However, we are sure you will have fun!