Here's one of the best slots game where combined are one of the most ubiquitous online slot themes (fruit) with one of the most formidable names in online gaming (NetEnt). Although the crystalline fruit in Fruit Spin can’t claim the same nutritional value as its natural counterparts, this relatively minimal five-reel, four-row 40 pay-line game-board still keeps you coming back for more. This slot has some tasty features, most notably the retriggerable scatter bonus, Lucky Wheels, which awards free spins and big cash prizes. The RTP of 96.84% is pretty tasty as well.

If you’re a fan of online games you’ve probably heard of NetEnt. Set up in 1996, NetEnt were established in Sweden by three talented entrepreneurs and has grown into one of the major industry players. During the last two decades, NetEnt has accumulated a portfolio of more than 200 games, including traditional table games like blackjack and baccarat, multiplayer games and video slots, all translated into more than 20 languages. Whatever your taste or betting style, NetEnt has a game for you, with some of the best video slots around including Guns ’N’ Roses, Scarface and Wonderhounds. NetEnt has a lot of their best online casino slot games for you to choose from. 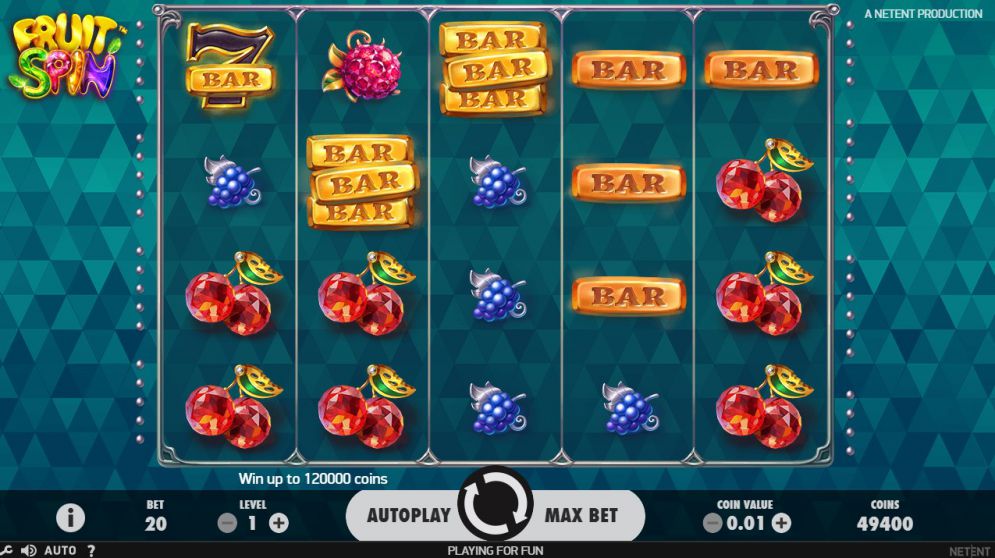 Fruit Spin is one of NetEnt’s more straight-forward offerings, but that doesn’t detract from the lush graphics, smooth animation and classic gameplay of this fruit-themed slot. Basic level symbols comprise smaller fruits such as blueberries and cherries, while high-value symbols include a single gold bar, a double silver bar, a triple gold bar and a golden plated seven-bar hybrid.

The duo of special symbols are the emerald wild and the ruby scatter, both of which only appear in giant 3x3 tiles.

Land a row of scatter symbols anywhere in view to initiate the Lucky Wheels Free Spins bonus (remember that the scatter symbol only appears in the form of a giant 3x3 symbol). Once triggered, each scatter symbol will award either a free spin or a red gem. Should you make like a magpie and collect three red gems all for yourself then you will begin the next free spins round with five spins instead (plus whatever goodies the scatters are concealing!).

Although the green emerald wild symbols and ruby scatters only appear in 3x3 giant tiles, this doesn’t mean that they cant appear in partial form (e.g. along the bottom row of three horizontal tiles). This makes the scatter bonus and big wins harder to come by but boosts potential winnings when they do appear. 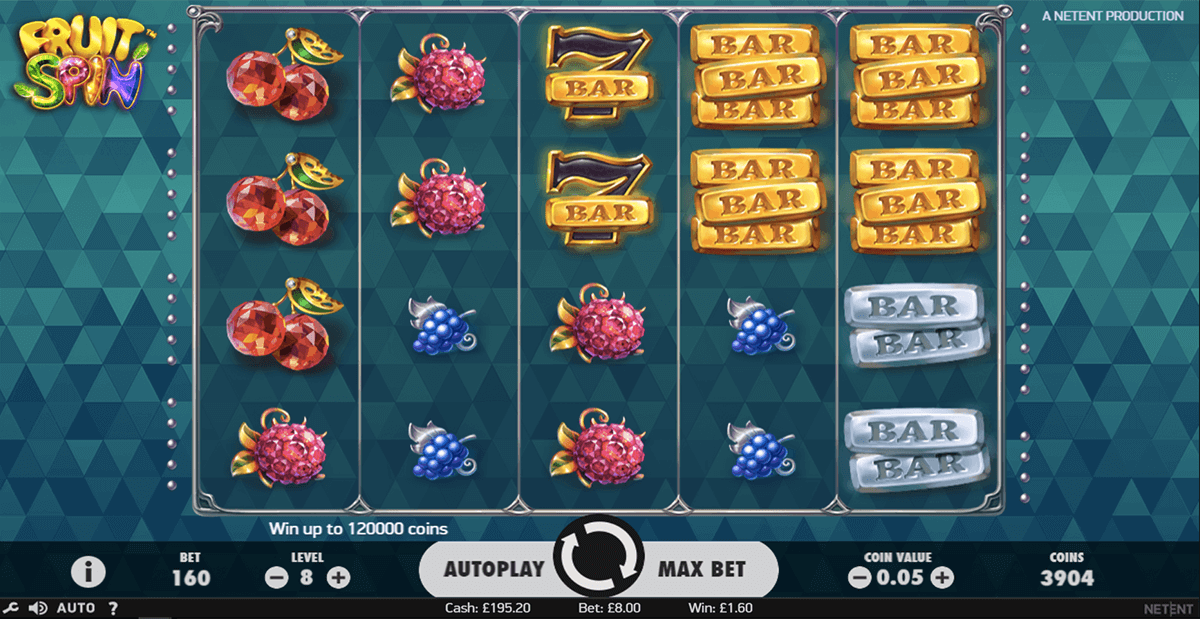 Get part of your five-a-day with Fruit Spin, a delicious fruit-themed online slot from the creative gurus at NetEnt. While Fruit Spin isn’t NetEnt’s most ground-breaking game, it boasts excellent gameplay coupled with an engaging (and potentially very reward free spins round). As well as that the high RTP of 96.84% make this slot more appealing still, especially when paired with a jackpot of 300x your stake. If you enjoyed Fruit Spin why not try another online slots, read more.