Microgaming have teamed up with another great startup slot developer Triple Edge Studios to bring Diamond Inferno, a very bright and visually stimulating slot game. Play it today at one of the best slots sites, Easy Slots!

The reels are set up against cartoon-like fire which gives a bit of 90s retro feel, and the classic themed symbols help add to this nostalgia as well.

While Diamond Inferno is a very classically themed slot game, there are a few bits in there to add some variation. These include some cool bonus features that can also help you win some cash.

While Diamond Inferno doesn’t compare with the very best online slots in terms of excitement, sometimes the classic slots are the best slots to play and as far as classic slots go, this is a pretty good one.

It’s available on all of your devices at Easy Slots today, where the slot promotions signup offer means that you can win up to 500 free spins on Starburst (one of the actual best online slot games) with your first deposit. So sign up today for slot games online to play!

Online slot tycoons Microgaming are a name everyone who has played slots more than once will recognize. Triple Edge Studios, maybe not so much.

So, to hear the two teaming up may sound a little odd, but it’s actually part of Microgaming’s initiative of teaming up with smaller slot game developers with a lot of talent but not much of a platform, to be able to get them out there, which is mutually beneficial to both.

Microgaming could give Triple Edge Studios the platform to go on to become one of the best slots developers on the internet, and Microgaming get to cash in on some of that success as well. A win-win situation, no less.

Triple Edge Studios are effectively a startup but they have produced some great slots. Here are a few of their best pay with phone credit slots games to date: 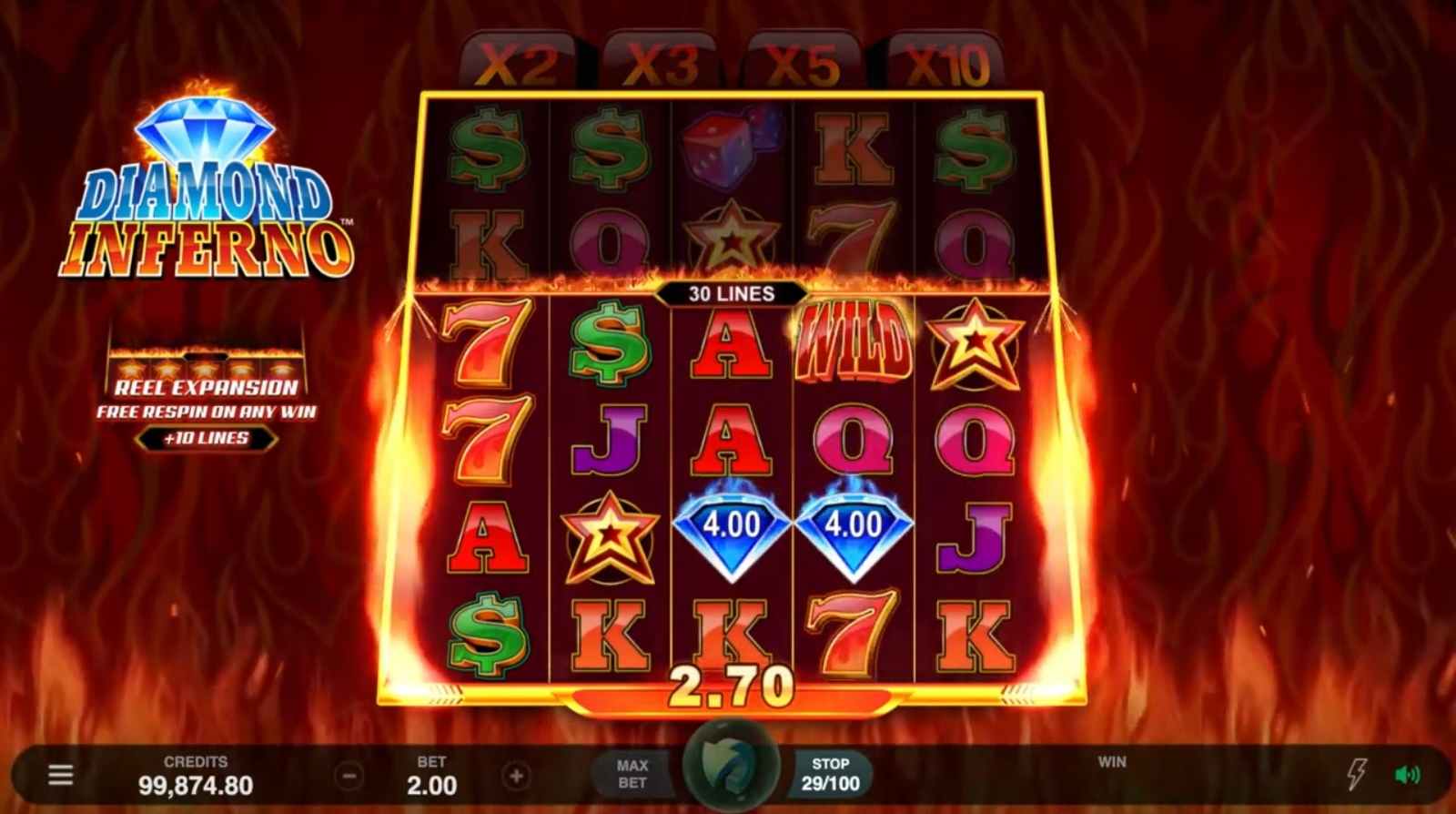 The base game of Diamond Inferno is pretty standard. Simply line up symbols to win prizes. 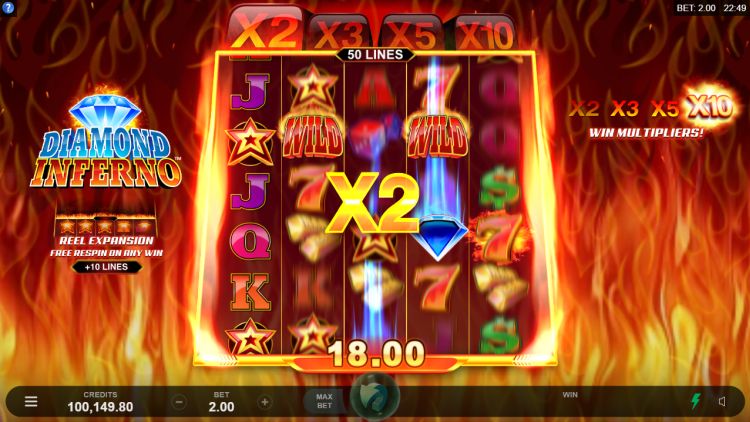 Although the reel configuration is a pretty standard five reels by three rows, another row can be unlocked by simply landing any winning combination. This new 5x4 reel setup has 30 pay lines, and you get to have one spin on it for free. That means that every single win in Diamond Inferno triggers a re-spin that has a better chance of winning - a very generous offering from Triple Edge Studios and Microgaming indeed.

If you win while the grid is at full size (5x6), another bonus feature is unlocked. This one is called the Multiplier Trail. Keep on winning in combination, and multipliers will be added to your wins that increase each time, from 2x, 3x, 5x and then 10x. As soon as you stop winning, the reels return to the standard 5x3 setup.

The scatter symbol in Diamond Inferno of a blue diamond is a little unconventional, as it simply awards prizes rather than free spins as is often the case with the scatter. Landing one on a particular row will give an instant multiplier - the lower the row, the bigger the multiplier, up to a massive 20x your win on reel six. 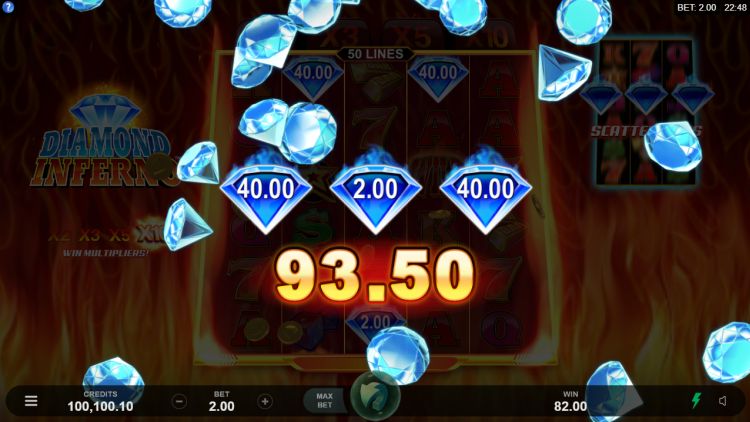 Our Take on the Diamond Inferno