Claws vs Paws by Playson is a 5 reel and 20 payline slot with a dog vs cat theme. These two win you lots of prizes from the diverse features like 3 main game features that are randomly triggered, re-spins, free spin features, wilds, progressive multipliers and more. It's regarded as one of Playson’s best online slot to date. Start your stakes from 20p to £100 a spin.

Playson was formed in 2012 and is still regarded as a new company by some of the best UK online slot games competitors. The company is continually expanding, proving that it's got what it takes to compete in the industry. 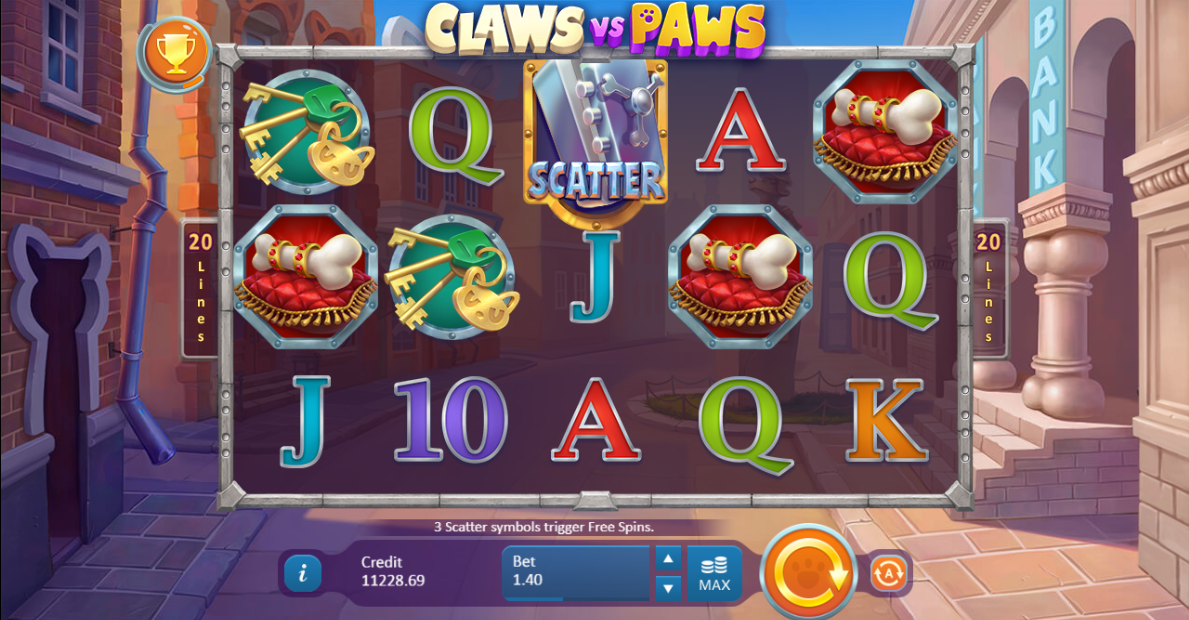 This game has got well designed cartoon graphics. Claws vs Paws is based on a cat and dog. The previous is a hacker while the latter is a watch dog whose duty is to guard the bank from the sneaky cat. This slot has a classic cops vs robbers feel with symbols on the reels including playing card values K, Q, 10, A and J, a diamond, dog bones covered in diamonds, police hats, the Claws vs Paws logo and  sets of keys. You can join & play today and discover our general Easy Slot promotion.

The logo pays the highest value of 25x your bet when 5 land on a payline.

- Sliding Wild Free Spins feature – It's triggered when 2 vault scatters ( on the 1st and 3rd reels) and a cat bronze frame scatter (on the 5th reel) land simultaneously. On each free spin, a Sliding Wild can be randomly added onto the reels. Players can get up to 3 of them which then slide a position down on each spin. The free games go on as long as Sliding Wilds reach the bottom.

-Sticky Wild Free Spins feature -This feature is activated when players land 2 normal scatters & the cat golden frame scatter. Spinners win 10 free spins & a certain number of sticky wilds that will be added to the reels on each spin. Watch the dog because sometimes he removes the sticky wilds. They can only stay in place for a given number of spins. 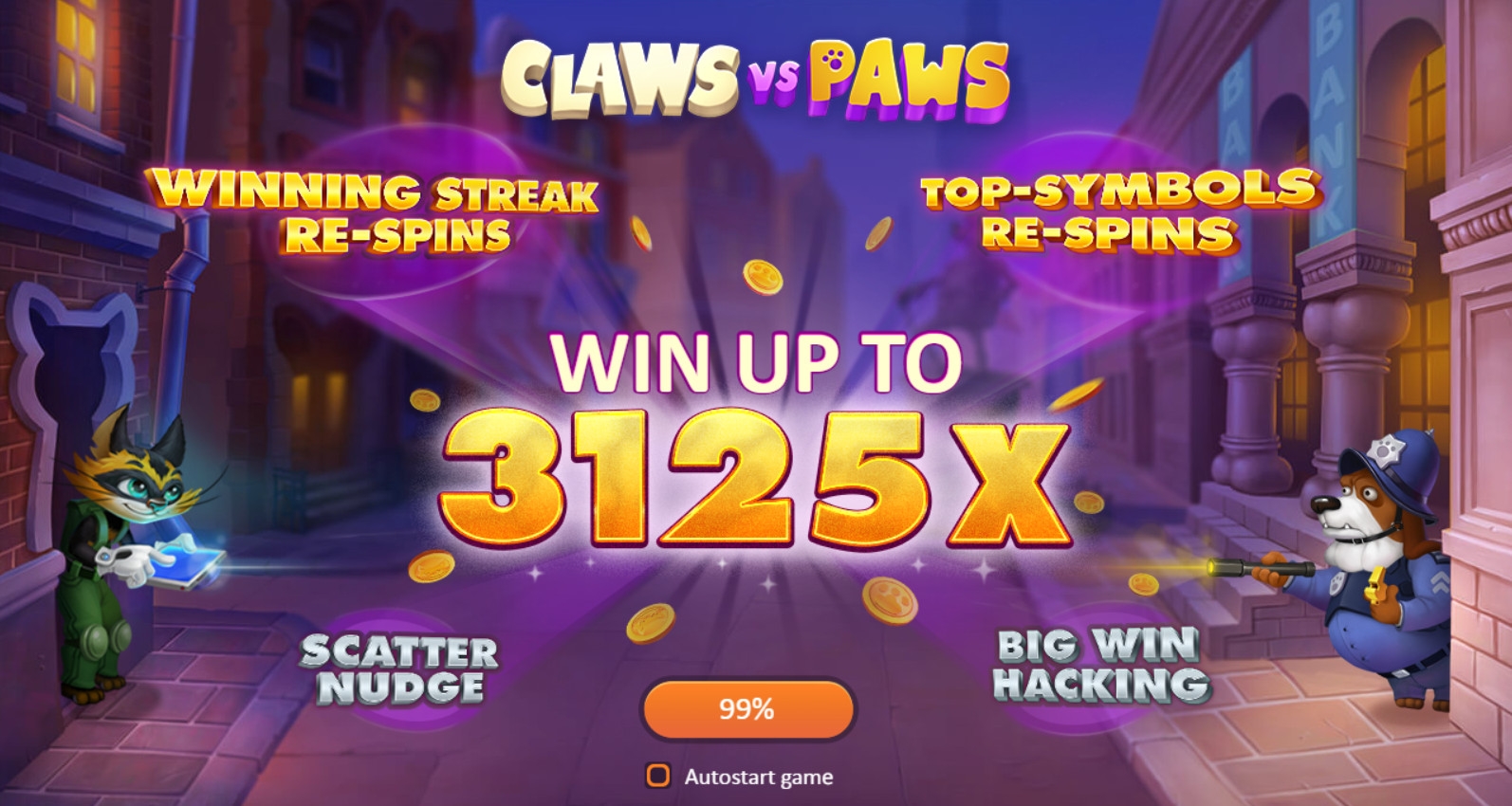 This Playson slot just might be it’s best release thanks to the diverse features. It's got a medium to high variance with the highest possible wins going over 1,700x your bet on every single Progressive Multiplier free spin. You can view more about mobile billing slot here

If you enjoyed Claws vs Paws why not try Piggy Riches Slots.