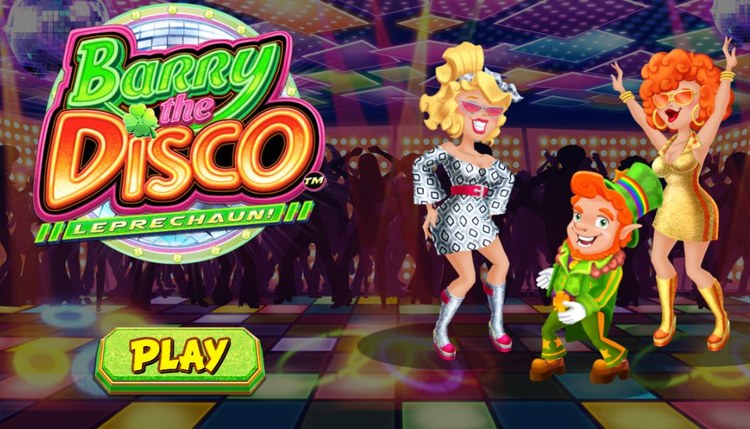 That explains why you see the disco dancers and leprechaun next to the reels, as well as glitter Royals, platform shoes, champagne glasses, and Wild logos. The design of this video slot is fun, the cartoon illustrations it uses are hilarious, and there is a prospect for massive wins in this video slot.

Leander Games is amongst the best slot developer with an exceptional track record unmatched by any competitor. Their development team is a collection of the most experienced hands in the industry, consisting of developers, mathematicians, graphic artists, creatives, and musicians. Leander games specialize in the fructification of innovative video slots, with some of their works, including the primo 'Reely Series' (Patent Pending): Reely Poker, Reely Roulette, Reely Bingo, and Reely Caribbean Stud Poker.

Leander Games have ventured into the making of Latino titles as well, which is a necessary move as they fix their gaze on the fastest-growing market in the gambling industry. 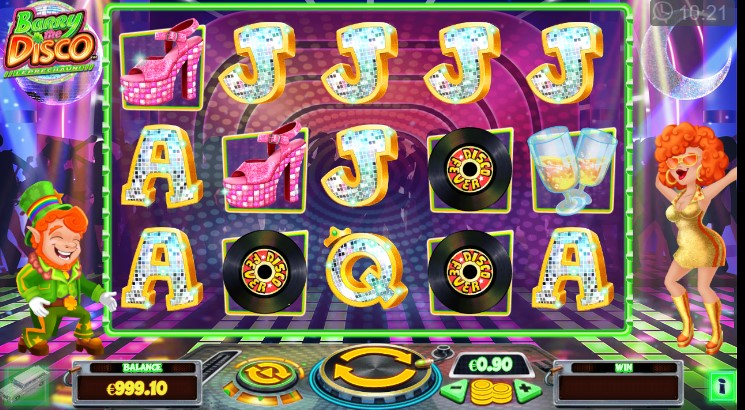 This Disco Leprechaun is, to no small extent, avant-garde as it gives players a fresh experience of the famous leprechaun theme. This time, the leprechaun character becomes an exciting disco star. The graphics of this Leanders game are ribs cracking because of its cartoon style, and the graphic design is a blatant attempt to capture the attention of users. Overall, Barry, the Disco Leprechaun, passes for a low volatility release as prizes are also on the small side.

5x3 reels are employed in Barry the Disco Leprechaun, and it features 30 active lines at all times. Punters can win as much as $60,000, though that’s only a 200x return when you combine the 200x with the RTP of 95.06%, there may not be much to grab. Nevertheless, if you're not playing it to cash out huge, it's not so bad. The list of features for this game includes: Wilds, scatters, re-spins, Drama Reel Re-spins, and free spins.

The typical starting point, in any slot with 30 active lines, is a bet of at least $0.30 per spin, but you can take it higher if you wish to. Barry, the Disco Leprechaun game, allows players to spend at most $300 per round, which means that each line gets $10 from your $300.

Before you get going to spin the reels of this amazing slot make sure that you check our new promo codes, as they could offer you up to 500 free spins through the Mega Reel! 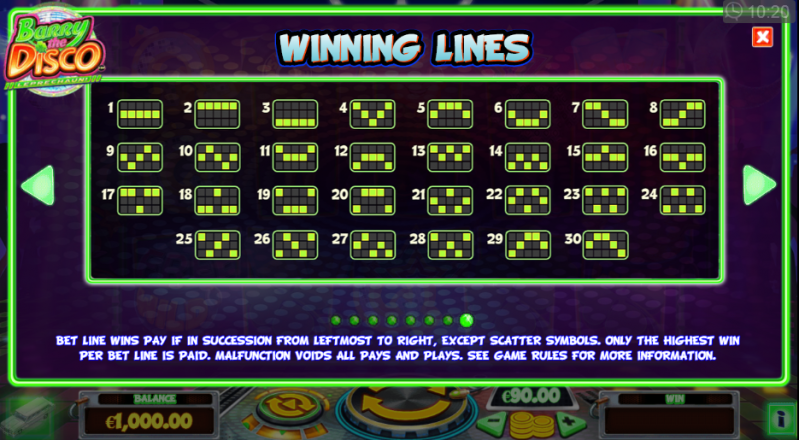 Owing to the design and low volatility of Barry the Disco Leprechaun, it is a favorable video slot game, which can be somewhat rewarding. Try it and see what's in store for you. If you enjoyed this game why not also check out Aztec Temple Treasures slot too?

The slot has low volatility as earlier mentioned, which is noteworthy for casual players because they don’t lose their money too fast, and they can keep playing for fun. Even if a player gets through a bad spell, they won't record too much loss.

If you prefer playing slots pay with phone bill, then Easy is the best casino for you.