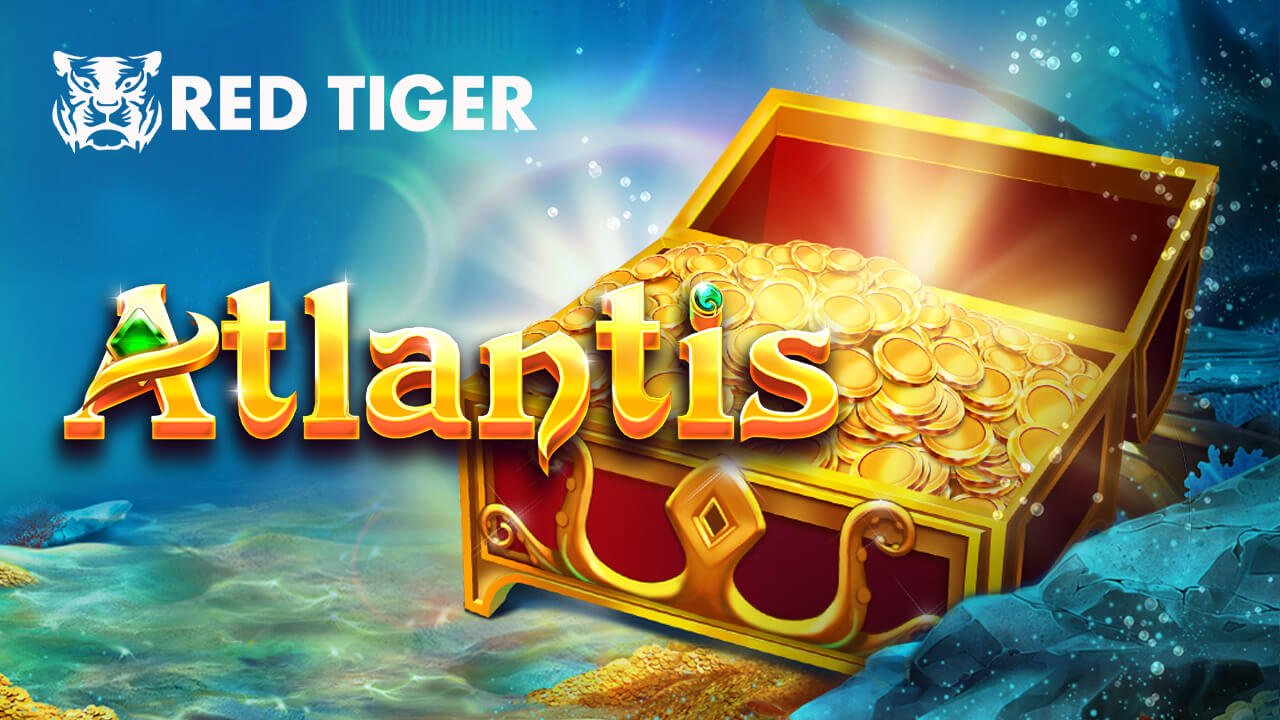 Discover the lost city of Atlantis in the latest slot from top slots online from developers Red Tiger Gaming, and in doing so discover some decent wins on the slots too. Be prepared for a real quest though, as this slot is pretty volatile, meaning your search for success and discovery may take a while, but when it does come could yield vast treasures of the ocean floor.

With an RTP of 95.77%, Atlantis sits slightly below average, but it makes up for this with a strong jackpot of 5202x your stake and some cool bonuses too. Stake anywhere between 10p and £20 and get spinning in Atlantis on mobile, tablet or desktop at the best slots sites such as Easy Slots today. So sign up today to play more games.

About Red Tiger Gaming - the Pioneers Behind Atlantis Slot

Red Tiger gaming were only formed six years ago, back in 2014, so they are newcomers to the online casino game in comparison to some. Despite this, they’ve established themselves quickly in the last six years and have more than enough potential to go on and become one of the best online slot developers if they keep playing their cards right like they have been.

The guys are becoming a bit notorious for their forward thinking ideas, bringing all kinds of cool themes and features into their online casino games. They have been bringing out new slots every month, and some of these have been the best slots we’ve played recently. Based in the Isle of Man, the guys have produced some of the best slots we’ve played recently with awesome graphics, including the following:

Some of the best slots on Easy Slots have been Red Tiger Gaming slots, and now we have Atlantis to add to that list, available on all devices. 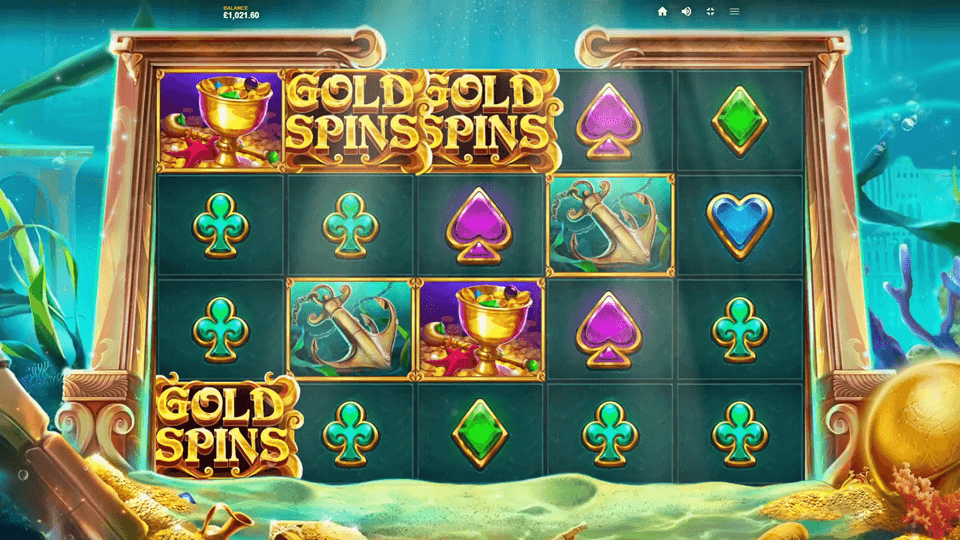 Immerse yourself into the long lost city of Atlantis, buried deep on the ocean floor. As the legend tells, there are vast quantities of treasures to be found here, and that notion is kind of continued in the slot too as the payout potential on this one is pretty decent with a jackpot of 5202x your stake to be made. It’s one the best slots jackpot in the world but there are a few ways to get a decent payout on the way to that number as well.

Atlantis is a five reel slot with three rows - a pretty standard setup for online slots. Set in a cartoon-like deep sea world with a calming aquatic soundtrack, there are a number of Atlantis themed symbols to play with once you get past the standard playing card lower-valued symbols. These are a seashell, a telescope, an anchor, a goblet of treasure and a golden city, the latter of which is the highest in value.

The symbols themselves don’t pay out a great amount disappointingly but there are ways to improve their value in the bonus features. 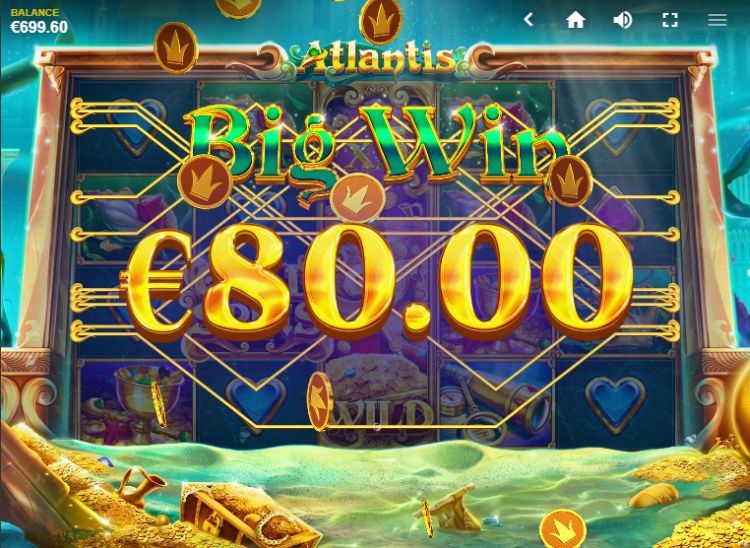 The Wild Reel feature in Atlantis is activated by landing the treasure chest symbol on the bottom of the reel. When this happens, that reel becomes wild and can have multipliers attached to it up to the value of 5x.

There is also the Gold Spins feature at your disposal should you come across it. Land three or more of the Gold Spins scatter symbols across the reels to get your hands on up to 16 free spins. During these free spins, the multipliers can really rank up so this is the best way to achieve the jackpot or get close to it.

Atlantis doesn’t have bonus features that contend with the best online slots but the ones it does have are pretty cool. 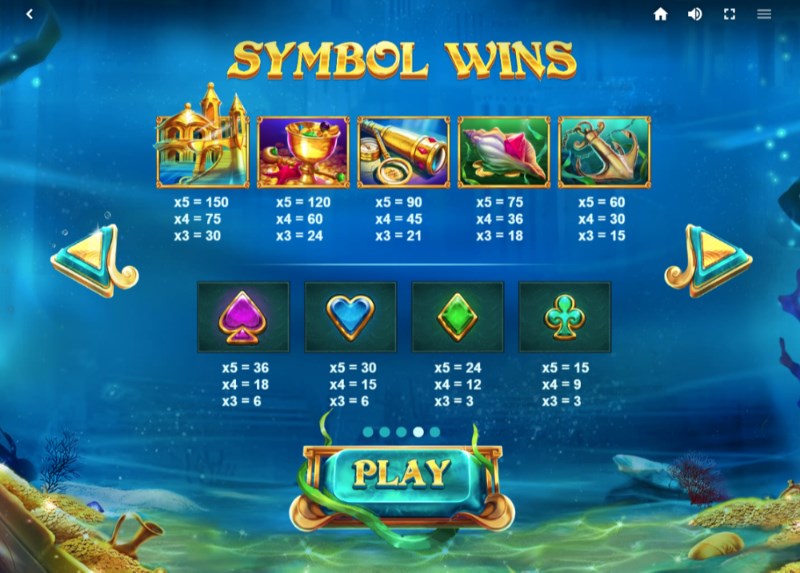 Our Take on the Atlantis Slot

So, Atlantis may not be the most exciting slot in the world nor will it rank with the best slots to play, but for those who like a gentle themed, nicely animated and easy to play slot then this would be a great one to play, just as great as the Atlantic City Blackjack casino game here at Easy Slots.