We bring you yet another top online slots game... 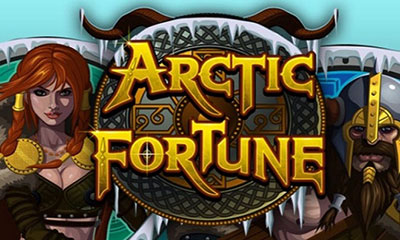 About the Developer (Microgaming)

Launching in 1994, Microgaming was the first slot bonus casino of its type. Now with a huge selection of gaming genres including blackjack, baccarat and sic bo their crowning jewel must be their graphically phenomenal video slots. These video slots make up most of Microgaming’s extensive portfolio and have brought us 5 star online slot games such as Mega Moolah, Lotsaloot and Major Millions. But that is just scratching the surface, with a huge range of TV and Move inspired games, uniquely formatted installments and progressive slots Microgaming is sure to have something for every gaming style.

Are you ready for a spine chilling adventure?

This arctic themed machine is formatted as a 5-reel video slot, with over 1000 ways to win this Viking Saga will have players on an epic journey in search of bounty. As well as the invaluable hordes of treasure, players will also encounter power hungry Viking characters along the way.

Before beginning the game, players must first set their coin size from the available options. Set at intervals between 0.01 and 0.20 players must then set the amount of coins per line (1-10), which is always increased by a 50x bet multiplier. Once all the monetary options have been set players are free to begin their adventures with a simple spin. For a spin to earn a cash pay-out players must line up 3 or more of the same symbol on consecutive reels starting from reel 1.

Arctic Fortune has an amazing 1,024-ways to win which gives players a wide scope to aim for with each spin with the highest jackpot coming in at 1,500 coins. The worth of these coins is based on the players pre-set wager, a wager that can be adjusted at any time between spins. To reach the jackpot players must line up 5 Shielded Warriors during the quest. The second highest paying symbol is the female Warrior, followed then by a large Viking sporting a work Viking helmet. The lower value symbols include a Treasure Chest, a Longboat, a White Wolf and the classic Wine Filled Horn.

In addition to these symbols players will also come across 2 additional bonus symbols. One is the Arctic Fortune Wild, taking the place of any other none-bonus symbols, the Wild can secure a player a winning payline with ease. Available on the 2nd and 4th reels it could also turn a 3-in-a-row to 4 or even 5, giving players a maximum payout. 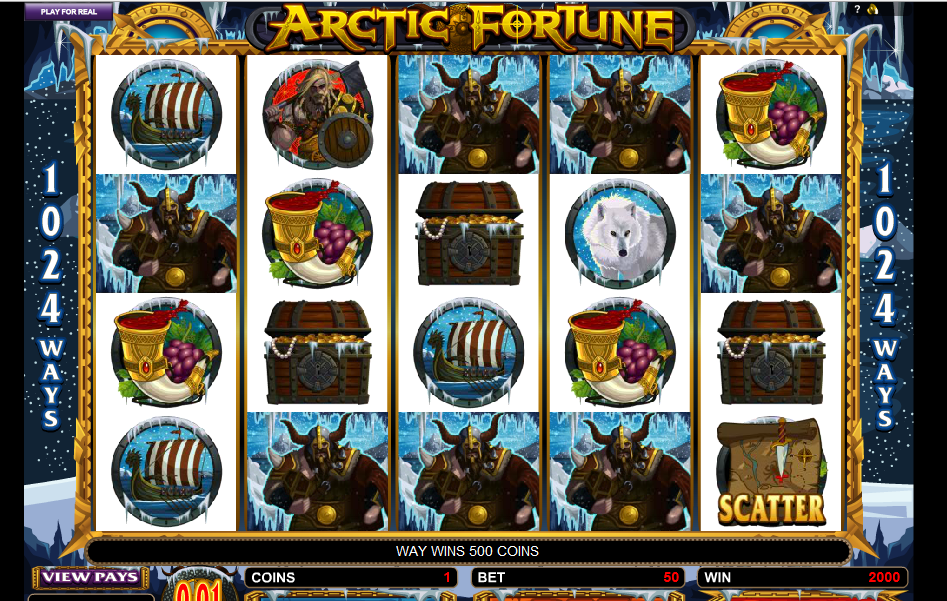 The Arctic Fortune Wild will however not replace a Scatter, despite this, the Scatter has its own set of bonus features. Depicted as an Old Map, the scatter can appear on any of the 5 available reels. If players manage to locate 3 of these symbols positioned anywhere over the reels a special bonus game will trigger. During this mini-game find yourself in battle with overgrown arachnids. The mother spider will appear sending her babies in for blood. Kill the giant spider and hit the leavers to open the door and end the bonus game, revealing your prize. This prize is set to be grand, gifting players up to 9,000 coins after the beast has been slain.

Arctic Fortune is a uniquely themed game with an interesting additional bonus round. When playing the base game players will feel at home, the format is typical of modern video slots and the symbolism is easy to follow. Even the addition of the Wild symbol shouldn’t throw and seasoned players off their game, but when 3 Scatters fall get ready for the ultimate battle in hopes of winning 9,000 coins.

A less wintery game for you to try is our Twin Spin slot.