Africa has always been a fascination for many people all over the world. It’s the motherland- the origin of mankind and archeologists are still studying the continent till today. It’s exciting to see the African savannah portrayed in films, books and artwork, but even more exciting in a game. Stampede is a slot creation from Eyecon which will cure your craving for a safari. Enjoy beautiful African inspired graphics, low volatility and a return of 95.20%.

Stampede is an animal themed game which places gamblers in the heart of the jungle. All the action is set at dusk- you’ll see the fiery African sun slowly set over the savannah. There’s also an orange fire in the sky bathing the lush landscape in an orange glow as well.

The 5 reels have a sharp contrast to the background, but do not block you from enjoying that beautiful setting. Eyecon has captured the scenery perfectly, making it one of the reasons you will enjoy this game. Easy always make sure that players only experience the best slots sites! 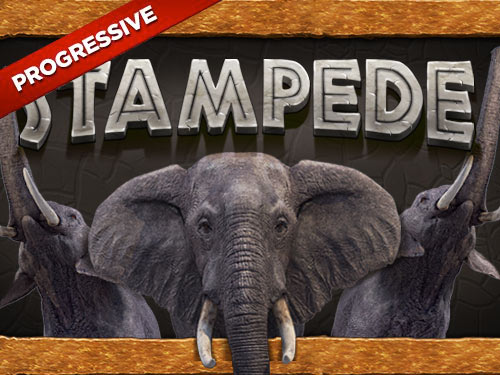 Eyecon Pty Ltd may be mostly about developing slot games, but their services go way beyond just that. For example, the studio also provides various jurisdictions with full casino websites which serve as great gaming platform solutions. These are for the clients’ own use.

The tech firm also launched Maroon, which is a gaming engine and a game distribution network. You may have also heard of Cootha, which is an Eyecon’s land-based gaming machine. Even though this gaming corporation is based in Australia, it is considered one of the key players in the global gambling market especially in Asia and Europe. The developers have made an effort to translate most of its games, making them available in languages like Swedish and Spanish.

If you fancy to pay with phone credit slot, then this is the best game for you. Join & Play today. 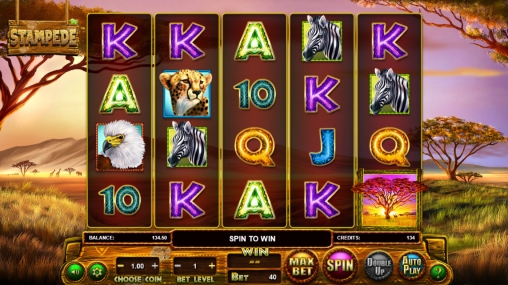 You might not have been expecting much from Stampede, but the game will surprise you right away. We just loved that grandiose background landscape.

It’s important to appreciate the effort that Eyecon has put into the graphics. The landscape, colour and aesthetics give the game an imposing atmosphere rather than the use of simple, cartoon animals which is usually common with similar games.

Players can bet on all the reels with bets ranging from 0.25-50 credits per spin. There are no fixed paylines, so this game has the advantage of 243 different ways of winning per turn. Start by picking a wager or set it on autoplay to keep spinning without interruptions. Click on the gamble button if you want to try your luck at doubling your reward after a win.

The unique symbols in the game are animals that you would spot on an African safari like lions, cheetahs, wildebeests, rhinos, etc. and are all worth 40x. There are also the classic card symbols. Try and bet as many credits as possible to take advantage of this slot game’s low variance because there’s a higher likelihood of scoring more small prizes than hitting the Stampede jackpot right away.

Come and discover more of our general bonus promo's, potentially available to all of our players! 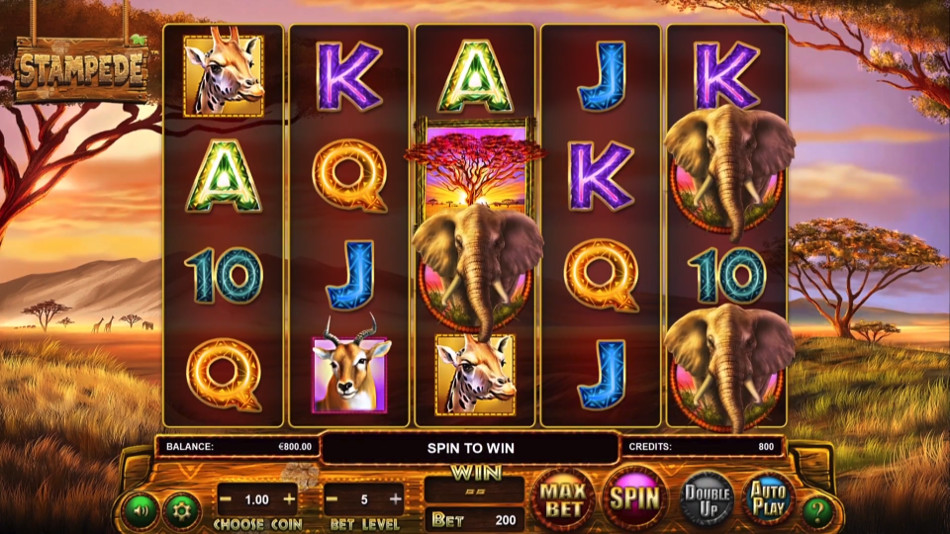 Stampede has very quality graphics for a game in its genre. The aesthetics are what draw you toward it and as you get into the online slot’s gameplay you will see that the wins are quite intriguing too. Eyecon has made it that players can have multiple chances of winning hence stay in the game longer in hopes of getting the grand Stampede Progressive Jackpot. However, it’s going to be a long round of free spins and other bonuses before you can actually get there. If you enjoyed Stampede Jackpot why not try more best rated slot games online to play! If you enjoyed this top rated game then give Fruit Blast a go too!