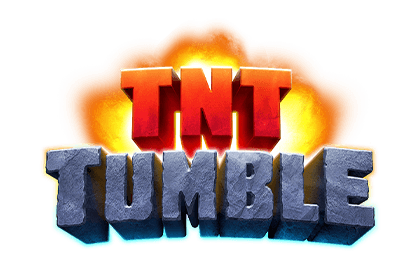 Slots developers worldwide are always in search of innovative ideas to keep players entertained. They create new bonus features, add or subtract reels, and most of the time, introduce new reel mechanics. Megaways slots are best known for their innovative reel mechanics in the online casino industry by Big Time Gaming,

Players who love slot games will likely come across reels mechanics like cascading reels, avalanches reel and many more. It's time to try Tumble Slots that come with exciting features and payout boosting multipliers. In this feature page, we'll be covering all the details regarding the Tumble slot games online. When you are ready to bet with real money on the tumbling reels, slots join Easy Slots in minutes and claim the up to 1000% welcome offer after depositing £10 (Full Ts and Cs Apply).

We are well aware of gamblers' love for new onlineslots games, and below is the list of famous slots with tumbling reels mechanics to have a fun time.

Cluster Tumble, a grid slot with an unimaginative name, is played on an 8x8 grid. Only 15 of the symbols on the board are pay symbols when the reels first start spinning. When winning clusters form near block stone tiles, they are eliminated. The adventurer narrowed options down to a beautiful temple-like complex, but the skulls scattered about to warn her otherwise. The tumbling features of this Relax Gaming slot game are the reason it's included in the list.

You'll notice the cutting-edge graphics while playing the Temple Tumble online slot. In Temple Tumble, symbols are scattered throughout a 6x6 grid. Spin the reels and create winning paylines to uncover the mystic temple's greatest treasures. Temple Tumble offers a whopping 46,565 ways to win! To win, simply line up three identical symbols on a payline of the tumbling reels.

Pixies of the Forest

Pixies of the Forest is a fantasy-themed online slot game where you may have fun and win real money. All winning combinations in Pixies of Forest's slot game trigger the famous Tumbling Reels feature, which gives players the chance to win multiple times in a row with a single spin. Winning symbols disappear before new ones fall into position, allowing players to land multiple consecutive wins with a single spin.

Sugar Pop has a 5x5 grid packed with juicy sweet symbols and is part of its eye-popping 3D line. The 'Game Score' bar and 'levels' that the player can go through blend in perfectly with the social game theme.

Both vertical and horizontal combos payout and vanish from the screen when they are formed. When the 'Special Candies' appear randomly on the reels, they can increase your bonus wins. Meanwhile, the 'Lollipop' function, triggered at random, rearranges the symbols to generate new combinations randomly.

The Da Vinci Diamonds slot machine game was inspired by Leonardo Da Vinci and featured a beautiful framework and sparkling diamond icons. Featuring three or more Bonus symbols anywhere on the reels, activate the Free Spins Bonus. There's more where that came from, too, because any winning combinations trigger the Tumbling Reels Feature. Following activation, winning symbols will vanish and replace new ones that fall from above, creating new wins.

Da Vinci Diamonds is back, but this time there's a catch! You're about to go on a two-reel journey into an era of grandeur and creative splendour with Da Vinci Diamonds Dual Play. Based on the Tumbling Reels and Tumble Thru Features in the Da Vinci Diamonds Dual Play slot game, the reels have a lot of potentials. The Tumbling Reels Feature is activated by all symbol combinations stated in the paytable. When the Tumble Thru Feature is activated, symbols from the top game drop down to fill in the spaces on the bottom reel set, creating more winning combinations.

It's the third game in the Relax Gaming Tumble series, following Tower Tumble and Temple Tumble. The format is the same, but the theme is gem mining. It has a mountain backdrop, with symbols depicting a wide range of raw gemstones. The game's visuals are well-done, and it's a pleasure to look at them while spinning the reels. The tumbling reels offer a huge winning potential of up to 12000x player's stake.

Relax Gaming's Tower Tumble slot has a bright fantasy theme. The game's cluster format keeps things interesting, and you can use four unique symbols in the base game to help you win. Players will enjoy the tumbling reels feature that may boost their winning chances. You climb the tower during the free spins round to increase your multiplier, which is great fun!

Jungle Tumble from Instant Win Gaming is a multi-match slot game that offers incredible payouts when it comes to payouts. This action-packed game has a lot to offer, including frantic gameplay, escalating prize multipliers, and extra features. With stakes ranging from £0.10 to £15 per game and playable across all devices, this deceptively basic yet really entertaining game offers plenty of fun and promise.

Teen Wolf, a popular film from the 1980s, is the inspiration for the cartoon slot machine Cool Wolf. When a winning line is activated, the tumbling reels come into action, and the symbols on the reels are torn apart by wolf claws to create room for new ones. Microgaming's Cool Wolf video slot is playable on many online casinos.

What are Tumble Slots?

Online slot games are most famous for their impressive innovative features, and Tumbling reels are one of those special features. The mechanics are simple and resemble cascading and avalanche reels. The winning symbols on the grid disappear and are replaced by new symbols that become part of the new winning combo. The chain of winning combos continues until no further symbols create recent winnings.

What's impressive about Tumble slots is their progressing winning chances. You can win a decent payout with these tumbling reel slots online. The new reel mechanic has the same features as previous cascading reels but has become quite popular recently with a new name.

How does the Tumbling Reels Feature Work?

You may think slots with tumbling reel features may look a bit different than standard slot games. However, you've mistaken the layout of the Tumble, and the regular slot is almost the same. The difference remains in their reel mechanics, where traditional slots stop at one winning combo, and the tumbling reel offers unlimited chances. To understand the tumble slot gameplay read the following guidelines:

Make sure to read the paytable of any slot games to understand the feature that the tumbling reels may activate. It may increase your winning chances and end up winning your decent payout.

Do you need to trigger tumbling reels with Special Symbols?

Players playing slots for a long time must know that special symbols on the reel trigger the bonus rounds. For example, you need to match three or more scatters on the grid to activate the free spin round. You will find tons of slots with free spins feature on Easy Slots with real money.

However, you are in luck with Tumbling reels as it doesn't require any special symbol to activate. The reels activate the tumbling feature on the very first spins on the slot. The only thing to consider in these slot games is the winning combo (which occurs randomly). These tumbling online slot reels come with progressing multipliers that increase a player's winning potential most of the time.

Most of the time, the Tumble free slots come with high paylines and increased wagering amounts. It may increase not only your winning chances but also your chances of losing money increases simultaneously. The rule is simple: the higher you bet, the higher your losing and winning chances.

Are Slots with the Tumble Feature Worth Playing?

As with all online slots, Tumble slots have their share of pros and cons. After analysing the tumble slots in detail, we have gathered the pros and cons of the reel mechanic for our players.

Overall Tumbling feature is gaining intense popularity in the online casino market for its high winning potential and exciting features. You can bet on the exciting slot titles on Easy Slots as funded players from our desktop site: mobile browser or app.

The inventor of the Tumble Slots

IGT is a leading game developer in the industry today. This UK-based company has been offering a wide range of casino games since 1990, all with high-quality graphics, engaging gameplay, and enticing extra features. While NetEnt provides a variety of tumbling reel slot machines online, we may assume that IGT follows suit. IGT partnered with BluePrint to create the TUMBLING REELS Feature.

Do You Know developers are looking forward to creating slot games without reels to offer new dimensional gameplay? The first hexagonal cascading grid slot is developed by Play n Go in their Honey Rush slot.

The tumbling reel feature is not the only innovation of the online casino market. Let us tell you the secret Tumbling reels no doubt is the creation of IGT gaming, but other developers created almost the same feature but with different names. Let's take a look:

Avalanche reels slots are video slots that have similar icons joined in various ways. This could be a diagonal, horizontal, or vertical connection. The paying symbols on the paylines explode and disappear in this video slot style, revealing new icons. This NetEnt Avalanche reel feature boosts players' winning chances. The slots with avalanche reels include:

Microgaming offers the tumbling reel as Rolling Reels that are private after each winning combo. The winning symbols disappear from the grid, replaced by new ones often accompanied by multipliers.

Playtech always likes to introduce innovative concepts, and they also feature the Collapsing reel in its exclusive slot games. The base game is spoken, and the excitement level increases with every winning combo. The famous title in the developers Collapsing Reel feature are:

Betsoft, a leading provider of 3D freeslotgames machines, is well-known for including the term "Cascading Reels" in its collection Sugar Pop: Double Dipped, a game with Cluster Pays and Cascading Reels, which combines the two types of mechanics. As you play, candies form clusters and then explode, revealing new symbols. An explosion destroys winning symbols, giving you an additional chance to win while also adding to the overall ambience of the candy-themed 3D slot.

For more stunning features check out the following:

Play them all on Easy Slots with up to £1,000 bonus, to tumble until you feel complete!