What's The Difference Between EU And US Roulette

Many of you out there might not know that there are multiple variations of roulette, each as different as the last! Roulette, in general, is one of the most sought after games in the world right now, and who can blame anyone for wanting to play! With roulette, everything is left up to chance, which is both exciting as well as terrifying, depending on the sort of player you are and what you hope to achieve at the table.

The game has only grown in strength thanks to the various online versions of the game popping up all over the place! The best slot site versions of the game simulate the real deal to a point where you might even question why you might go to an actual casino ever again! Online casino games have only highlighted the different versions of roulette that are out there, encouraging players to try something a little new!

We’re going to be looking at the differences between the EU and US versions of roulette, but for us to do that we are going to have to look at the rules as a whole before we can go breaking them down to look at the differences. If you are somewhat new to the world of roulette then that’s good, you’ll be a lot easier to teach, just remember to take your time and go at your own speed, the rest will then fall into place. 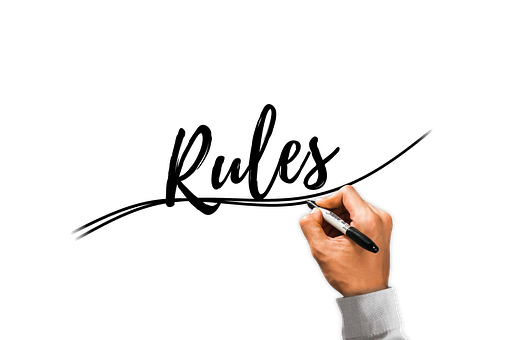 Roulette is arguably the easiest table game to master, all it involves is placing bets on a table and hoping that your bet comes through for you via a roulette wheel and ball. On the wheel you’ll notice there are sections raised, separating numbers 1-36 in one loop. All the numbers on the wheel will be jumbled up in some way or other, meaning the number one will not be followed by the number two. All numbers on the wheel are also represented by a red or black colour.

What happens is the dealer will take bets on the table, followed by dropping an ivory ball into the wheel. Whatever number/colour it lands on will determine whether or not you’ve won. There are no limits to the number of bets one can place on the table before the start of every turn, just remember that the more chips you place, the more money you’ll lose outright!

There are two kinds of bets that one can place on the roulette table, you have your inside bets, and you have your outside bets. Both bets work to make you some serious money on the table, although one is a lot easier to pull off than the other. Outside bets are a lot easier to place since all you are doing is betting on the colour of the number, or whether or not it comes out as an even number — there are other kinds of outside bets, but you get the idea.

Outside bets pretty much guarantee a 50/50 sort of scenario with every bet, which is never a bad thing when you consider the number of combinations there are on the table! Punters often implement roulette strategies that hone in on outside bets specifically, since the odds are always even and will more often than not, signal a victory.

Inside bets are slightly trickier in comparison. Inside bets involve betting on the numbers themselves, which drastically shifts the advantage you might have going in. Say you bet on the number 10, this would make your odds of coming out on top 35/1, which might sound bad at first, but inside bets are known to make you a hell of a lot more money if you can pull them off!

The Differences Between Versions

On paper, these differences might not seem like something to get too worried about, but you see that is where you’re wrong. A lot of folks out there often confuse some of the rules of each game, tangling them into one another. Both versions look differently in some way or other, in both their table layout as well as a few additions on the wheels. Try to familiarise yourself with both versions to keep yourself from making any silly mistakes.

The roulette wheel should tell you instantly what sort of game you’re playing. In American versions of roulette, you’ll notice that there are two zero spaces on the wheel (0, 00). In European versions of the game, you’ll only be able to see the one zero on the wheel. Betting on these numbers in the heat of play will earn you the most cash possible on the table, just keep in mind that they only occupy a slither of the wheel and aren’t going to come up often. The American when has a 5.3% house advantage compared to the European’s 2.7%.

Not only does the wheel take on a slightly different look, but the table does too in both versions. The best way to separate the two is to look at like this: American versions tend to have the table in a portrait position, and the European version has takes a more landscape approach. All numbers are featured on both tables, the only difference is where some of the outside bet spots are located.

In European versions of the game, you’ll notice the dealer is carrying a rake, this is to draw all chips off the table a lot easier since they are sitting further away from the table observing the game as it plays out in front of them. American roulette games tend to play a lot faster than European versions since there is a lot less fuss around betting and whatnot, but it really depends on the game at hand. Play some of our top-rated slots games now!