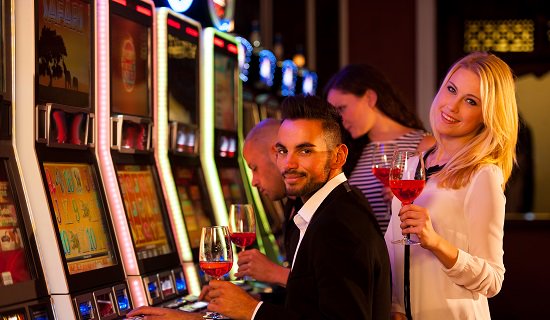 The Hidden Ways That Slots Players Used To Cheat

For as long as there have been fruit machines, there have been cheaters. Before the days of the best slot site, cheating was a lot easier to get away with. While the majority of cheaters got caught for their wrongdoings, some managed to get away with it. Although there aren’t really many slot cheaters around now as it’s so much harder to cheat thanks to advances in technology and slot machines, in the past, there have been some cheats who have scammed millions from casinos all over the world. Here are some of the most famous ways players used to cheat fruit machines:

One way players used to cheat fruit machines is by using a yo-yo. This cheating technique was very popular in the earlier days of fruit machines and it involved tying a string around a coin and putting it into a slot machine so that it registered as a coin. When the machine registered the coin, the cheater would pull on the string, take the coin back and play on the fruit machine.

Similar to the yo-yo trick was the shaved coin method. This technique involved using coins which had shaved edges. When placed into the machine, the first sensor would register the coin as valid, however, the second sensor would invalidate it. This method was repeated until the player was happy with their winnings.

The light wand was a slightly more creative cheating device. The light wand was a small light device attached to some wire that was put inside the coin hopper. Blocking the light sensors, the fruit machine didn’t know when to stop dispensing money. This caused cheaters to get an incredible payout. If the cheater won small or big that didn’t matter, a load of coins poured out of the machine regardless.

The monkey paw was created by one of the biggest slot machine cheats Tommy Carmichael. This cheating device was made from a guitar or piano string on a bent metal rod. This was placed inside the machine through its air vent. Carmichael then used this device to press the switch that activated the payouts. When the switch was flicked, the jackpot was won.

Another common way players used to cheat fruit machines was with coat hangers. Coat hangers were cheap and easily accessible to many people which is why it became such a popular cheat. This cheating method worked by sticking the coat hanger into the machine. This affected how accurate the coins were paid out so the machines tended to pay out more than normal.

Thanks to improvements in technology, slot machines have become a lot harder to hack and cheat. Casinos are constantly thinking of new ways to help prevent cheating so that all players can have the best gaming experience.

Check out top-rated worth to play slot games online and try your luck today!