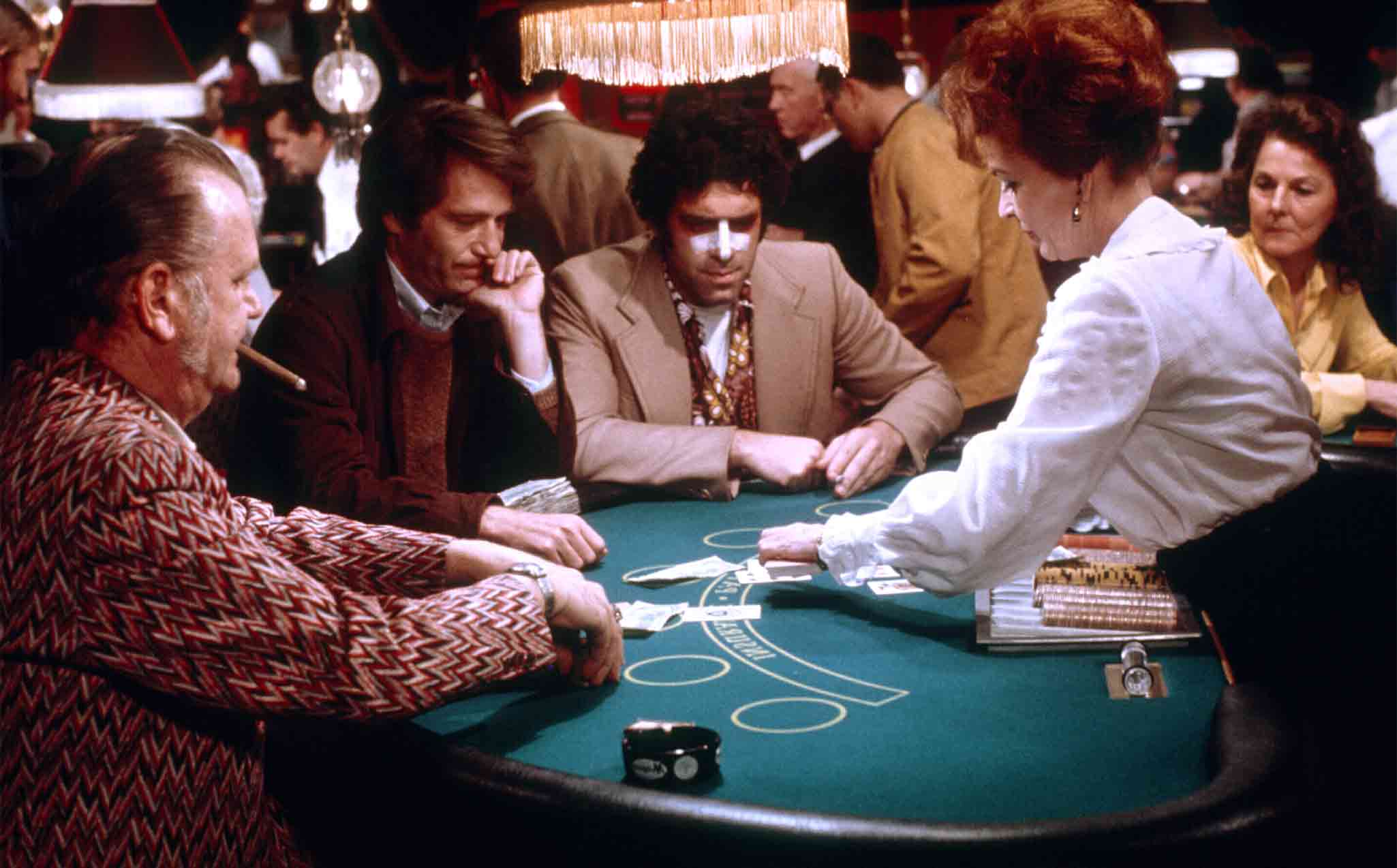 It’s not just the public who enjoy a dabble in the casino from time to time, but also the great Hollywood stars. Well, when we say that, not all Hollywood stars like to gamble in their ‘real lives’ but in their roles, they come across as experienced players and lovers of gambling. These are just some of the greatest films about gambling.

21 is a 2008 drama film inspired by the true story of the MIT Blackjack Team, who you can read more about here at Easy Slots. The basic plot involves a young student from MIT in Boston that joins a card counting team for blackjack. The team, led by math professor Micky Rosa only employs the best students in order to optimise their chances of winning more money; millions, in fact. In actual fact, the MIT blackjack team would not win millions in one sitting, but they still handled a lot of money. This movie goes on this list because of the fact that there is a true story behind the glitz and glam of Hollywood.

We all know the most famous, fictional casino goer in Hollywood and literature; James Bond. Casino Royale is arguably the best installation of the James Bond films when it comes to gambling. The whole movie centres around a high stakes top-rated slot games online to play. Yes, there is the standard running around and catching the bad guys, but some of the most exciting scenes from the movie occur around the casino table opposite Le Chiffre.

This 1995 epic crime film, based on the nonfiction book Casino: Love and Honour in Las Vegas, Robert De Niro stars as a Jewish American gambling handicapper working in a casino in Las Vegas. Joe Pesci’s character, Nicholas Santoro is sent to keep an eye on the casino that De Niro works in, as well as ensuring that the mobsters are kept in line. The movie itself was nominated for and won multiple awards including Best Director and Best Actress in a Leading Role.

Matt Damon is not only a gambler in the movie Rounders but is also quite good at it in real life. However, the 1998 American film was perhaps more dramatized than his experience of the casino. The film tells the story of two friends who desperately need to win a high stakes poker game in order to pay off some large debts. The name of the film is a reference to a person who travels around different cities searching for these types of games. Rounders is now a cult classic among casino goers thanks to the poker boom.

Ocean’s Eleven also stars the famous poker player Matt Damon alongside Brad Pitt, Julia Roberts and George Clooney just to name a few. The 2001 film is a remake of the 1960 Ocean’s Eleven but is now part of a trilogy and there is a spin-off with an all-female lead cast. Therefore, for its ability to essentially stand the test of time, Ocean’s Eleven sits quite happily on our list of the greatest gambling movies.

This 2003 film tells the true story of one of the best card players potentially in history. The storyline begins showing Ungar as a teen, where he discovers his natural ability to play cards well. Unfortunately, his skills at the poker table did not help him escape the reach of mob loan sharks, to whom he owed a lot of money to. Given a second chance in Vegas, he takes to the city quickly and wins the World Series of Poker tournament in 1980 and 1981. Following this, he plunged himself back to rock bottom before winning a third WSOP. This film has everything you’d want in a gambling movie.

The Cincinnati Kid is a 1965 American drama that follows the storyline of Eric “The Kid” Stoner who’s aim is to establish his reputation as the best poker player around. In order to do this, he must challenge “The Man”, otherwise known as Lancey Howard. The film itself is very climactic towards the final poker hand.

In a rigged game of three card brag, a self-proclaimed card expert loses £500,000 to a powerful crime lord. The only way to pay him back is to rob a small-time gang in the flat next door. This action-packed stays firm on our list with its high stakes and exciting action that will leave you on the edge of your seats.

Based on the 1950s television series of the same name, Maverick is a 1994 American Western film which stars Mel Gibson as Bret Maverick, who is a card player/con artist who aspired to enter a high stakes poker game. He is then joined by a fellow con artist, Annabelle Bransford, portrayed by Jodie Foster. The film stays true to its theme of American Old West, even winning an Academy Award for Best Costume Design.

Of course, you can’t just take our word for granted. Whilst we, here at the best online slots uk, believe that they are by far the best gambling movies of all time, it’s up to you to make your own decision. And if you enjoy these movies, then you will love the selection of video slots that we have on offer on our site. Play today and transport yourself to bright, shining lights of Hollywood.