Megaways vs Megaquads Slots: Which are the Best? 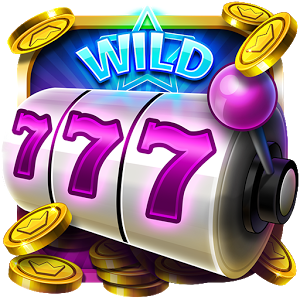 Are you bored of the same old 5x3 slot reels you’ve been playing for years?

It’s time you jumped on board the train of exciting new slot game mechanics that have been taking the industry by storm. Megaways and Megaquads are two of the most popular types of slots on the market right now, and both have sought to shake up the fundamental elements of how a slot game works.

Slots fans have been loving them both, but it is time a verdict was reached – which are the best slots to play? Here we will take a closer look at how both of these styles are implemented and who developed them. So, buckle in and let’s explore these electrifying slot games!

What are MEGAWAYS Slots?

Megaways is a game mechanic created by Big Time Gaming. There are lots of different Megaways slot machine games out there, and lots of older slot games have now been released with a Megaways version.

Their main feature is that the number of symbols on each reel changes throughout the game. So, those classic fruit machine style slots you are used to are out the window here, Megaways is a lot more frantic.

Megaways slots can be up to 6 reels. On each reel there could be between 2 and 7 symbols at any given time. As the number of symbols is changing, the number of ways to win is also changing throughout the game. These changes are random, so players never know what is going to happen next. This makes for a very exciting game!

How does this affect winning combinations? Well, things aren’t too different from your standard games here. Players will be looking to match symbols on adjacent reels all the way across. Just remember that the more symbols in play, the more ways there are to win.

Fun Fact: Did you know that Bonanza Megaways was the first slot of this type?

Rainbow Riches Megaways is a great example of a popular slot game that has been successfully revamped with the Megaways mechanic. The Rainbow Riches series is developed by Barcrest and has spawned lots of successful Irish lucky charm-themed slot games.

The Megaways version has been a hit, with players landing some big wins from the mountain of winning combos. There are between 324 and 117,649 Megaways available per spin. Add to that cascading reels and up to 22 free spins up for grabs, and we have got an incredibly fast-paced and entertaining slot on our hands!

Other top-rated Megaways slots include:

Fun Fact: Did you know that all Megaways software providers have to pay Big Time Gaming for the rights to remake their games?

So, what are Megaquads slots?

Putting the quads in Megaquads, these slot games use 4 sets of reels simultaneously. For the majority of the game, players are watching the 4 separate reels which are all spun at the same time from a single stake. Winners are landed when symbols are matched on adjacent reels.

The real shake up comes when these reels combine together to create a massive grid. This is executed differently across different Megaquads slots, but essentially increases the number of ways to win from 256 to a whopping 65,536.

Slot Vegas Megaquads was the first slot game to use this exciting new game mechanic. It’s a vibrant slot to look at that brings all the excitement of a real trip to Vegas.

The main feature comes when players land special wilds next to each other, as this activates the Rainbow Wild bonus feature. This merges 2 of the quad reels together to create a larger set and increases the number of ways to win to 65,536. During the Free Spins round it is possible to land the wilds again and merge all four quads together, giving the player 16,777,261 ways to win!

Fun Fact: Did you know that Slot Vegas is the only Megaquads slot to date?

Our Verdict: Megaways or Megaquads Slots?

Here we have two really impressive and innovative slot game mechanics. Megaquads is the newer of the two and appears to be as well thought out and executed as its big brother, Megaways. Only time will tell if Megaquads reaches the same legendary status, however.

In our view, because both mechanics are visually exciting and offer an incredible number of ways to win, there could be little to separate them. Which one ends up being most popular could simply come down to which slot games end up using these mechanics. So far, they have teamed up with some really impressive titles.

All in all, things come down to personal preference. They are both certainly worth trying out for any slot games enthusiast!