5 Video Slot Bonus Games to Look Out for

The base game of any best online slots 2020 machine should be enjoyable as a standard minimum. If you find yourself bored with the main game, then walk away and find another. On top of a good base game however, it also helps if a video slot has a bonus game, besides deposit bonus, that really wows the crowd. This doesn’t mean there has to be an onslaught of bonuses, so much so that you can barely move without triggering one. It’s about finding a good bonus game that captures your attention and makes you want more.

Based on the films, this Playtech slot machine has been voted as one of the best for bonus games because its bonus feature actually lets you fight. These aren’t just any fights though, oh no, there clips taken from the film of Rocky playing against some of his most memorable opponents, such as Apollo Creed and Clubber Lang. During the feature, every time Rocky wins one of the rounds shown, you will win cash, whereas a defeat will end the mini game entirely. The rest of this game is just as good, however it’s fair to say that its bonus game is what makes it.

Another slot from Playtech that hits the right spot with bonus games is the Pink Panther, yet another film based title. Inside of one very engaging mini top-rated slot games 2021 online, however, the title has several, therefore promoting a sense of diversity alongside the rush of being able to expand the longevity of the game. The main bonus is that of the Colour Pink, in which numbers are painted upon a wall where the grid was; some of these are pink and some are blue. The pink ones will be added up and multiplied by your last bet to creating a winning amount.

We move onto an IGT slot now, based upon the pop culture favourite that is Family Guy; love it or hate it, everyone knows its names. The bonus round that really steals the show when it comes to this hilarious title, is the one in which Peter and the Giant Chicken fight it out for the number spot. To do this, the game moves to multiple locations, with monetary wins being picked up along the way. However, the Drunken Clam bonus is also rewarding, as up to x1,000 can be scored during the round. 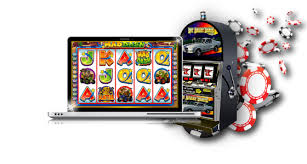 We’re back to another Playtech classic now, only this time it’s the slot machine retelling of the Gladiator film. Although we won’t get the same level of depth as we do within the movie, there’s more than a enough drama upon the reels of this title, thanks in large to the two bonus games. The main bonus is all about free spins and multipliers, while the other bonus game is a click and collect bonus. If you get all nine of these helmets to turn gold during this round, you’ll win the progressive jackpot.

Finally, we come to IGT’s Pharaoh’s Fortune, a beautiful game that offers both great graphics and engaging bonus games, with the latter being our primarily focus today. Much like with Playtech’s Gladiator slot machine, players will get to choose the number of free spins they play with before the mini game begins. However, you won’t know whether your choice of tile will bag you many spins or just a handful, and so there’s an extra risk element at play here. In addition to this, there’s also multipliers available to help beef up those wins.

There you have it, five games and their bonuses that’ll help make iGaming worthwhile for you again. Make sure to look out for these while searching your favourite casino, they may just be your ticket to victory.