The iGaming industry is teaming with numerous novelty themed best online slots 2020 machines, many of which are good for a couple of games or so, but then soon lose their appeal. Fortunately however, there’s online slots bonus with some amazing features. Throughout this article, we want to look at the best five slot machines with bonus games, to see which developers can help us out in our times of need.

Greek mythology has never looked as good as it has upon the reels of this Microgaming title. Sporting vibrant colours, quirky graphics, and a highly engaging design, this 3x5 game is one to watch. The 20 winlines of the base game looks and feels very much like your everyday slot, but once you activate either the Quest Bonus or Super Mode, the high energy begins.

The Quest Bonus is the more entertaining of the two, as there’s four levels for you to traverse, with the main goal being to reach Zeus and play for the “crystal helm”. Along the way you’ll meet Medusa and Poseidon, and explore 3D rendered lands - it’s an extremely satisfying mini game, and one that adds much depth to this title.

We move from Greek legends to fantasy realms now, courtesy of the graphically stunning Avalon 2; this may be a slot machine title, but it looks and feels like a much bigger game, with bonuses to match! Unlike conventional online slot games, this game has 243 ways to play, meaning that there’s a high level of variance at work.

Added on top of that is 10 individual bonuses rounds, making this one that will keep you playing for hours at a time. This Microgaming title offers a range of mini bonuses, including that more skill based features, in which you have to reforge the legendary Excalibur sword for extra benefits. Some of the bonuses are randomly activated by spinning the 5 reels, but the other eight are all features you trigger by finding and creating winning combinations. Play Avalon II today!

Next up we have a NetEnt developed title, based upon the tales of the invisible man, a character who is considered one of the best horror “monsters” of the genre. Presented in a highly detailed 3D aesthetic, the 5 reels and 20 winlines of this slot are quite entertaining on their own.

Hidden inside the reels of this game are free spins and wilds, all of which are presented in a way that spices up the predictability of their gameplay. Nevertheless, it’s the bonus game that steals the show with its click and reveal dynamic. Three different locations can be explored once this round is triggered, all offering a series of clickable objects for you to play with. 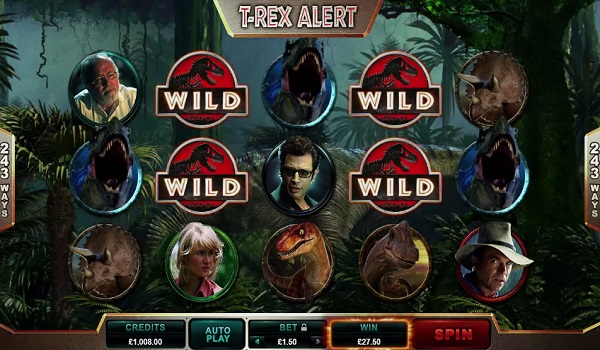 Lastly, we have Microgaming’s Jurassic Park, based on the hugely popular film series. Designed to look and feel like the original film, this is a wonderful walk down memory lane, and will undoubtedly help bring characters you love to life. The 243 ways to play design of the reels will also lead to some big wins, thanks to a great set of slot machine bonus games.

All of the bonuses are free spins based, which may sound less than impressive, but bear in mind that each one of the rounds has a different set of unique features to offer. Not forgetting that there’s then the thrilling T-Rex Alert mode, which is sure to get hearts racing.

There you have it, five slot machines with bonus games that are sure to get you in the mood to splash your cash and play some more free slot games online. Who knows, you may strike it lucky…!