Summary of Vault of Anubis Slot

We’re stepping way back into ancient history this time around, and in fact deep underground too, all the way into the Vault of Anubis. With a classic 7x6 cascading reels system and eye-catching Ancient Egyptian themed graphics, this slot jumps right out of the screen at first glance.

But does the rest of the game match up to its breathtaking design, therefore putting it up there with the best online slots on the market? We at Easy Slots, one of the best slot sites endeavoured to find out…

With a default RTP of 95.74% it sits slightly below average, but be aware! Developers Red Tiger Gaming allow individual casinos to set the RTP of their slots so make sure you only play Vault of Anubis at the best slot sites so you don’t get caught out.

Spin from anywhere between 20p to £10 today at Easy Slots to get involved, and while you are here, why not try some of our free slot games!

About Red Tiger Gaming - the Pioneers Behind Vault of Anubis

Since their formation just six years ago back in 2014, it’s fair to say that Red Tiger are newcomers to the online casino scene. Having said that, they have really hit the ground running since their formation, and it’s clear that they’re ready to establish themselves as one of the best online slots sites around having created some real bangers in the past six years.

Red Tiger are famous for forward thinking slots, bringing all kinds of cool and quirky themes and features into them. They’re bringing out some of the best slots with new ones available every month, plus the graphics are fantastic too.

Red Tiger Gaming slots are absolutely immersive and engaging to play for the most part at least. Based in the Isle of Man, the guys have produced some of the best slots we’ve played recently, including the following:

And now, to add to that list, they’ve brought along Vault of Anubis which is available at the best slots sites, including Easy Slots, alongside a whole bunch of their other games. 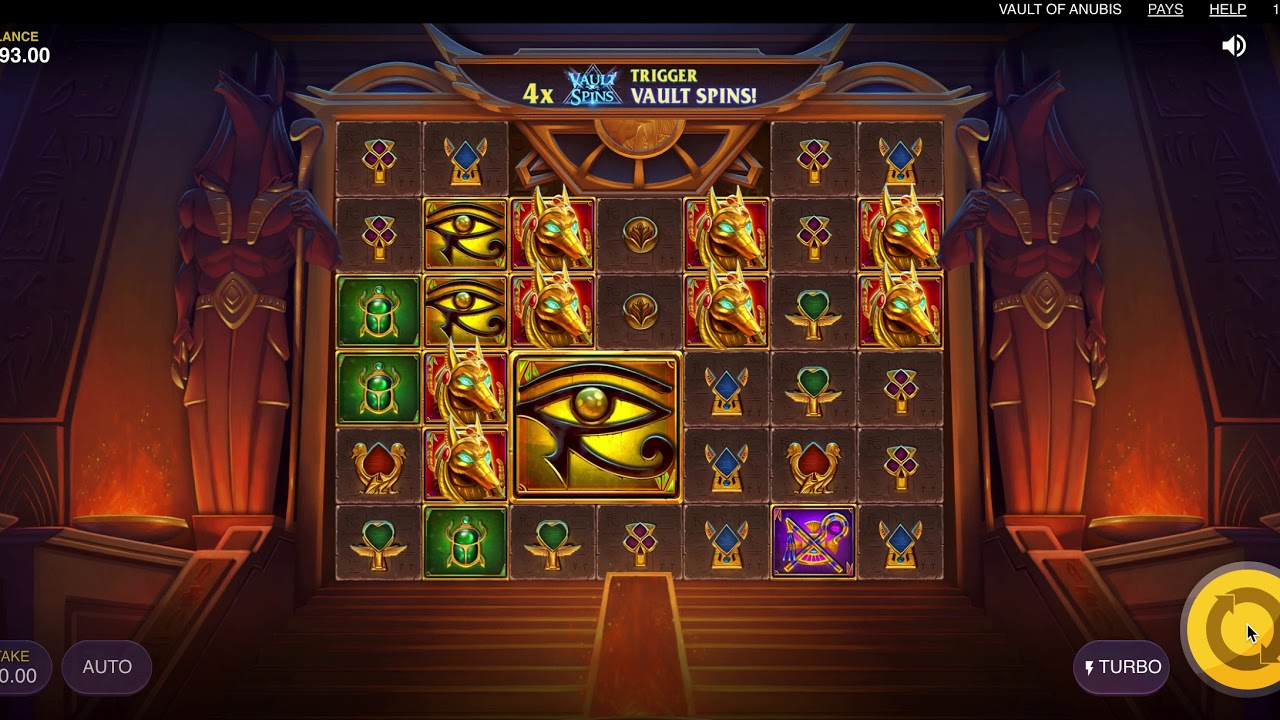 Jumping into Vault of Anubis is engaging right off the bat with the classic cascading reels system and beautiful graphics. If you’ve never used a cascading reels slot machine before, we recommend trying one out online to see if it’s for you before, but we highly doubt you’ll decide against it!

You’ll see a bunch of gemstones representing the symbols in Vault of Anubis in a variety of colours corresponding to their financial value. Also, you’ve got higher value symbols to keep your eyes on, in the form of a flail, a crook, a green scarab, the Eye of Horus, the symbol of pharaohs and the God himself, Anubis. 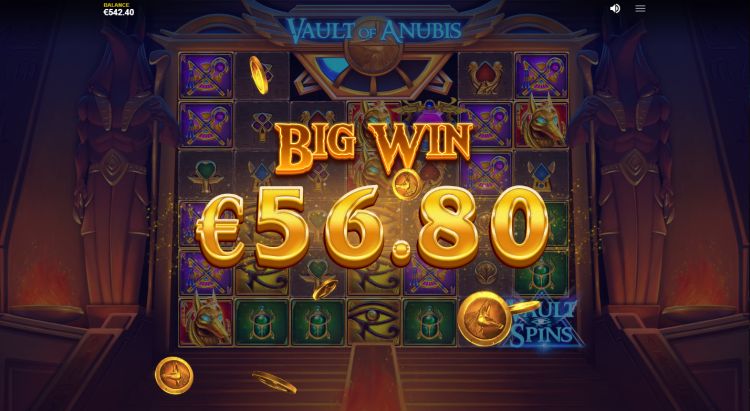 Bonus Features and Free Spins in Vault of Anubis

A couple of bonus features this time around from Red Tiger. Firstly, you have access to the Super Symbols, which are symbols double or triple the size, so 2x2 or 3x3. These serve the purpose of helping you win or keeping the combinations going.

On top of this, Vault of Anubis boasts the Generous Gods feature. This just kind of triggers at random - it may come on any spin. It will awaken the statues on either side of the reels, who will then throw a bunch of wilds across the reels.

The most profitable bonus feature in Vault of Anubis, however, is the Vault Spins feature. Collect four Vault Spins scatters and you’ll get ten free spins. During these free spins, multipliers will accrue exponentially by adding to each other, plus you can pick up more free spins along the way that will keep the sequence going. This is probably the best way to get the big bucks playing Vault of Anubis.

While the bonus features don’t quite match with the best slots on the market, and the payout potential isn’t up there so much either, there is plenty to love about Vault of Anubis.

The graphics are definitely up there with the best online slots and the overall gameplay experience is a lot of fun, so get playing at Easy Slots today, or try the amazing Ultra Burn slot.