Here's a superb new game. Take a trip back to ancient Egypt to explore the beautiful landscape for hidden treasures. The wonderful gaming developers at Iron Dog Studio have created a slots game for those who believe they have the courage to enter the tombs of animus and pursue what can only be described as the mission of wealth, spinning your way to some unbelievable cash prizes. That isn’t all that is potentially included in this mystical adventure as Iron Dog Studio have really gone out their way on this one, including phenomenal bonus features that will have you gripped to the edge of your seat. Don't miss the chance to play the best online slots real money games here at Easy! 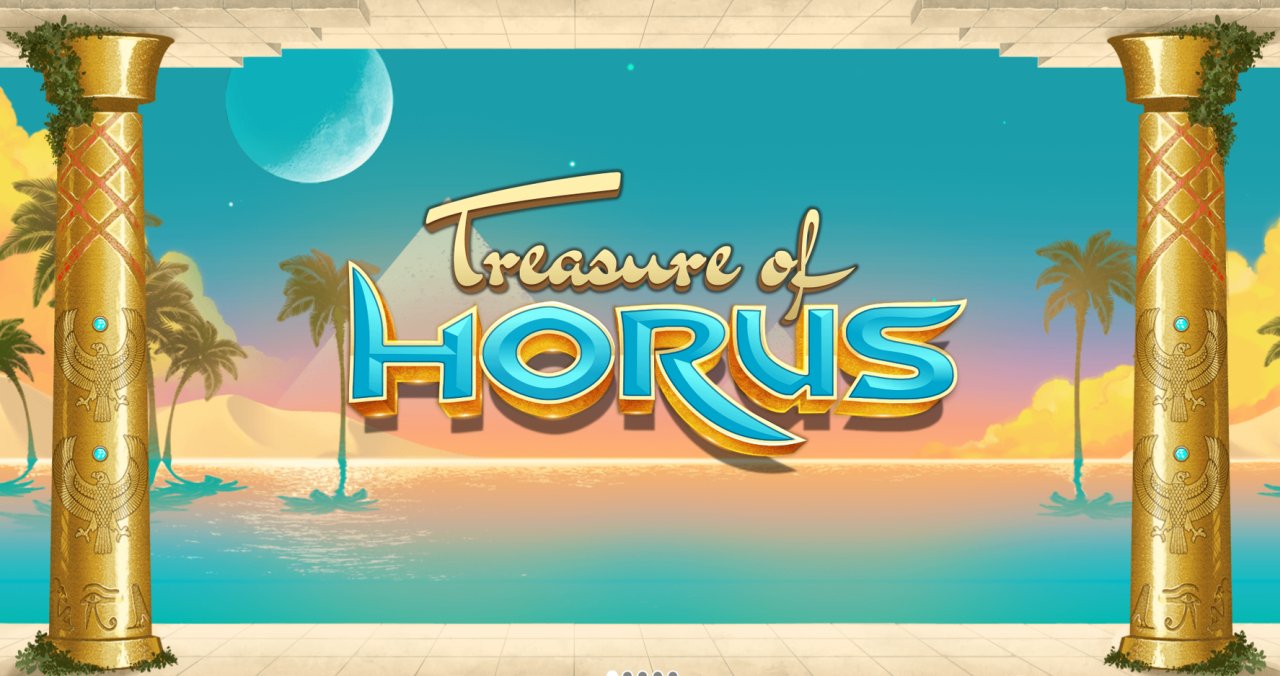 The developers responsible for this gem of a game are the partners of the well-established 1X2 Gaming, Iron Dog Studio. The online game producers are relatively new to the slots market however they’ve already shown their class with many their own unique creations which have become very popular with players, these are games such as Neon Jungle, Cherry Blast and Rainbow Gold. All of which are renowned for their brilliant balance of substance and style while posing a theme that is attractive to all types of online slot players. Iron Dog is for sure in the bracket of developers that are progressing rapidly, the content they put out is of the highest quality and they receive exceptional feedback from their productions, so it won’t be a surprise if we soon see them mixing with the likes of Microgaming and Eyecon. 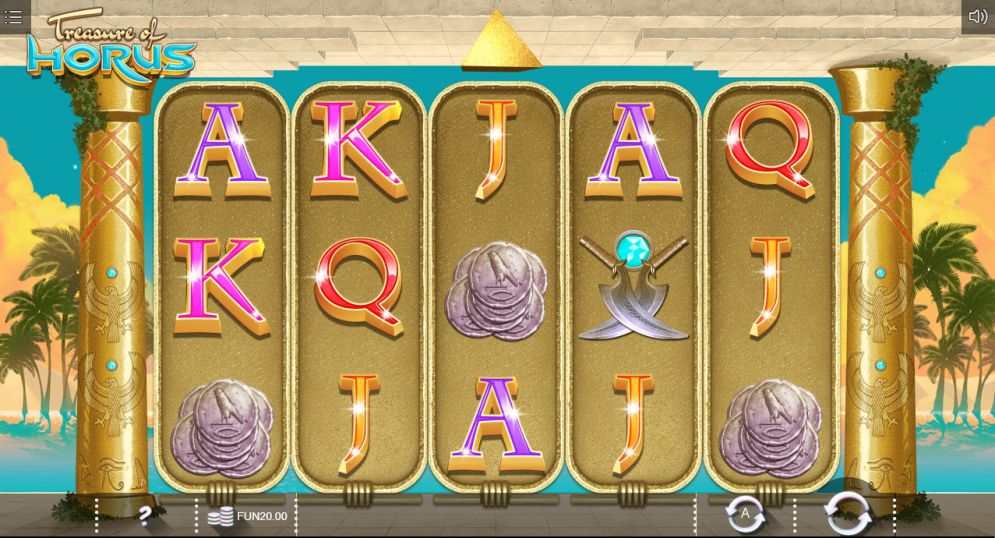 Treasure of Horus is a game for those who feel they have enough to play to win the riches, the tombs of animus are cash-filled and ready to be won by the spin. The symbols you’ll find in the game are Egyptian themed premium symbols such as the crossed swords and the cat god. With the standard symbols as A, J, K and Q. As you begin to stride into the tombs the multiplier will increase significantly making the rewards even more superior. Here is a list of the slot promotions explained:

Free Spins: Keep your eyes peeled to locate the golden scarab as this will provide you with six free spins, with each spin dragging you further into the unknown of the ancient tombs. In there you can find wilds, increased multipliers as well as scatters, are you brave enough for them to tempt you?

Scarab Feature: Scarabs, the miniature blue critters will hover across the reels and drop wilds as they pass. That’s not the only thing they are good for if you’re lucky they will leave you with multipliers!

Scatters: Treasure of Horus, is a charm of an online slot if you’re an individual of bravery. Scatter symbols won’t come to you as you’ll have to spin to search for them, showing your true daring side and embark on the tombs.

Treasure of Horus is the real deal in terms of an Egyptian themed slot game, every aspect of the game connotes the spiritual Egyptian society. The bonus features for this game is a huge attraction for players, you have many excellent opportunities to cash in through various entertaining ways. If you enjoyed playing Treasure of Horus you may also like other best rated online slot games that we offer on Easy.