You must be quick to save the farm animals from the vicious tornado that’s sweeping through 5 reel farm. This easy slot game has a ludicrous 25 paylines of animated farm animals who would love to repay you for saving them from a windswept death. 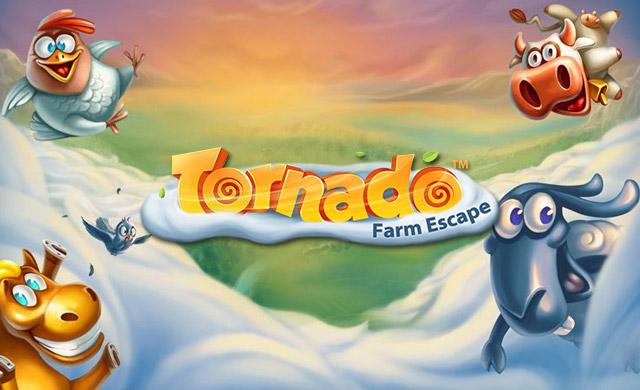 NetEnt has been growing by strength to strength over the last 21 years. It originated from Sweden and over the years, it has overtaken other best slots UK industry giants such as Microgaming, IGT and Novomatic. It boasts an impressive 300 fully licensed portals and as well as this, it has created innovative designs with their own best free slot games. Tornado Farm Escape is no exception to this rule, offering a whirlwind adventure as the player embarks on a journey to find their fortune amongst the farmyard animals who are attempting their laborious escape.

The games layout follows 5 reels and 20 pay lines and creates a smooth and gentle atmosphere as you make your way through to the other side in the hopes of gaining a small fortune. Although minimal animations, this should not stop you from enjoying this animal-crazed game. The symbols used in the game are reminders of what you would expect to see in a farm environment, so you have a range of animals, including a chicken, a pig, a horse and a cow, a wellington boot, a radio, and a chair which you need to match 3 of the same or more to gain cash prizes. This game involves many of the familiar features you would expect in any other casino slot-game: multipliers, Wilds and bonus symbols are all present to help you win the bigger accumulators and money. You can play from as little as 20p a spin to £200.

This games gusts 2 bonus features towards you to enjoy and make your own – NetEnt gives the control back to their players in ways that you wouldn’t have imagined. One feature is the Tornado feature which is activated when you get a Hot symbol on reel 1 and a Cold symbol on reel 5 at the same time. The symbol that appears suddenly due to this combination becomes active and as a result, the tornado then collects all active and wild symbols together. The game adds them together and presents you with a downpour of cash prizes. The best part is this feature only ends when a spin does not have any active or wild symbols so theoretically, you could maintain this feature for the remainder of the game, giving you a surplus of rewards! Secondly, there’s a storm feature, which can be released randomly. You will begin to see the storm moving 1 position at a time in any direction which in turn creates a wild symbol until it moves outside the reels area and disappears – just as storms so, they pass over unless you live in the UK. 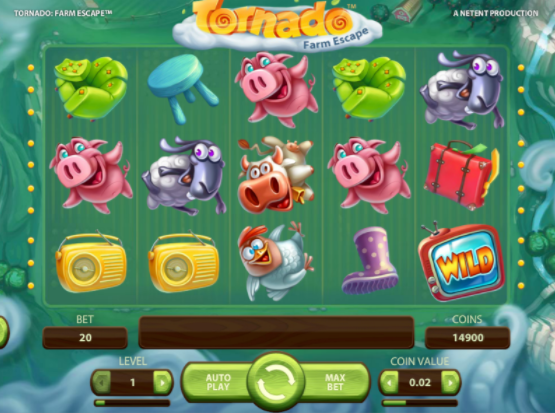 From a minimum spend of just 20p, there really is no other place to be! Overseeing the weather is a long distant idea in our world, but in this game, you can control the storms to help you bring good fortunes!

For more information about casino, visit Easyslots or pay by phone casino.