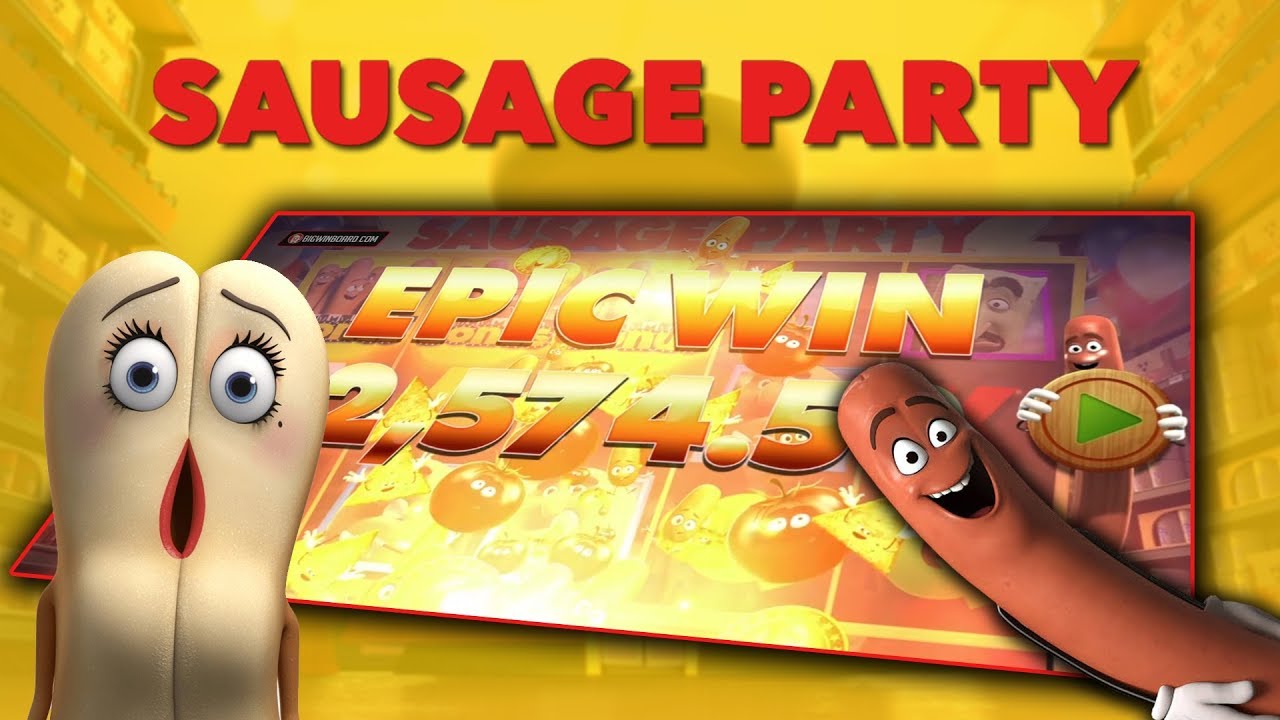 Classic British online casino outfit Blueprint Gaming are back again with a comical slot in the form of Sausage Party, based on the 2016 film of the same name starring Seth Rogen. If you’ve seen the movie, you’ll know it’s a great laugh, and this slot goes ahead and reflects that and leads for a very enjoyable slot playing experience at top slot sites.

Characters, scenes and animations come straight from the film into the slot so it’s definitely one for the fans of the film, or even if you haven’t scene it and you like your slot games a little bit loopy then this could be one for you regardless.

The RTP isn’t too bad, coming in at 95.95%. There’s a fairly standard setup of five reels by three rows, and you can bet from as little as 10p all the way up to £200 if you really fancy your chances. The payout potential is pretty good and there are 20 ways to win across the board, so it’s not the most volatile slot games online but is pretty fair overall. Available on mobile, tablet or desktop, you can get playing on all the best slots sites today.

Sometimes the movie themed slots can be a little disappointing, other times they can be some of the best online slots available. Sausage Party certainly leans towards the latter. It’s not without its flaws but it’s a lot of fun, and there’s good money to be made along the way too, right at Easy Slots.

About Blueprint Gaming - the Pioneers Behind Sausage Party

The Brits have recently branched out a little into Germany due to another developer, Merkur, being owned by the same parent company, and are on a mission to go worldwide. Sausage Party, available at Slots Racer, is just one on of their top slots amongst a number of classics including King Kong Cash, Genie Jackpots and Wish Upon a Jackpot.

Blueprint Gaming are notorious for their luxurious graphics due to often using Big Time Gaming’s Megaways engine, which Sausage Party is developed in. Arguably the most popular casino gaming engine in the world, you know you’re in for a treat when indulging in a slot hosted by this bad boy. 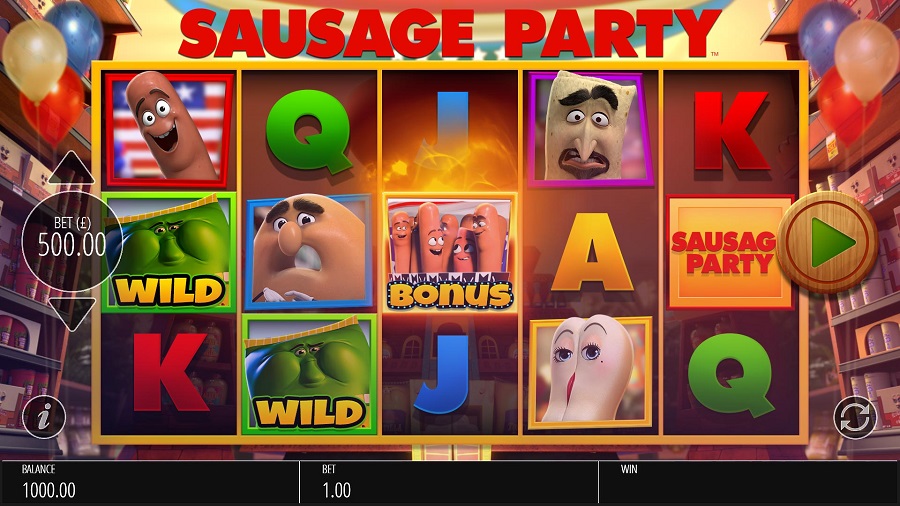 A pretty standard 5x3 reel setup welcomes you in with sausages all over the place, set in a supermarket. Simply spin the reels and try and land three symbols adjacent. The symbols themselves come in the form of characters from the film, or just random sausage-themed bits. The real excitement in Sausage Party, however, is the bonus features. 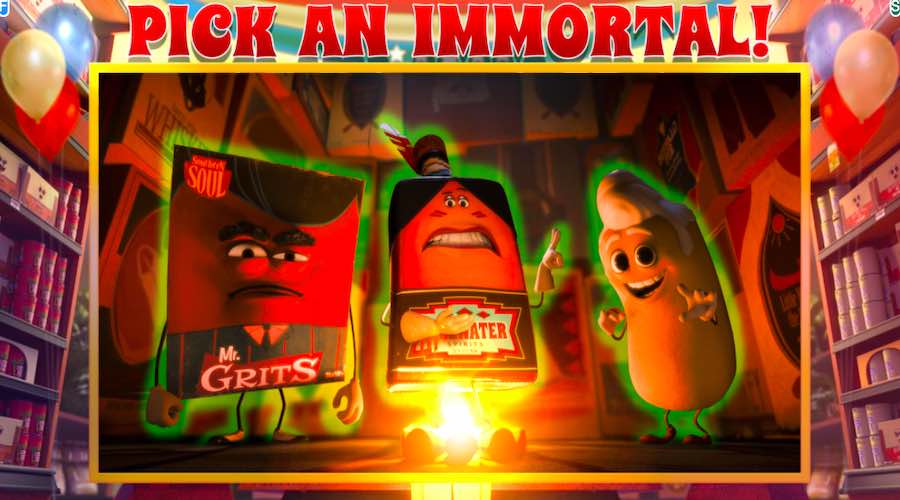 There are quite a few features available in Sausage Party, including Skin on Wilds which are effectively traditional wilds overlaying the symbols already on the reels; Mighty Douche Colossal Reels which moulds three reels into one giant one; Keen as F**** Mustard which literally guarantees a big win from the next spin (nice); Touching Tips, where a bunch of mystery symbols land on the reels then reveal themselves as a random symbol (all of them being the same as each other); Bath Salts Boost which opens up positions for the bonus symbol to come in and Frank’s Hot Dog Wilds, which is basically where wilds load up in the reels conventionally.

Quite a lot to take in, no? Just as in the movie, there’s a whole lot going on. Lots of energy, lots of crazy stuff to try and get your head around. But when you do so, it’s a whole lot of fun. And don’t forget, all these features are there to help you win so make sure you make the most of them! There are more bonus features here in fact than there are in the best online slots in the game so big props to Sausage Party for that. 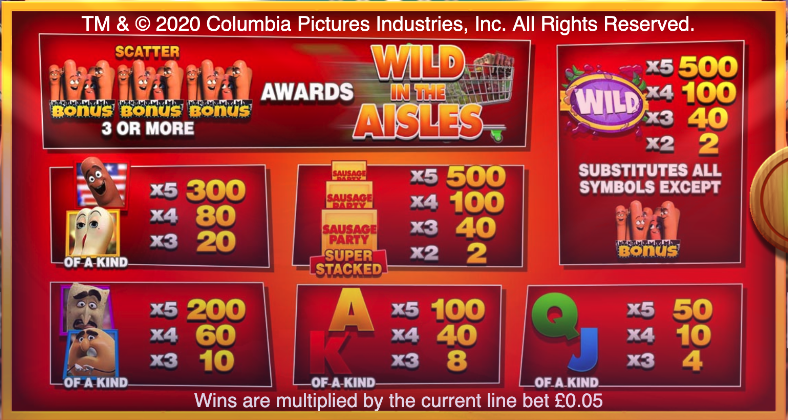 A wild rollercoaster of sausages and bonus features, Sausage Party definitely ranks as one of the more interesting, if not the best slots to play right now other than the Neon Rush slot.