Join Santa in his winter wonderland in Santa Paws, best online slots UK game by Microgaming. This 5-reel, 20-line slot is so cheery that even the polar creatures are excited to celebrate Christmas.

The game’s aesthetic is super basic which could be good if you’re a first time player, but bad if you are a highly visual person. Not to worry though, there are still interesting features in this game like free spins, the gamble feature, jackpot, wilds, etc.

Microgaming was founded way back in 1994. It’s one of the oldest suppliers of online casino software and one of the of the most known too. They have more than 600 slots in their name.

Their success hasn’t come easy. Microgaming’s first casino, Gaming Club, is still operational and uses the same software. They have developed quality gaming solutions for themselves as well as players and operators in the industry. Microgaming is a very respected name. The company is known for paying out jackpots to winners immediately and as a onetime fee. 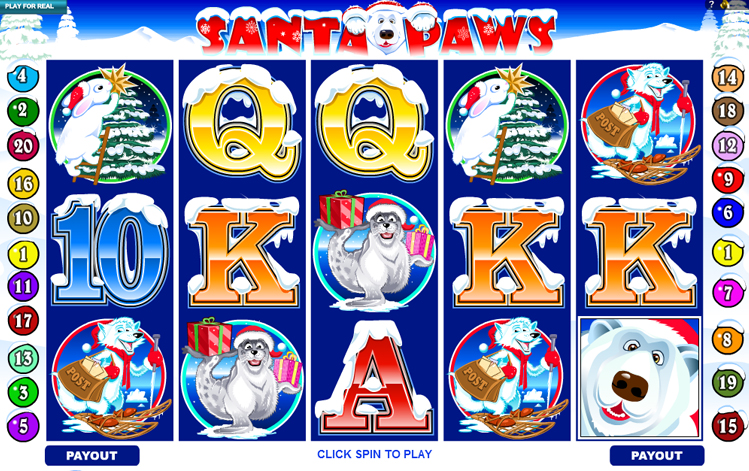 Spinners will notice one thing about this game right away. The Christmas vibe has been overdone. Firstly, every time you spin, the reels are full of the sights and sounds of Christmas. A torrent of sleigh bells sound as the reels spin. If you thought that wasn’t enough, a cute version of “It's Beginning to Look a Lot Like Christmas “plays throughout the bonus round. This may be a bit too much for someone who isn’t usually overly excited about Christmas.

The gameplay may be worth looking forward to though. There are free spins that come with 7x multipliers. There’s also the standard jackpot, which multiplies line bets by 4,000.

If you guess the Santa Paws’ card colour correctly, your win will be doubled according to the amount that activated this feature. If you guess a suit right, you quadruple the bet amount from your winning spin. Click here for more promos and bonuses on Easy! 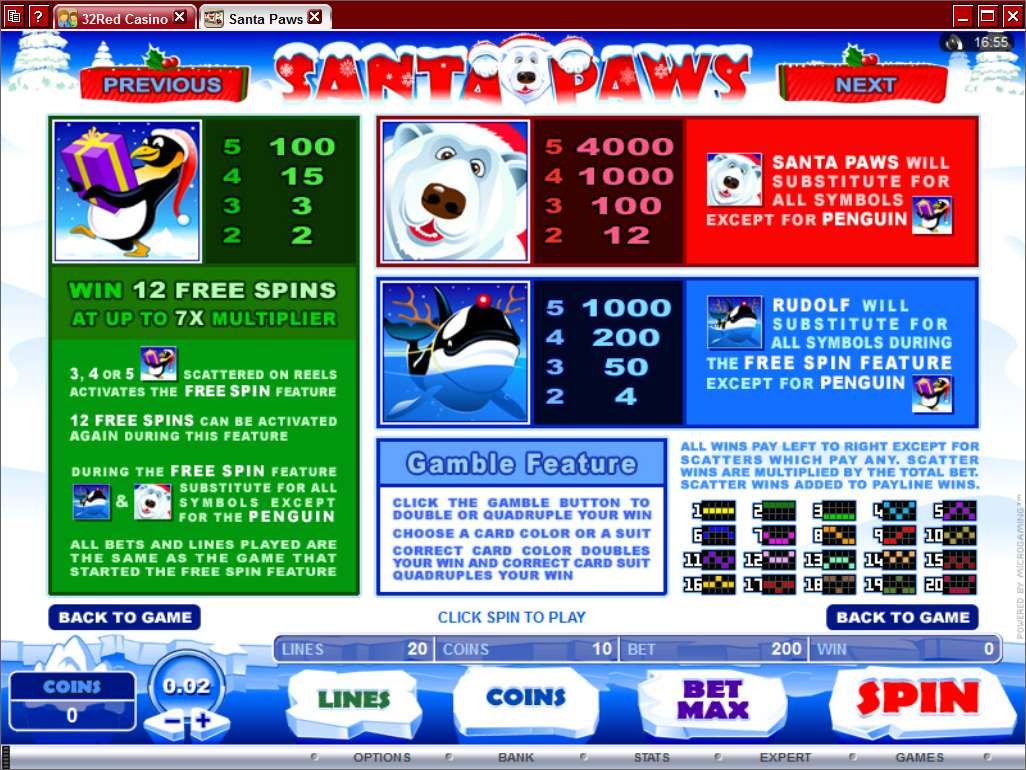 Santa Paws is a game for a season. The Christmas theme in the game is way over the top. Gameplay is also a bit standard without any special features used like special bonuses. There are better and more fun Christmas themed games out there, check a list of Easy's best rated slot games today!