It's a magic-themed best slots game from Core Gaming with more than a few tricks up its sleeves. RTP of 94.01%. The game-board is a five-reel, three row visual feast, with dark aesthetics lit up by incandescent flourishes. The purple-clad wizard watches proceedings from the sidelines but can choose to intervene with Magic Multipliers, Rewind modifiers (to trigger the bonus) and more. We especially liked the Free Spins feature which includes wild stacked Reels of Fire that can make the difference between big wins and magical mega wins. Spin the wheel today!

Core Gaming is a UK-based online games developer known for being one step ahead of the curve. Founded in the UK back in 2007, Core Gaming quickly established themselves as leading creative lights in the industry by building a large portfolio of the best online casino slot games including Colossus Fracpot, Mandolin Orchid, and Jackpotz. Core Gaming has supplied gaming software to some of the biggest operators in the industry such as William Hill, bet365 and Coral but what really sets them apart is their willingness to embrace new technology. This was exemplified by the company’s early conversion to HTML 5 in 2011 to satisfy the mobile gaming market then in its infancy. 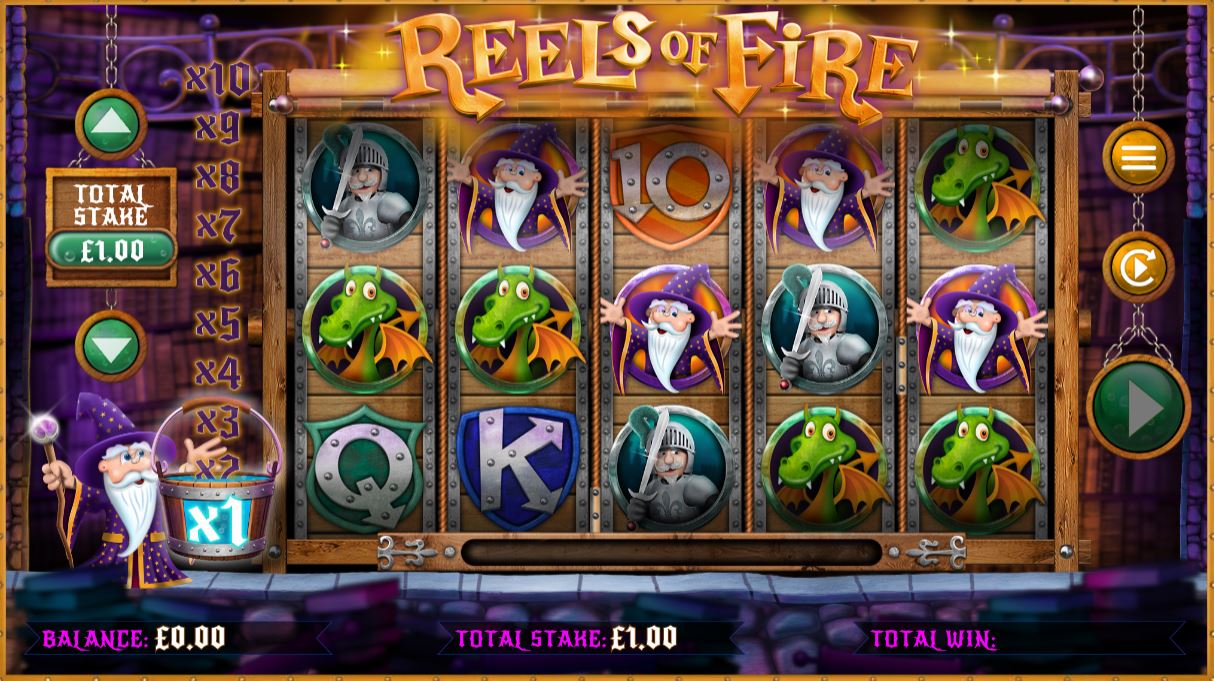 Reels of Fire is an enchanting magic-themed slot that showcases an abundance of creativity from its developer, Core Gaming. Basic symbols are playing card values from 10-A. Moving up a tier, premium symbols include a valiant dragon slaying knight, our wily wizard, a green dragon and a Reels of Fire gilded tile.

Special symbols include the wild furnace - three or more of which will initiate the Free Spins Wild Furnace bonus round. The wizard who keeps watch on the game-board from the sidelines can summon up to five Wizard Wilds during any spin which descend on the game and substitute for all symbols except for the bonus furnaces.

It’s a shrewd idea to stay on good terms with the wizard as he can modify any win with a multiplier which increases with consecutive wins up to 10x.

If you only land two bonus symbols (on reel one and three), and if our wizened wizard is feeling generous, then he has the powers to Rewind the fifth reel until the fifth furnace is displayed and the bonus is triggered.

Landing three Wild Furnace symbols on reels one, three and five triggers the Free Spins round. During this round, any Ignite symbols in view will start a flame. Collect three Ignite symbols for a wild stacked Reel of Fire for some cold hard cash prizes without a hint of trickery. easyslots promotions are awesome! 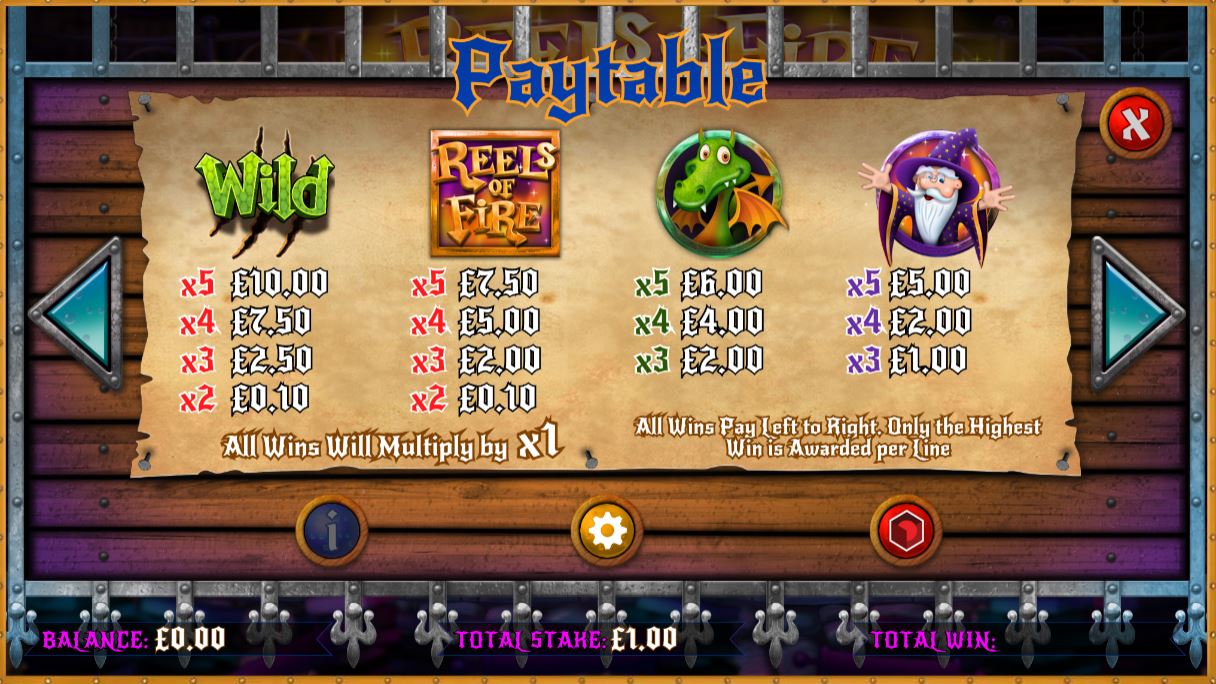 There are a number of great magic-themed slots, but Reels of Fire from Core Gaming more than holds its own in the war of the wizards. The wizard’s meddling is most welcome, especially when he initiates the bonus or sprinkles his wilds onto the game-board. With an RTP of 94.01%, Reels of Fire certainly ignited our interest. Get a free spins if you play on this pay by mobile casino.