Nikola Tesla’s Incredible Machine is one of the best slots. It's a 5 reel, 25 pay line Yggdrasil Gaming slot. The slot story is based on renowned inventor Nikola Tesla. Features you’ll enjoy here include wilds, free spins and reel clones. For reel clones, 3 reels are chosen at random and showcase the same symbols. The linked reels stay in position for all extra spins. Stakes start from 25p to £75 a spin on all iOS and Android devices. 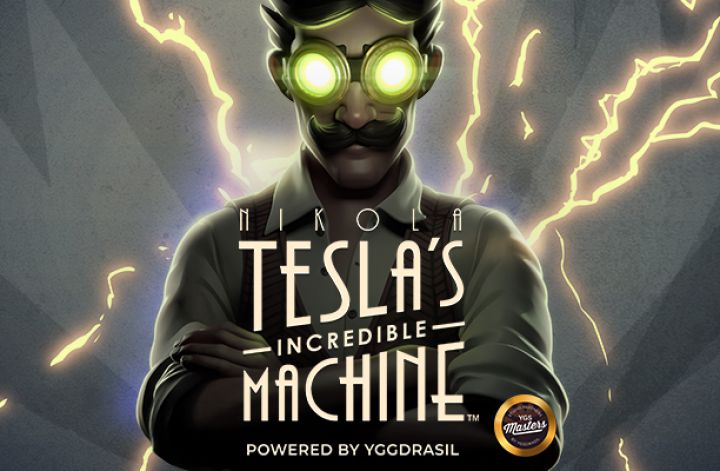 Nikola Tesla’s Incredible Machine has amazing visuals. The action is set in Tesla’s lab with something dark and sinister in the air. Symbols on the reels include card values A, K, Q and J, an assortment of devices Tesla used like goggles, capacitors and stopwatches. The stopwatch pays the highest value of 1x, 4x or 40x your stake for 3, 4 or 5 landings on a pay line. The wild is represented by Tesla who can replace all other symbols on the reels and rewards payouts similar to the high-value stopwatch.

-Wild Substitution – here a random symbol is picked and converted into a wild when it shows up during a bonus spin.

-Reel Clone - 3 reels display the same symbol arrangement and then stay in place for all bonus spins.

Yggdrasil - The Developer of the Nikola Tesla’s Incredible Machine Slot

Yggdrasil Gaming is a Malta-based online software company that was established in early 2013. Fredrik Elmqvist is the CEO of the company. His vision was to develop highly advanced gameplay instead of focusing on number-based games. Yggdrasil is an intricate and unusual name for a company. It is based on Scandinavian Mythology where it is used to represent a huge ash tree that’s home to dragons and eagles. Yggdrasil is also a doorway to all 9 mythical worlds. Play Neon Fruit Cityscape slot! 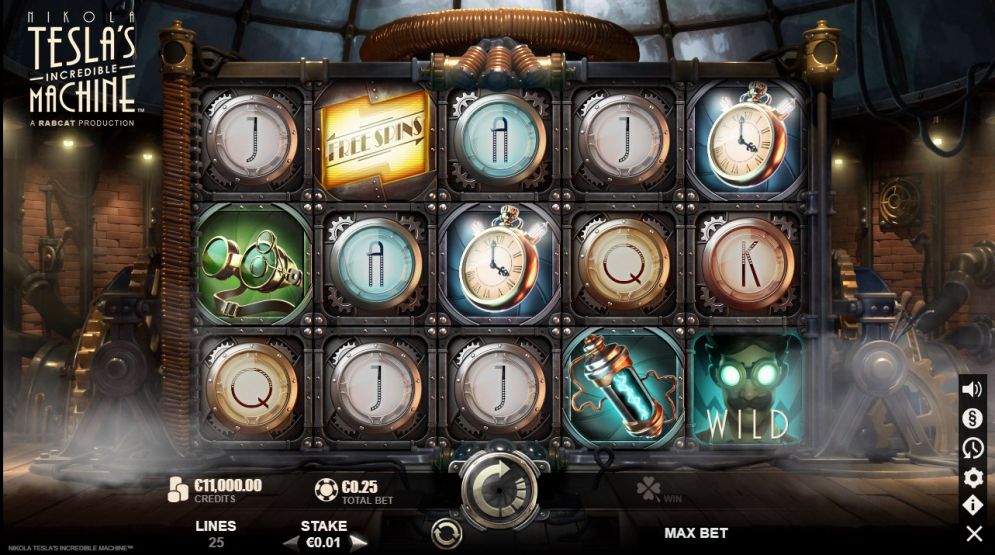 Nikola Tesla’s Incredible Machine is the best UK online slot game and the features aren’t too bad either. The Energy Burst feature is probably the best most likely due to the 3 extras. The Free Spins feature is also worth highlighting since it gets you5 levels and fixed wilds.

This slot has a medium to high variance where you can win over 4,000x your bet. You can also win up to 1,000x your stake per spin and/or free spin when you fill the reels with Tesla wilds and the highest value symbols the stopwatches.