Leprechaun's Magic best slots online has Irish luck as its theme, as the title indicates that already. Slots themed with Irish luck have been a part of the iGaming industry from the outset, so much so that almost all developer have slots bordering on the theme.

The usually cheerful Leprechaun does wonders to your gameplay by showing you with rainbow wins enveloped in pots of gold. In other words, you are going to be packing home some bags of gold, as you embark on this journey with the joyous Leprechaun.

Unlike most games with this theme, Leprechaun's Magic has features that considerably set it apart from others. One of such features is the Expanding Symbols feature in the base game, which expands winning symbols to cover the reels completely.

There's Sticky Expanding Symbols feature that turns all winning symbols made during the free spins round into gold and also expands them all over the reels. The Free Spins feature offers you spins that will help you maximize wins.

The slot game is played on 5 reels, 3 rows, and 10 pay-lines. Please read more details of this slot on here, as you may also proceed to play it on Easy Slots thereafter.

Leprechaun's Magic best online slot comes from the stables of Red Tiger Gaming, a software developer of remarkable excellence. Red Tiger is a casino games developer that makes games that pervade ordinary gambling but extends to the core of the iGaming sphere.

The developer is based in Malta where it assembles a team of mathematicians, software developer, gambling experts, audio engineers, graphic designers, among others to deliver quality games. Established in 2014, the company has maintained a really commendable string of operations in the slot and table games categories.

The result of such high professional operations is hugely felt across the length and breadth of the industry, as all its games are filled with satisfying and enriching features.

Licensed in Malta, Bulgaria, Macau, the United Kingdom, Alderney, among others, Red Tiger has grown to become a heavyweight developer.  It'd be nice to have a look at some games by Red Tiger to wit, so click to try pay by mobile slots here:

The above games and more from Red Tiger Gaming are available on Easy Slots always. 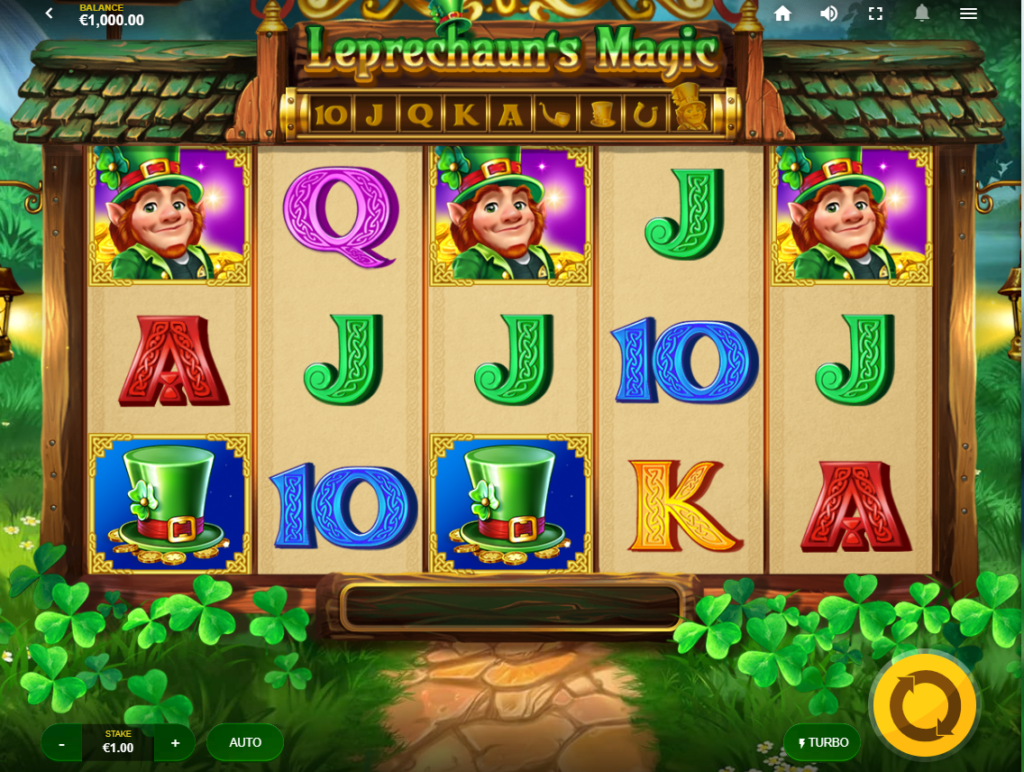 Leprechaun's Magic best online slot possesses gameplay that is laden with the utmost simplicity and straightforwardness. For instance, the Expanding Symbols feature will turn all winning symbols into gold, which upon appearing on the reels, expands all over the reels.

The expansion then causes improved winnings for all symbols present. Also, the Free Spins feature is set out to reward you with free spins according to the triggering scatter symbols.

Furthermore, Sticky Expanding Symbols feature comes into motion during the Free Spins rounds and turns all winning symbols into gold. The gold symbols subsequently spread across all the reels and remain all through the feature.

The prominent symbols are the cheerful Leprechaun, Horseshoes, Green Hat, and pipes, while the low-value symbols include card suits – A, K, Q, 9, 10. The wager is pegged at a minimum of 20 Pence and a maximum of 10 Pounds.

You can get more of the Golden Leprechaun Megawaus slot gameplay at Easy Slots any time. 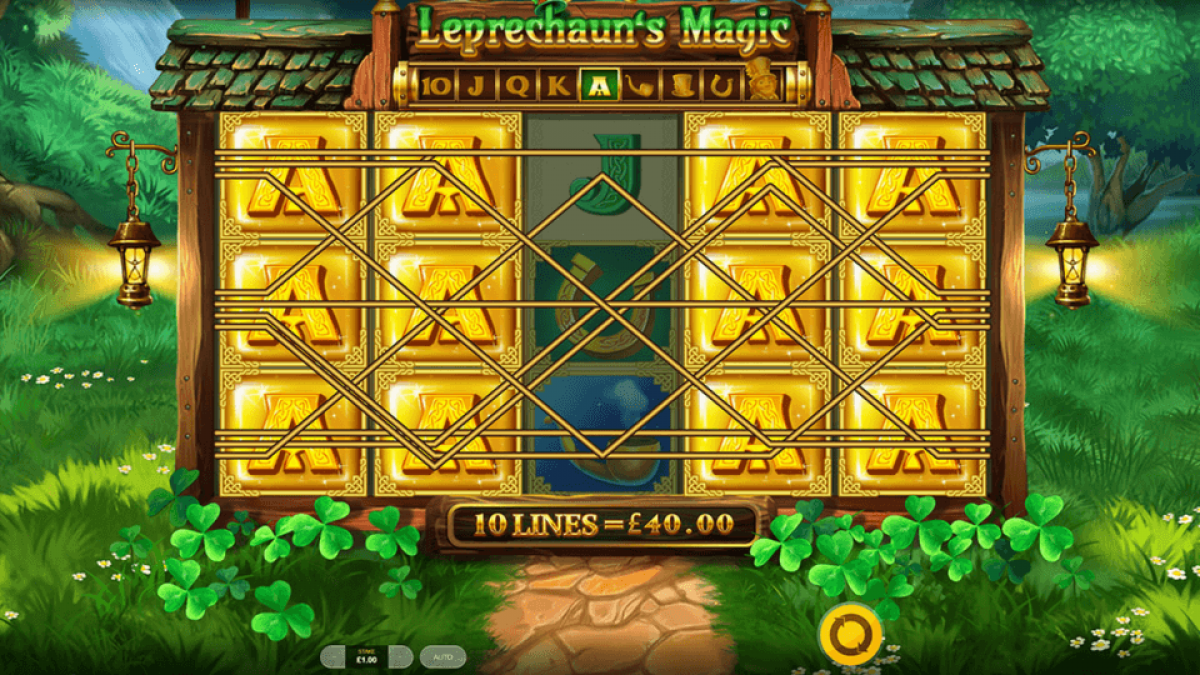 This feature plays out in the base game when you land a winning combination, which turns all symbols involved into gold. The gold symbols start from the next spin, and when they appear, they spread across all the reels, increasing winning potentials.

This feature is enabled by getting at least 3 Pot of Gold symbols on the reels simultaneously, which offers you an opportunity to spin the Magic Wheel. Spinning the Magic Wheel will then give you free spins depending on what you get, but you have a minimum of e4 free spins and a maximum of 16. In this feature, an additional 4 or 5 Pot of Gold scatter symbols will reward you with extra 4 or 8 free spins, respectively.

This feature comes to play when you get winning combinations during the free spins. The symbols involved in the combination will be transformed into gold and upon landing on the reels, are converted into expanding symbols. The expanded symbols maintain their position all through the free spins, increasing your potentials of winning the most substantial reward of 5,000 times wager.

You can trigger the above bonuses and scoop colossal win on Easy Slots now! 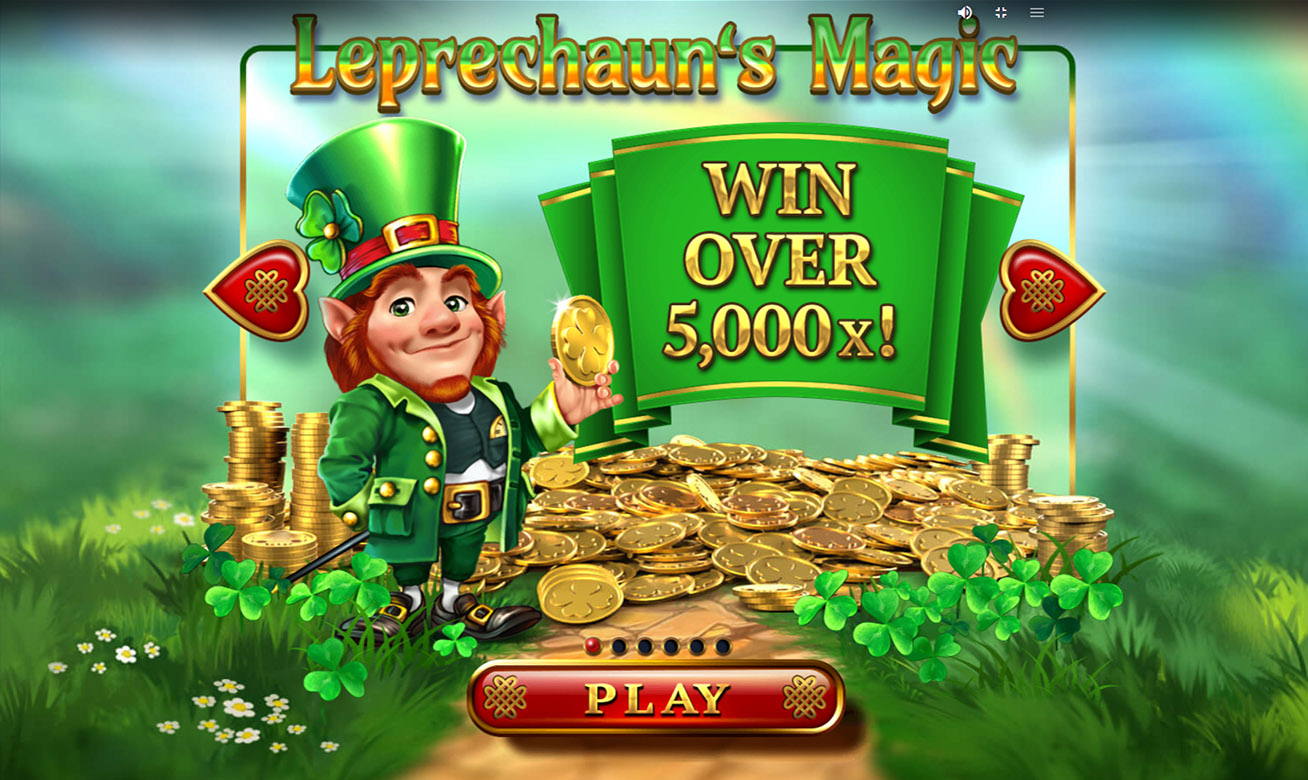 Leprechaun's Magic best online slot, as an Irish-themed slot will enhance and fatten your bankroll with sufficient fortunes. So, spin the reels now on Easy Slots and win massively now!  Another great slot you should try is the Fluffy in Space slot here at Easy Slots.