Golden Vault of the Pharaohs

Ancient Egypt is known for its treasures, what do you think is hidden in the magnificent vault of the pharaohs? Gold? Diamonds? Spin the wheels to find out!

Summary of The Golden Vault of the Pharaohs Online Slot

The Golden Vault of the Pharaohs by High 5 Games is a 5 reel, 3 payline slot with an Ancient Egyptian theme. It’s a different slot from most you’ve seen because it doesn’t have the typical markers of an ancient Egyptian theme like symbols like the popular symbols used in slots of that kind like beetles, pyramids, scarabs, the sphinx, pharaohs and Egyptian gods like Ra, Isis, Set, etc. However, the storyline is 100% true to the theme. You can play this amazing slot here at Easy Slots, where you can find the best slots to play!

It is based on the golden vaults that every newly appointed Egyptian pharaoh would use. It is where they used to store the treasures they were awarded once newly appointed. Your objective in the game will be to successfully match number values on winning paylines. If you can land two matching values on a same line, a cash payout will be rewarded.

The Golden Vault of the Pharaohs by High 5 Games has a unique feature called the Omni-Buck Multiplier feature, where players can easily form big winning combinations when they correctly line up numbers on a payline. Of course, this is absolutely random. In this feature, players will be able to win the jackpot prize that the slot offers. This casino game is available to play on all iOS and Android PC, tablet and mobile devices.

About The Golden Vault of the Pharaohs Free Spin Slot

When the newly appointed pharaoh would be awarded their new treasures, they would quickly store them in the golden vaults. No one knew where the sealed golden vaults were located. The vaults were literally inaccessible to anyone who didn’t know their whereabouts- they were believed to be hidden deep below the kingdom. Why not take advantage of our slot bonuses to uncover these treasures?

Because few of the true location, the golden vaults remained untouched for centuries. No one dared to venture below the kingdom, until now. You are the lucky player who gets to see the hidden treasures of the golden vault. Winning combinations in the game are formed when players 3 matching numbers line up in a line. A cash payout will then be awarded and you’ll also get to unlock a vault.

The Golden Vault of the Pharaohs by High 5 Games has a gold design with the gameplay on offer being very simple and high action. It’s the perfect slot for beginner casino players or for anyone who wants a break from the usual monotony that modern slots offer. It’s also the perfect slot because you don’t need to be guessing your next move, you can just mindlessly spin the reels and watch the matching numbers appear on a payline.

Omni-Buck Multiplier feature- the Omni-Bucks feature starts randomly when you land a big winning combination when you line up numbers on a line correctly. In this feature, players will you can win a jackpot prize. 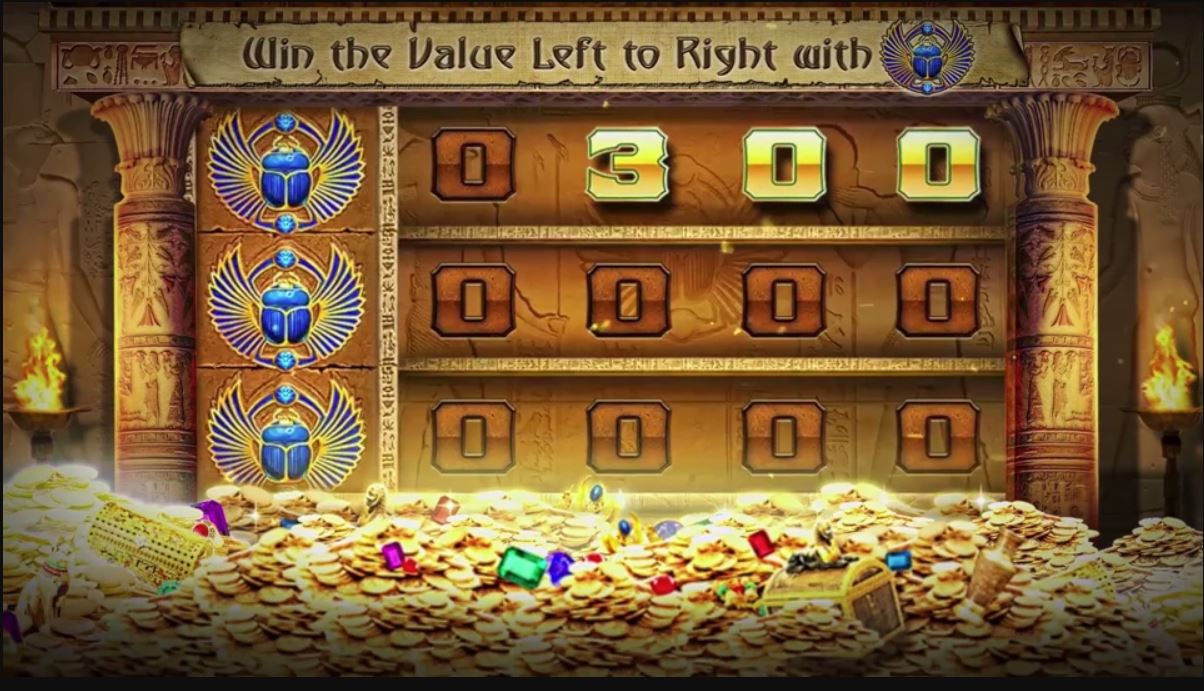 High 5 Games: Developers of the Golden Vault of the Pharaohs Casino Game

High 5 Games is an online casino software developer that was established in 1995 and has produces some of the best online slots game 2020. The company is well known in the industry as they have a reputation for producing award winning slots. They credit this mostly to their unique style – an artistic charm combined with an interactive element.

Players can enjoy scatter pays, amazing features, multiple bonuses and secondary bonuses. Beginners and professionals will appreciate that this slot has a simple user interface that offers a dynamic and distinct style. Some of the most famous games they offer include; Golden Knight, Double Da Vinci Diamonds and All That Cash.

High 5 Games has its main headquarters in New York with smaller offices located all over the globe in Malta, New Jersey, London, Gibraltar and Kansas City. The company has a continuously expanding portfolio of games with over 500 unique slot games released in their name. They have a presence across 6 continents with offices in over 150 countries. High 5 has been a force to be reckoned with in the industry since 1995. In 1996, their hit slot called Pick 5 poker, licensed by WMS, became their first big release. It was the start of their career.

Perhaps their first most famous release came in 1999 when High 5 Games launched Hot Hot Hot. It still remains one of their most played online casino slots. Their Cash Encounters, Heist and Platypus slots are all licensed by Bally. Hot Hot Hot is one of Bally’s most played land-based slots. High 5 Games usually licenses all their casino products to several gambling companies like WMS Gaming, Caesars Gaming, Bally, Sigma Gaming and Hasbro.

Thanks to their incredible success, High 5 Games has managed to tap into many regulated markets across the world. They are fully regulated and boast gambling licenses from reputable licensing jurisdictions all over the world. You can enjoy all these and more High 5 slots like The Golden Vault of the Pharaohs here at Easy Slots, where you can also play slots pay with phone bill. 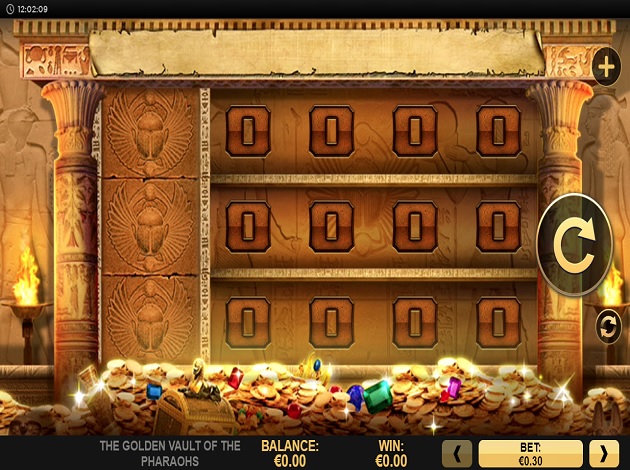 Last Thoughts on the Golden Vault of the Pharaohs Video Slot

The Golden Vault of the Pharaohs by High5Games is the perfect slot to play after a long day at work because if there was one way to describe this slot it would be; unwind. This slot helps you relax when you feel like your mind has been on all day. That’s because all you need to do is spin the reels and keep your fingers crossed that a successful winning combination appears on the payline.

Now and then during gameplay, players will start up the game’s amazing bonus feature- the Omni-Buck Multiplier feature where it is possible to land a big winning combo if you line up all the numbers on a payline correctly. If you’re lucky, you’ll trigger The Golden Vault of the Pharaohs jackpot.

If you want to enjoy a refreshing take on an ancient Egyptian theme, give this slot a spin to enjoy some classic action. You can look for High 5 Games The Golden Vault of the Pharaohs here at Easy Slots where you can enjoy playing the very best of online casino games such as the Pirates' Frenzy Slot.