We bring you Gods of Olympus game. Seet in ancient Greece. Chock-full of Greek letters and symbols of Greek artefacts and even the Gods themselves, the game is played out against a backdrop silhouette in pale blues showing mountains, monuments and pillars and with an accompanying soundtrack of music that could well have been played in ancient times on the lyre, harp or cithara. Easy casino always makes sure that players only get the best slot site titles!

Formed in 2003, 1x2 Gaming is based in Brighton. Its main focus is on virtual sports games – they are ‘the inventors of virtual football betting’. But in addition, they offer a number of slots of which Gods of Olympus is just one. If you like this game because you love myths and legends, then you’ll probably also like the following games from them: 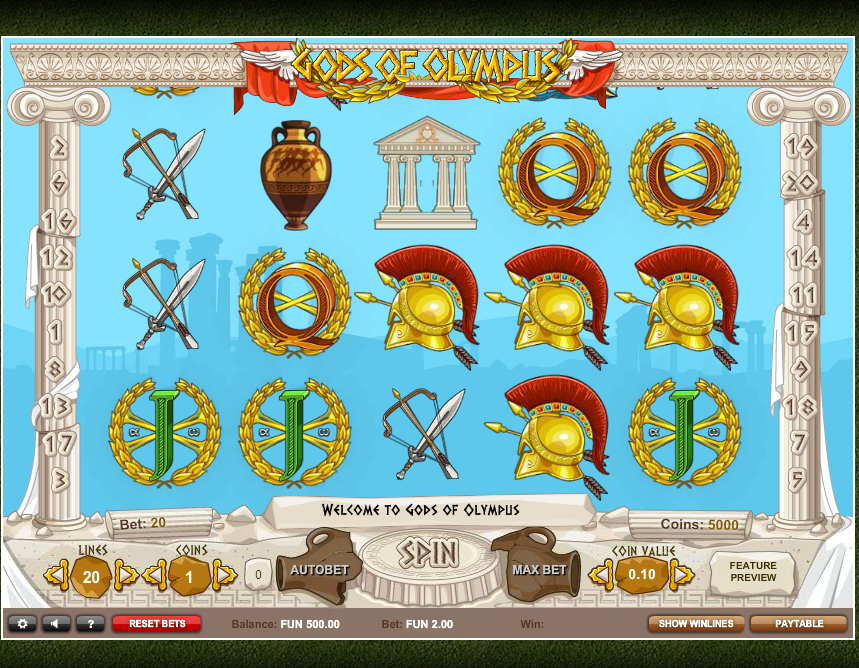 The lower value symbols are the playing cards in Greek lettering, then the scoring values increase through an urn, a crossbow and sword to the higher scoring cards which feature a warship, helmet and temple.

Then away you go by clicking Spin.

Triggered by three or more bonus symbols in a spin, five urns appear on the screen and you have to open them to obtain the wealth they hold. 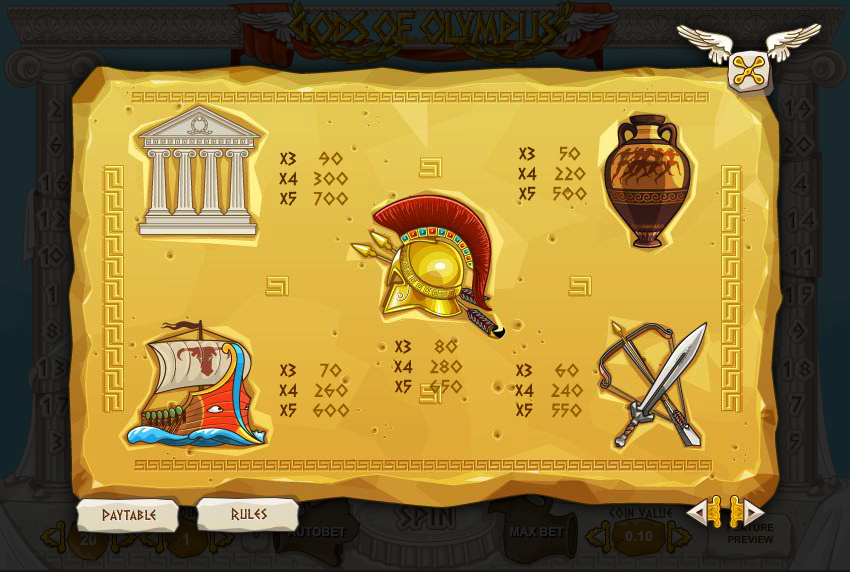 Gods of Olympus online slots casino game is simple to play with, easy on the eye but also backed by the iconic myths of ancient Greece. The Gods of Olympus in the game title are immortal and they determine the outcomes of your human endeavours. So spin and see what they may do for you. If you enjoyed Gods of Olympus why not try more of Easy's best rated slot games online to play!

Why not also check out Wizard Slots since you are here?