Get ready to let Microgaming take you on an adventure, deep into the magical forest when you play this 5-reel, 25 pay line game Gnome Wood slot. Join the Gnomes in their woodland home and maybe you can uncover some ancient treasures.

This best slots online game is graphically stunning and has the level of detail of a Disney movie or children’s cartoon. The backdrop shows a beautiful scene of the Gnome Wood with a lake, blue sky, trees, mushrooms and little gnome houses built into the side of the trees. There also seem to be some ancient stone sculptures in this magical setting. The whimsical fairy tale music helps enhance the theme further. On the reels, there are runes carved into stone making up different coloured symbols, which seem to be representative of the elements: Earth, Water, Wind and Fire. There is also a cauldron, precious stones, golden coins, a gnome character, a rat character and a spell book. Help these little creatures cast their spells and you may be rewarded generously. If you are eager to get started and head to the world of gnomes, you can play for real cash now at Easy Slots.

Microgaming has yet again produced another visually impressive top online slot games that is vivid and engaging and tons of fun to play. Since 1997, Microgaming has taken the world of online slot gaming to the next level, with every passing year as they strive to up their game and provide cutting edge entertainment for players. If you loved to play Gnome Wood mobile slot and you want to check out some more Microgaming titles to see what all the fuss is about, try playing The Dark Knight Rises or Tomb Raider. 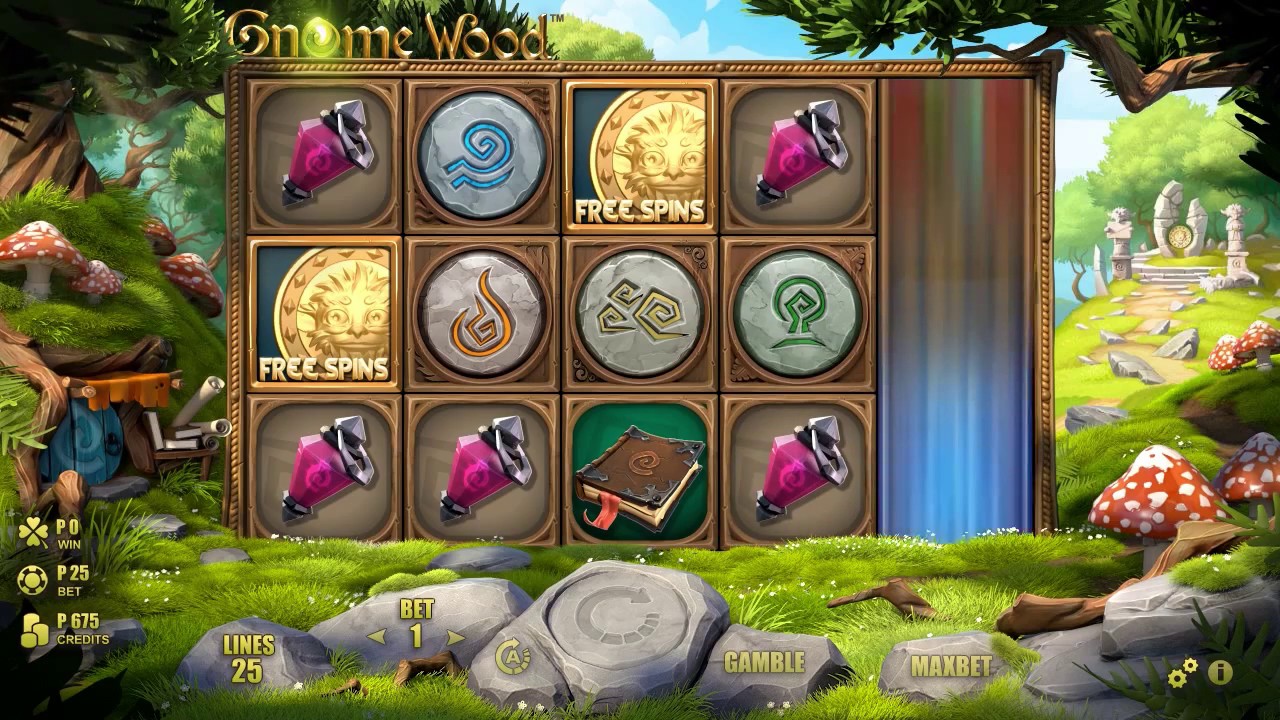 There are loads of lovely features in this game to get excited about, because they will ultimately help you win more real cash prizes! Let’s take a look at the rules of this casino slot game:

The free spin scatter symbol activates 10 free spins when 3 or more appear on the reels. Wandering wilds can appear in free spins and trigger the bonus spins feature.

The final special feature to keep an eye out for is the gamble game where you can choose a gold or bronze cauldron. If a magic spell is cast above your chosen cauldron your win is doubled. 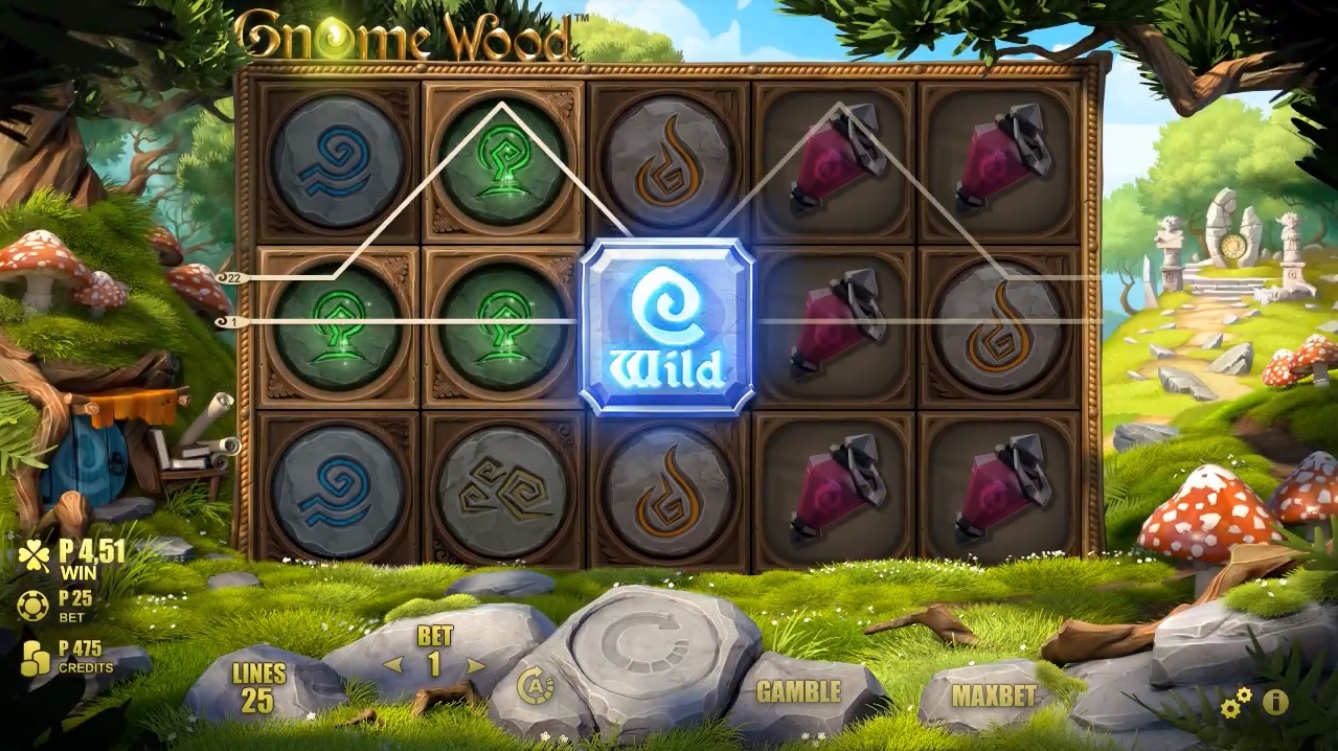 This game is full of light-hearted fun that will have you coming back for more Gnome Wood slot fun again and again. If you enjoyed Gnome Wood, you'll love Cashapillar