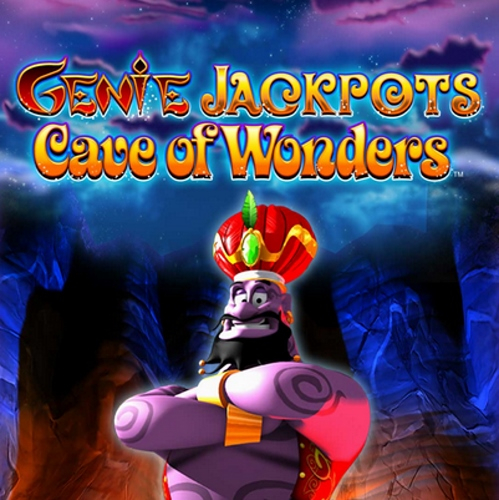 Genie Jackpots – Cave of Wonders by Blueprint Gaming is a 5 reel, 20 payline slot game. Players will get to benefit from several features here including a special trail that awards you prizes along the way. You could win multipliers, free spins, cash prizes, re-spins, etc. You can easily win 10,000x your bet here thanks to all the features. Start your stakes from 0.10 credits to a maximum of 100.00 credits.

About the Genie Jackpots Cave of Wonders Slot Game

The slot has an Arabian-style theme, with the action being set in a cave. Symbols on the reels are colourful starting from the top where you’ll see only half the feature board with  the rest available when you activate the full feature. Numbers 1 to 8 have been indicated on there with each symbolizing the trail. The symbols include plums, lemons, cherries, grapes, oranges, a genie lamp, 2 swords and a genie’s hat. The game logo is the highest paying symbol. When 5 land, you’ll win 50x your stake. Find more promotional offers and bonuses!

The numbers take you along the Trail where you have a chance to get entry into the next feature. You can win prizes on the trail, a boost higher on the trail, a guaranteed win, a re-spin, cash, a free spin, a multiplier, a bonus, etc.

Past the trail lies the super board which gives you access to up to 16 feature rounds including;

-Lamp it up - 3 lamps appear on screen and a chance to unveil them is presented. Choose 1, 2, 3 or collect to move up the cash ladder.

-Reels of Wonder – the base game reels spin & you click on stop and start to have an additional win on any payline of your choice.

There’s so much more that awaits you so start playing now.

Blueprint Gaming is a UK based company that has been in the online slot software industry for several years. They make some of the best online slots in the industry! In 2008, Blueprint made news when it was announced that the company would be taken over by German gambling giant the Gauselmann group. This move not only improved their profile, but it also allowed them to form better partnerships within the industry. Blueprint Gaming is licensed to operate in Alderney where their games go through the thorough testing before being released. If you enjoy this game, why not try Dragon Strike slots?

Fancy pay by phone slots? No worries. This slot is also available on your phone! 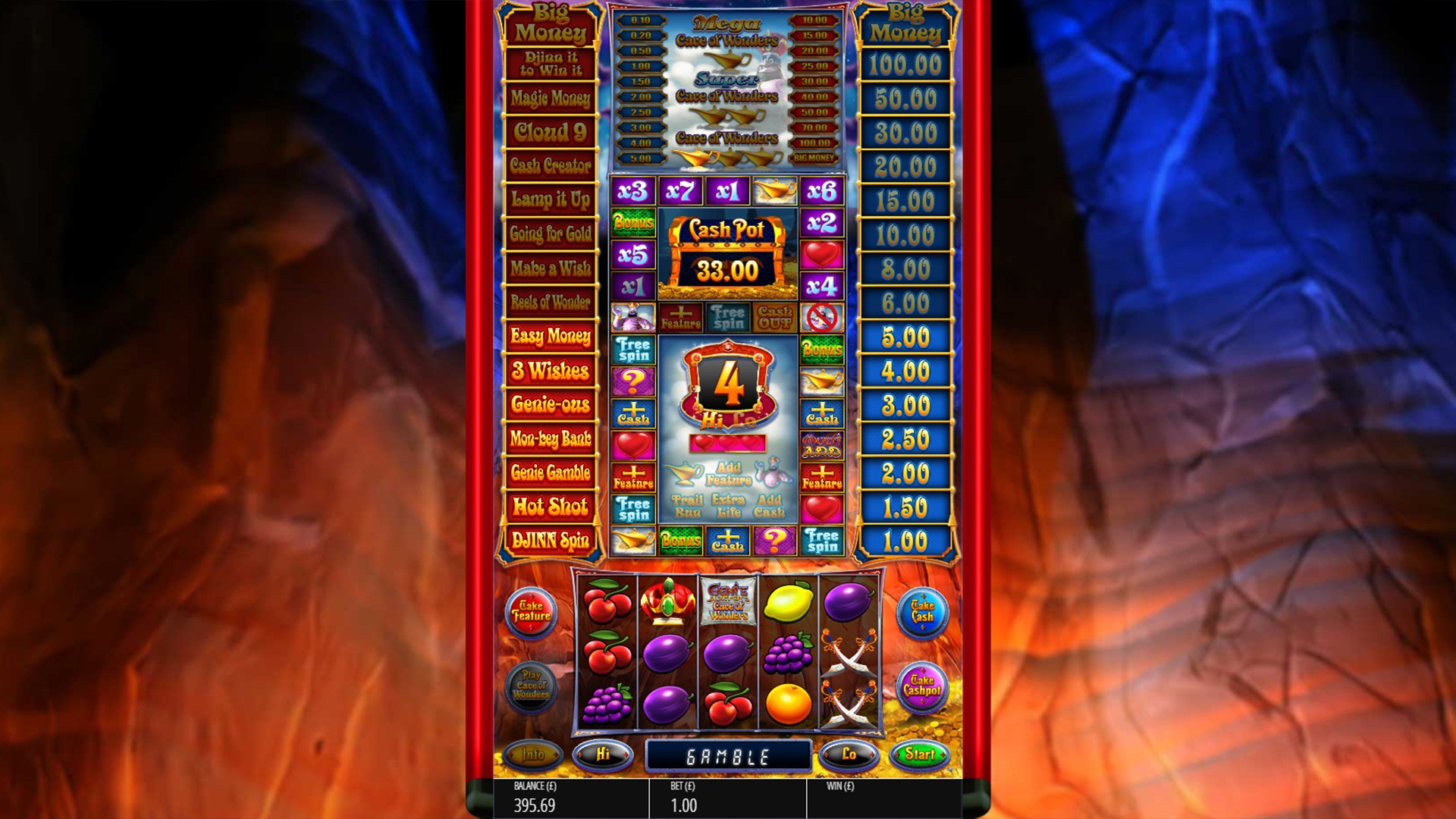 Genie Jackpots: Cave of Wonders by Blueprint Gaming is definitely an interesting game that’s a lot of fun to play and leaves you with plenty of opportunities to win big. This game is full of intriguing bonuses that work to give you a full-on gaming experience. If you’re lucky, you could walk away with a heavy pot of gold. It’s a great slot with decent graphics and loads of opportunities. You’ll enjoy the RTP value this medium variance slot has got as it is a cool 96.57%. Check it out.