Here's a brilliant new casino game in the form of Gem Rocks, a 6 reel slot brought to you by Yggdrasil Gaming. Based on the classic rock game, this unique slot has an impressive 4096 different ways to create winning combinations.

Gem Rocks has 6 reels, which contain 4 symbol positions allowing for players to create endless amounts of ways to win (4,096 max). This slot is one of the most innovative on the market, with exciting features and so many ways to win; it is a great slot game both in its design and gameplay. Play the best slots game at Easy today, or read more about Gem Rocks below. 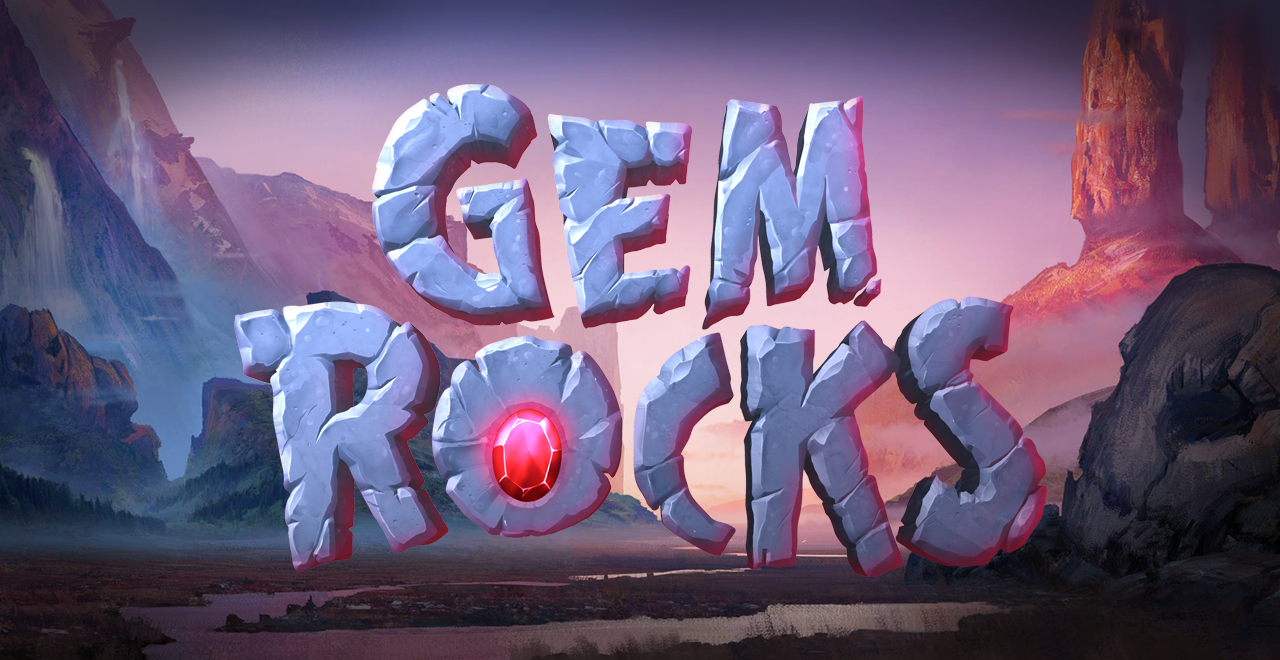 Yggdrasil is a casino games developing company based in Sweden. Having only started in 2013 they are quite new to the gaming scene however in that short time they have been very successful winning numerous award for their slots including International Gaming Awards Innovator of the Year in 2017 and EGR Slots Provider of 2016 and 2017.

Their Gem Rocks slots are one prime example of what Yggdrasil is capable of producing. Using cutting edge technology and superb features, they are sure to keep the ball rolling in their success of developing innovative best online casino slot games. 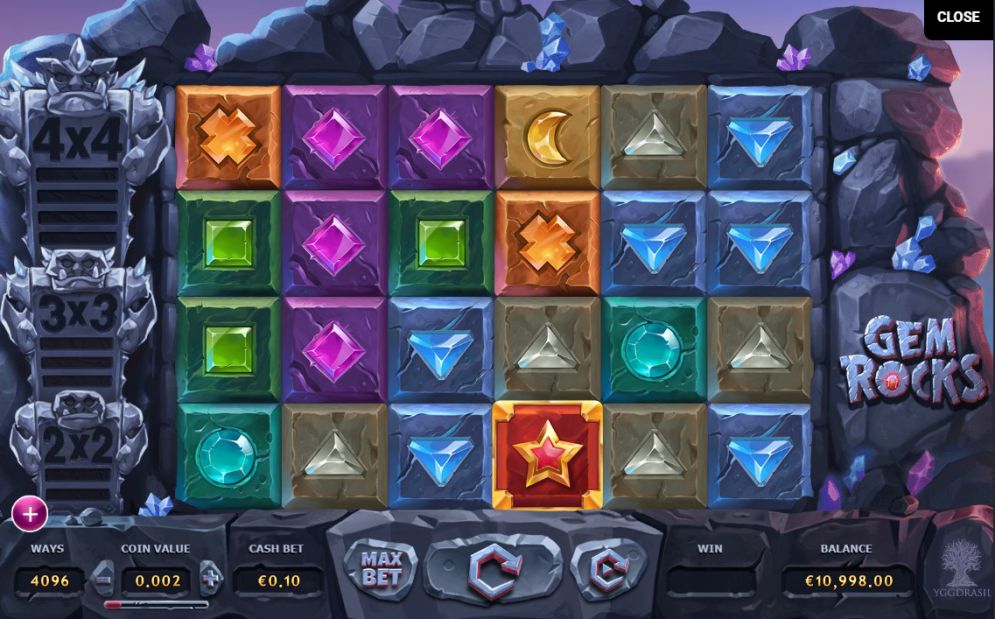 The 6x4 gameplay means that players have 4096 different ways to create winning combinations in Gem Rocks, impressive! Taking inspiration from the classic gem and rock games where players move the rocks to get the gems, this slot follows the similar rules with the added extra of slots.

The game is set in the mountains and has well-themed background music; the game is fast paced and has plenty of bonuses to keep players entertained. The symbols include the rocks and gems, with the most rewarding gem being the red star that gives you 75 coins if you land 5. The lowest paying symbols are the brown cross and purple diamonds that pay 5 to 20 coins, the green, white and blue gems are worth some more. The crescent moon gem will give you 10 to 35 coins depending on how many matches you land.

Gem Rocks slot game doesn’t feature any ordinary wilds or scatters but never fear as the game is packed with plenty of different bonus features.

Read more about pay by phone slots and claim your free spins today when you sign up on Easy Slots. 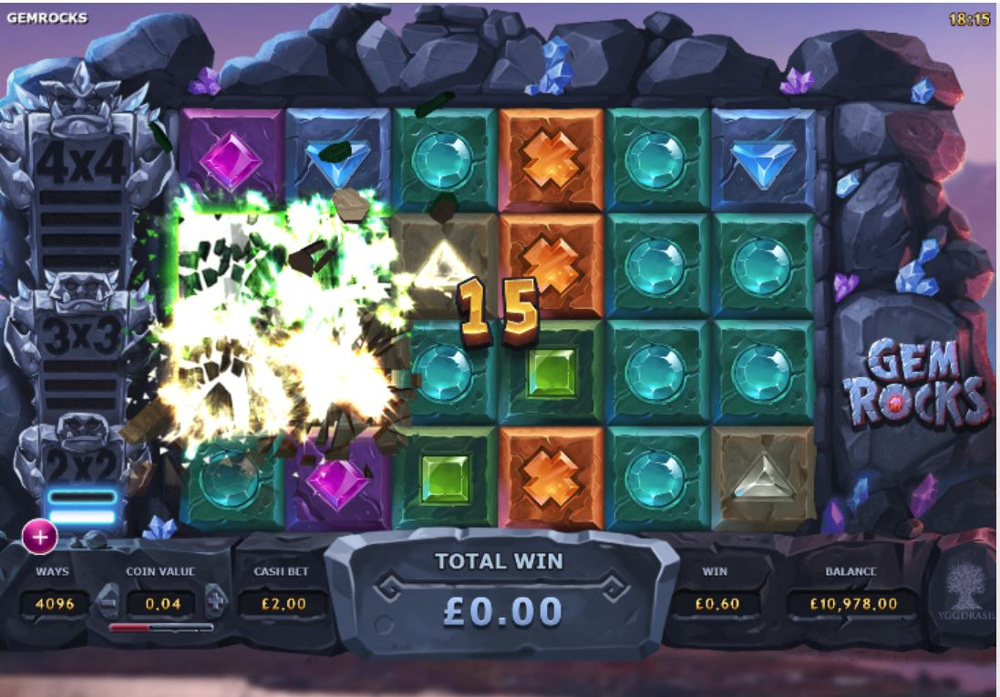 The Verdict on Gem Rocks Slot

For anyone who enjoys playing slots, Gem Rocks needs to be given a go, mainly for the 4096 different ways to win that the game offers. With a vibrant and colourful design, this slot game is fun for all players, but in particular for the fans of the classic gems and rocks game.