Dollar Llama is 6 reel, 50 payline slot created by High 5 Games with a hilarious llama theme. This llama is loaded with cash and is having the time of his life. All you have to do is join him on his adventure to find even more cash to splash. The design is fun and colourful and is filled with lots of other adorable 3D animated creatures. Dollar Llama game has lots of thrilling features including a scatter bucks feature and stacked wilds feature. If you're ready for an adventure searching for money, then grab your bag and let's go play the best online slots 2019!

High 5 Games is one of the best online UK slot games operators in the iGaming industry, providing online slots with free spins. They have more than 20 years worth of experience in creating exciting and innovative games. High 5 Games believes they stand out from their competitors by a mile. They believe this because every one of their slots is created by the best mathematicians, software engineers, programmers, and artists. They have a staggering 300 games to offer and are always coming up with new concepts for their games. High 5 Games has produced some of the best and most recognisable games in the industry including Golden Goddess, Cats, and Photographing Fairies. If you liked Dollar Llama, why not take a look at these titles? 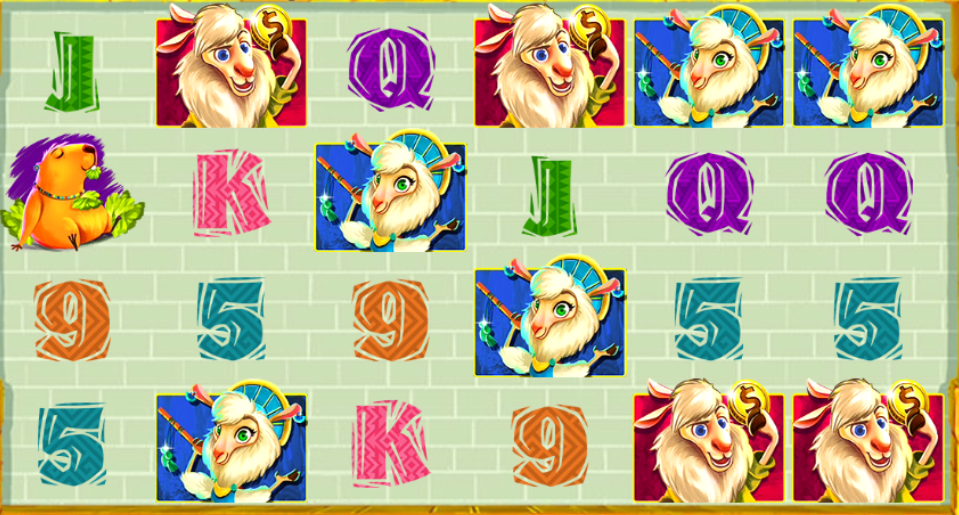 Dollar Llama is a fun 6 reel, 50 payline slot with a hilarious llama theme. These cute and cuddly creatures are the main focus of this game and you often see them popping up when you win big. Cash and coins also fly across the screen with every big win which is very exciting! Behind the reels, you'll see a lovely South American landscape full of mountains, trees,  and blue skies; the perfect home for the little llamas. The symbols include playing card icons 5, 9, J, Q, K and A, llamas, sheep, and two tiny rodents.

The Wild Symbol - The wild symbol in Dollar Llama is the golden 'wild'. This replaces all other symbols apart from the golden llama bonus symbol to create winning combinations.

Scatter Bucks - You don't have to play all 50 paylines in this slot, however, if you do, you can access the scatter bucks feature to win even bigger prizes. In this feature, all wilds will have a certain amount of credit attached to them. The amounts differ depending on where the wild has landed.

Dollar Llama is a very entertaining and hilarious slot. It has a fantastic theme and great 3D animations. Every now and then, it will rain coins and cash which is a great sight to see! To get the most out of this slot, it's best to play with all 50 paylines so you can access the scatter bucks feature to win some great golden payouts.