Currently, many superhero top rated slots are finding their way to the gaming market particularly with the influx of DC and Marvel Comics that have been changed for the big screen. These types of slots are gaining a lot of popularity which has paved way for such slots like Captain Payback.

Captain Payback is a High 5 Games slot with a comic animated style that gives players a sure way of enjoying themselves. It features wilds, free spins, and an impressive jackpot. Read more and make sure that before you start playing you check our slot promotions!

High 5 games is an online betting software developer based in New Jersey.  The developer has made a name for itself by providing land-based casino software. However, in the recent past, it has started integrating its popular games to the online world. It also has made a name in being the leading social gaming developer by supplying games to sites like Facebook where they are played in free mode.

Although the company conducts most of its businesses in a social environment, they also provide a series of games to casino regulated markets. As of now, the company has over 300 games offered at casinos.

Some of their best online slot game include:

Captain Payback features the standard 5 reels and 50 paylines layouts. The game automatically plays all 50 lines, with a min bet of 1 cent. The bet size can be adjusted to reach $3. Once you have selected the bet size, you can start spinning the reels.

Symbols on the reels include the logo, four characters and the standard card suits from 10-Ace. The wild symbols appear the second, third, and fourth reels. The game also features a Lighting Strike Symbol which triggers the bonus game. Three or more symbols match to form a winning combo.

Fancy this game? Play on Easy pay by mobile casino!

The wild symbols can change and become expanding wilds if you manage a potential pay line. If you land on multiple wilds then you will have multiple Expanding Wilds, which leads to a major win. 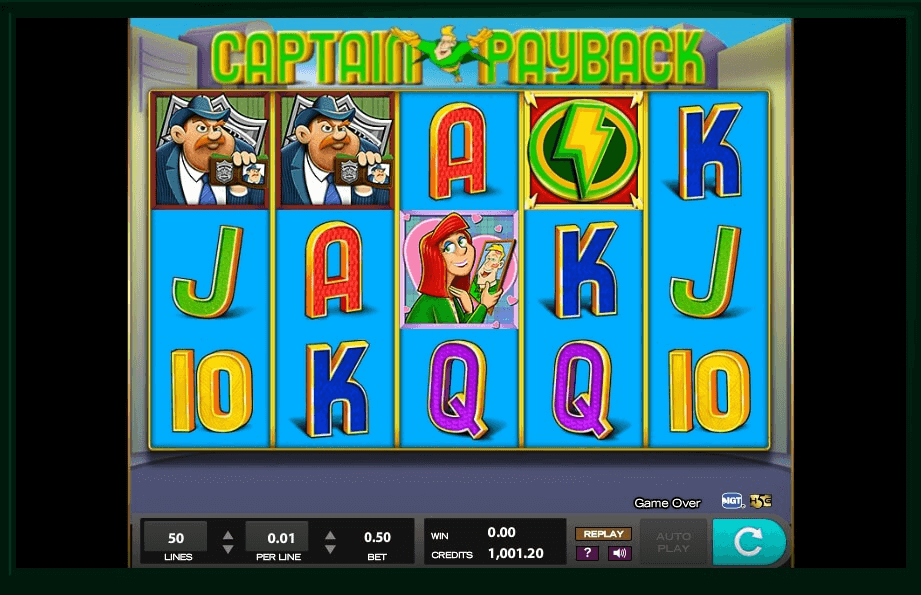 The capture bonus is activated when you land three Lighting Strike Symbols on the 3rd, 4th, and 5th reels. You will be awarded five free games on another reel set. This bonus cannot be reactivated and will come to a close once you have depleted all five free spins or after the Jackpot Bonus has been played.

During this bonus round, symbols include the four characters—the evil doctor, twins Nickel & Dime, the thug and the robot, Rob N. Steel, along with Jack-Ace. Three or more symbols will lead to a payout. There is also a wild that appears on reels two and three and does not expand.

To qualify for the jackpot bonus, you must capture all four characters. This occurs when 3 or more of the symbols appear on a winning pay line. This is a pick bonus with 10 levels. The first nine levels each have 5 pick options. You select one of the five characters to reveal your reward. This will either be ‘Collect’ or Advance. Each has a corresponding value from 5x to 1000x your wager. The bonus will end when you hit Collect or when you make it to the tenth level.

The Captain Payback slot comes with a higher return rate than most of the slots by High 5 Games. The RTP is 96.50% which is means that you won’t have to struggle to land a win both in the base game and bonus rounds. If this game doesn’t seem right for you why not check out Boom Pirates slot?