Here's one of the best slots game from the team at Yggdrasil Gaming. The bicycle kick is perhaps the most complex and fantastic way of scoring in the ‘beautiful game’ also referred to as ‘football’; or even ‘soccer’ for our American friends. To score in this manner: takes skill, perfect timing, athleticism and ultimately pure class.  The first bicycle kick taken can be dated back to the early 1900’s in Chile. Since then it has been incorporated into the modern game, which perhaps the most famous one coming in the Manchester derby, with a match winning goal from Manchester United’s ‘Wayne Rooney’ from outside the box. We hope you too can create a memorable moment with our football inspired game “Bicicleta”. It has loads of awesome football content and fantastic bonus rounds to keep you entertained for longer than ’90 minutes’ in this best online casino slot games. 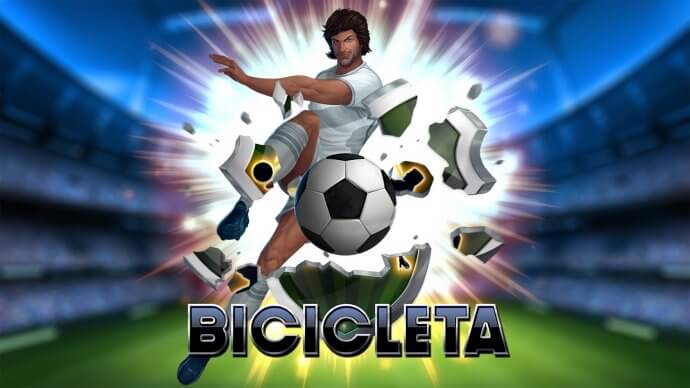 Developed by the prestigious “Yggdrasil”, who’s branding represents an immense mythical tree that connects the nine worlds in Norse cosmology. Based in Malta, “Yggdrasil” have an on-growing reputation for their high tech online slots games. They pride themselves in developing cutting-edge online and mobile games with a seamless integration process. The game itself works on a standard set 25 line stake system; making it both easy and simple for both returning and new customers alike, to play. All you have to do is determine your stake. If you were impressed by “Bicicleta”, then you should be sure to check out their other titles, such as:

To get started, Learn how to pay with phone credit slot. 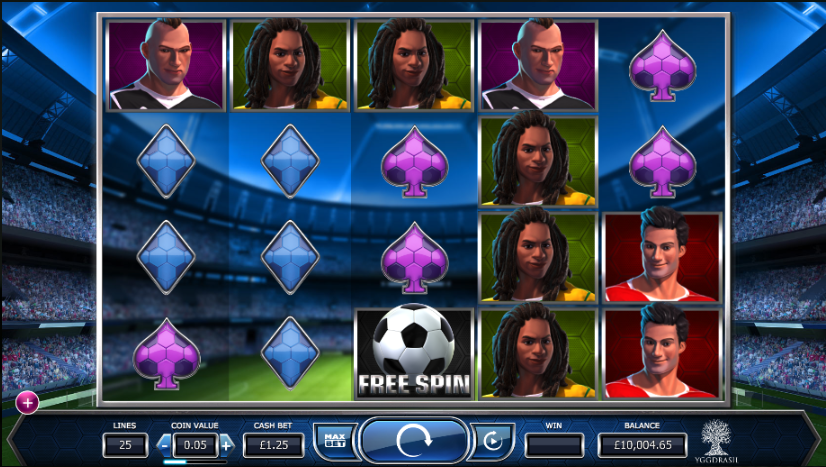 Your goal for this game: collect as many coins as possible! There are many ways to accumulate coins in this slots game,  however, the easiest method would be to collect symbols. The coin system is ranked in chronological order: collect a symbol three, four and five times for a coin reward, the coin reward becomes greater for each symbol collected (maximum five). The symbols are broken down into low pay and high pay symbols. The low symbols consist of the card suites: clubs, hearts, diamonds and spades, with the coin reward ranging from 5 coins to 80 coins. The high pay symbols comprise of character headshots (football players), ranging from a reward of 20 to 250 coins. All twenty pay lines pay from the left. However you should also look out for:

·        A free spin, this allows you to have a go without paying credits and is a fantastic way to add to your treasure.

·       A wild symbol, this will substitute your basic symbols for winning symbols, increasing your plunder.

·        Sticky Wild symbols, this will also become present during a free spin; this allows certain symbols to stick while playing, creating bigger combinations of scores.

·        Trophy Symbol, this special symbol can only be found in the fifth reel and can grant you a reward of up to 1000 coins or multiple free spins. 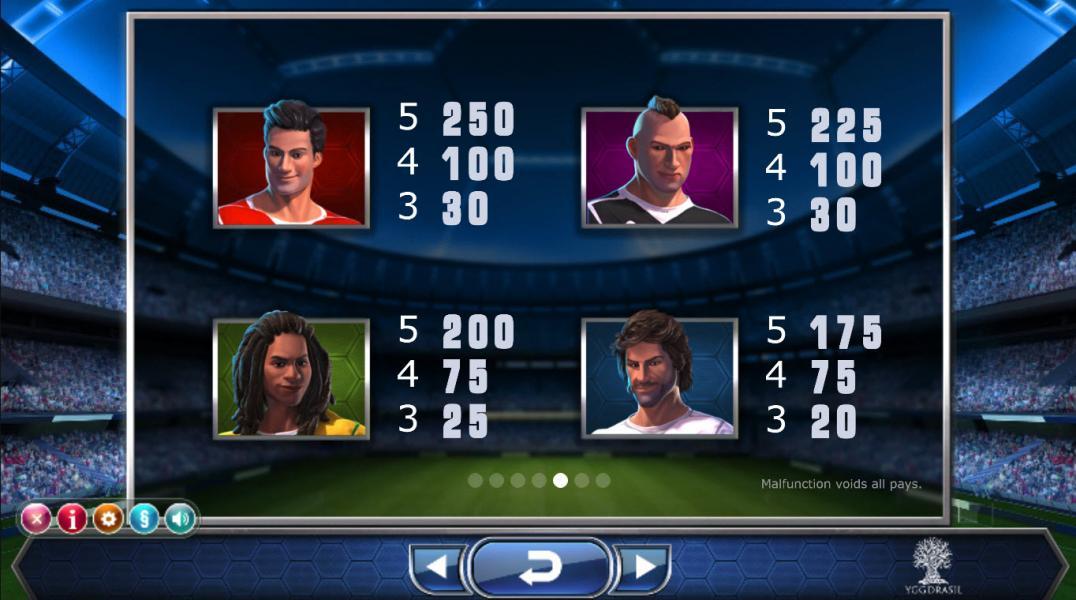 “Bicicleta” is one of the most entertaining online slots game currently developed. It has amazing football content and graphics, which makes the game a delight for any football fans to play. If you enjoyed this slots game, then you should also check out “Golden Fishtank”. spin the wheel today!