Join Jack Bauer and his team crack the code and save the world in this online 5 reel slots age based on the hit TV series. 24 immediately was a breath of fresh air with its real time storytelling and intense dialogue thankfully the cast and atmosphere of the show has been immortalised in a 5 star slot games online where you can win yourself a nice bit of cash and some free spins. It’s a race against the clock. Join & play today! 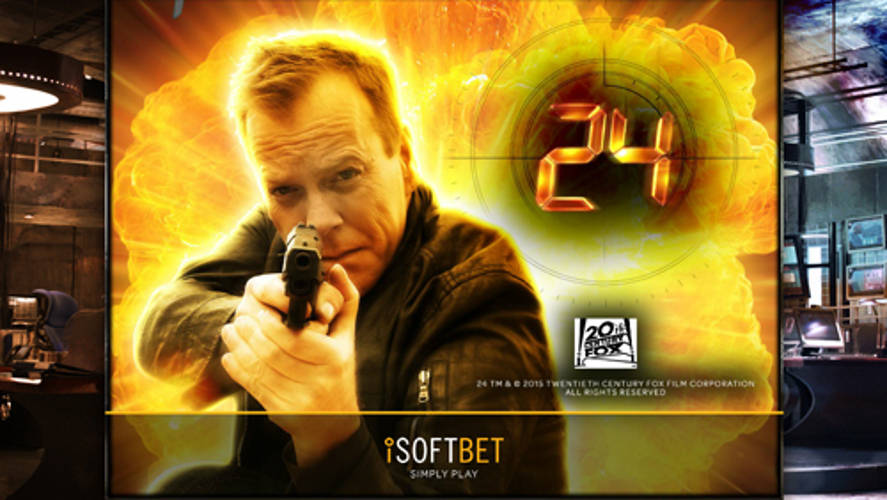 “There is beauty in simplicity”: a statement that is so true to the craft of developers iSoftbet that it sets a precedent for other game developers out there to follow. With iSoftbet’s catalogue of top online slots increasing everyday, it’s safe to say that iSoftbet will be around for years to come, creating the types of experiences you can only expect from a developer of this size and pedigree.

Back in 2001 the Fox Network released the first ever episode of 24: an action packed show that put audiences in the view of agent Jack Bauer and his team of experts as they would face many different obstacles in an attempt to make the world an apparent better place. The series would go on to win various awards for its storytelling and character development — something that is still yearned for in our present day forms of entertainment. Well make no mistake about it, once you play this online slot adaptation of 24 you will want to binge watch the entire show from start to finish all over again. Developers iSoftbet are notoriously known to create adaptations of rather successful shows to great effect, so in turn this makes anything they produce a must play even if you haven't seen an episode of 24 to begin with.

We also often run various slot promotions with this game. 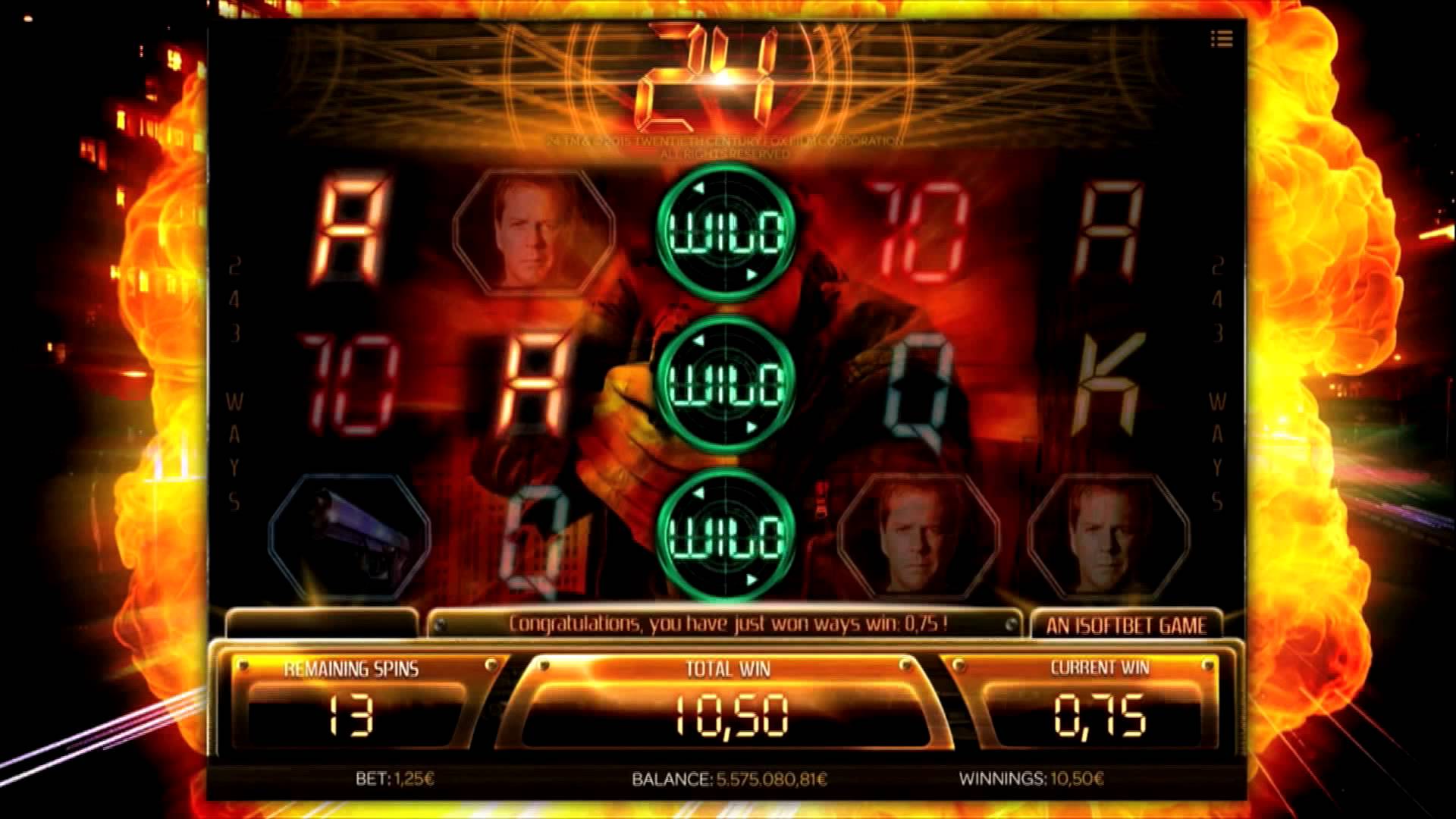 Many will see this title and question its virility, these people have every right to do so but when you judge a book by its cover you tend to miss out on some rather exciting chapters. Every chapter of this online slot is rife for entertaining features that will take you on a roller coaster of emotions. You will feel the excitement of the tv show mixed with the thrill of the fast paced action of an online slot. You’ll notice this almost instantly but whenever you match on the reels the image of Jack will change throughout, every image is taken from the show itself with the action being plentiful for you to imagine you are actually Bauer himself. Graphically speaking this slot exceeds all expectation. The green high tech feel with often give players the impression that you're apart of an actual Counter Terrorist Unit like in the show. The soundtrack of the series can be heard throughout the slot only adding to the sense of immersion that NetEnt have tried to instil from the get-go. 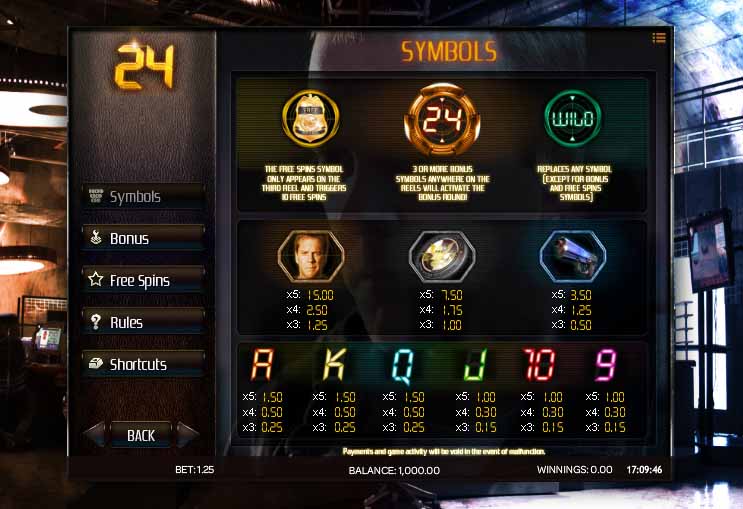 When a tv show manages to win so many awards then it is bound to exist in other mediums as a result. Many of these adaptations are entirely transparent, existing only as a simple cash grab, something that is very common in this industry as they can fool players with the title and once they have you playing they can then begin to take advantage. We can safely say that 24 is not one of these titles, it is one that is very much based in its tv show counterpart, just remember that you aren’t Jack Bauer and you should call the actual authorities if you happen to see something suspicious.