Holmes and the Stolen Stones

A great new fantasy Sherlock Holmes adventure awaits you in this best slots game experience. If you have an eye for detail and a sense of adventure then this could be the perfect game for you. “Holmes and the Stolen Stones” is of course in reference to the late Sir Arthur Conan Doyle’s fictional detective “Sherlock Holmes” of “221b Baker St, Marylebone, London”. This beloved novel has been developed into multiple screen adaptations, the most famous being produced by film giants “Warner Brothers”. So if your good at solving mysteries, a fan of the franchise or just curious to see who actually stole the stones, then why not have a spin. The game works on a 25 line paybasis, all you have to do is determine your stake. play today! 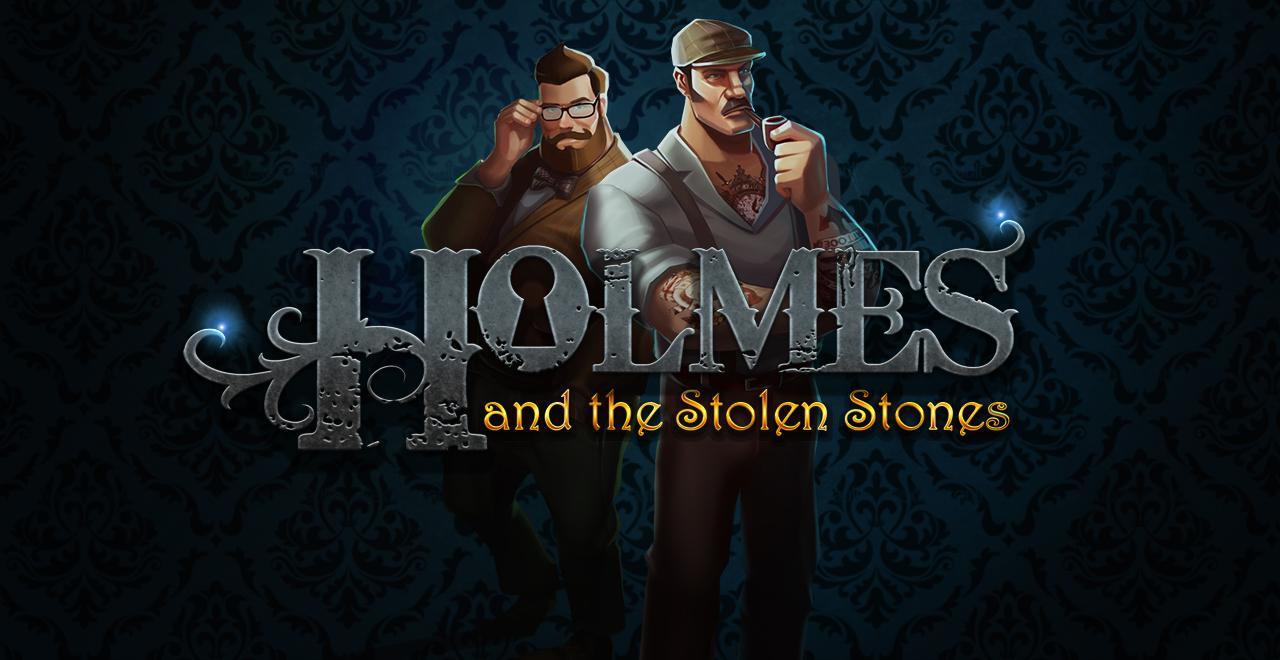 Developed by “Yggdrasil”; A software development company based in Malta. “Yggdrasil” take pride in developing cutting edge best online casino slot games with a seamless integration process. They have also won “EGR B2B slots provider of the year”, in both 2016 and 2017 and have an on-growing reputation within the online slots game community. If you were impressed by “Holmes and the Stolen Stones”, then you should be sure to check out their other titles, such as: 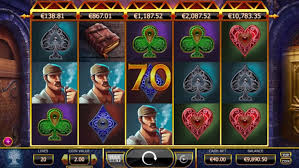 The aim of the game is to collect as many coins as you can, as you unravel through the realms of this online slots game. The coin system is ranked in chronological order: collect a symbol three, four and five times for a coin reward, the coin reward becomes greater for each symbol collected (maximum five). The symbols are broken down into low pay and high pay symbols. The low symbols consist of the card suites: clubs, hearts, diamonds and spades, with the coin reward ranging from 20 coins to 200 coins. The high pay symbols consist of characters and genre related objects of the games, and the rewards range from 40 to 4000 coins. It should also be noted that if you collect five diamonds of the same colour then you will win the jackpot! Winning lines are paid from the left, there are twenty in total. You should also take into consideration, while playing: 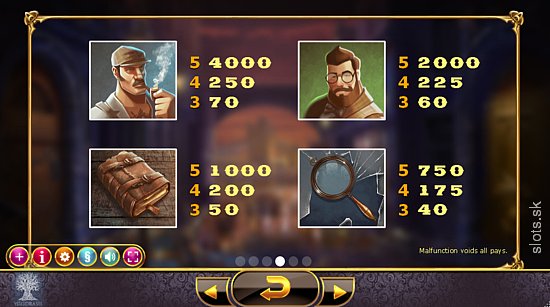