Here's a new best slots game in the form of Bar Star, another stellar online casino slot game from industry supremos Core Gaming. While the symbols are retro-themed and understated, there is nothing understated about the three-tiered Progressive Cashpots on offer, including a staggering gold jackpot of up to 250,000 coins. Players will likely be familiar with the five-reel, three-row configuration of the game-board which has ten pay-lines built in. Spin three or more Gold Bar symbols to start the Pot Chance Feature where you select coins which correspond to each of the Cashpots. Even if you don’t manage to snag a progressive pot, you can still reach for the stars with a generous Free pins round. Core Gaming have also raised the bar with an extremely healthy RTP of 95%.

Join today and learn more about how to pay with phone credit slots.

Core Gaming anticipated the mobile gaming boom in 2011 and was one of the first developers to focus on making the switch to HTML 5 for unparalleled portable experiences. You are likely to have encountered Core Gaming’s products as they supply some of the biggest casino operators in the world including William Hill and Sky Vegas. The developer is rightfully proud of its portfolio of the best online casino slot games which include original content such as Captain Cashfall Beehive Bedlam Reactors and Word Candy, as well as licensed branded games like Sean Kelly’s Storage Auctions based on the hugely popular TV show. 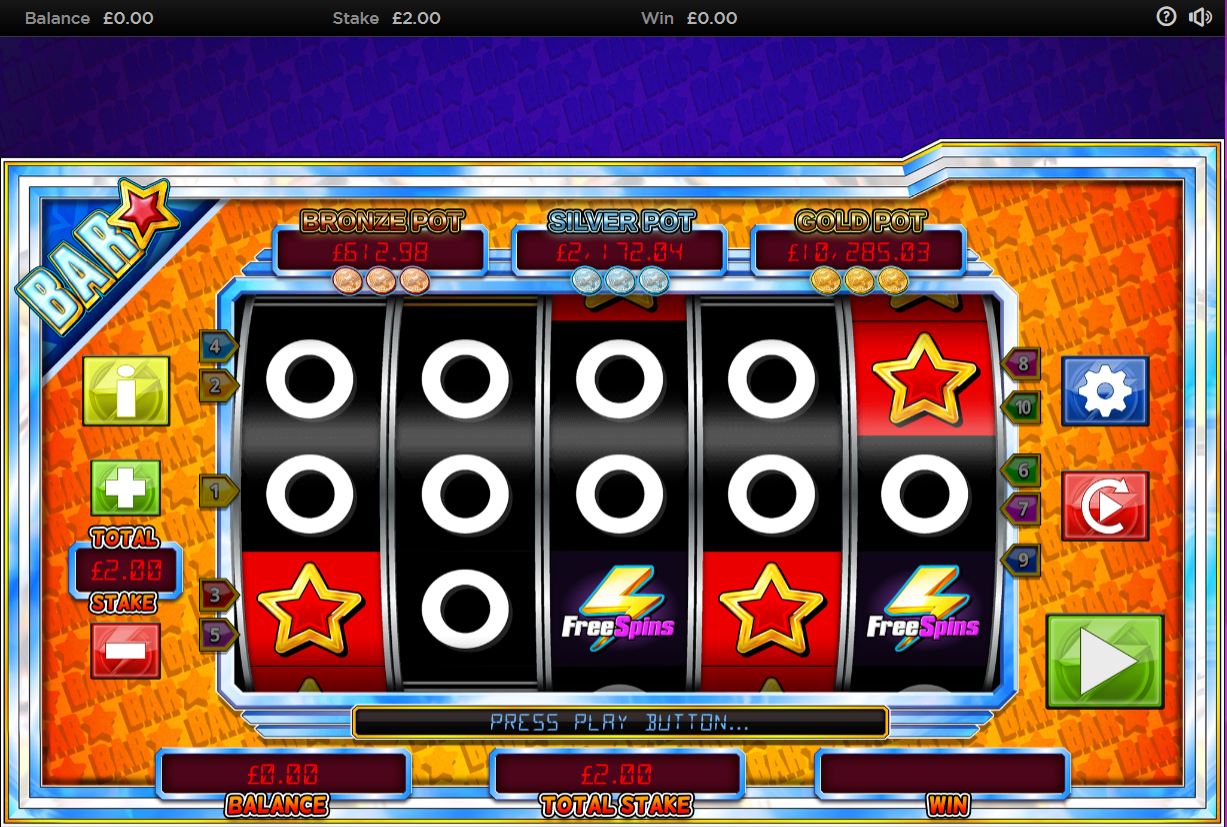 Though Bar Star might seem like a modest slot at first glance, the brilliance of its shine is only visible once you scratch the surface. Core Gaming keeps it simple here in its choice of symbols, with a golden star on a red background representing the only basic-level tile, and a premium bar symbol. Special symbols include a golden bar, three or more of which initiates the Pot Chance Feature, and a scatter lightning bolt.

Land three, four or five lightning bolts to claim 10, 15 or 20 Free Spins. Players have the opportunity to win more spins during the bonus round, as well as retriggering the entire bonus by spinning more lightning bolts.

Spin three golden bars to have a punt at the progressive cashpots. Each golden bar hides a coin of a certain colour that pertains to one of the three cashpots (bonze, silver and gold).

Bar Star has been optimised for mobile devices so it can be enjoyed by stationary satellites and shooting stars alike. 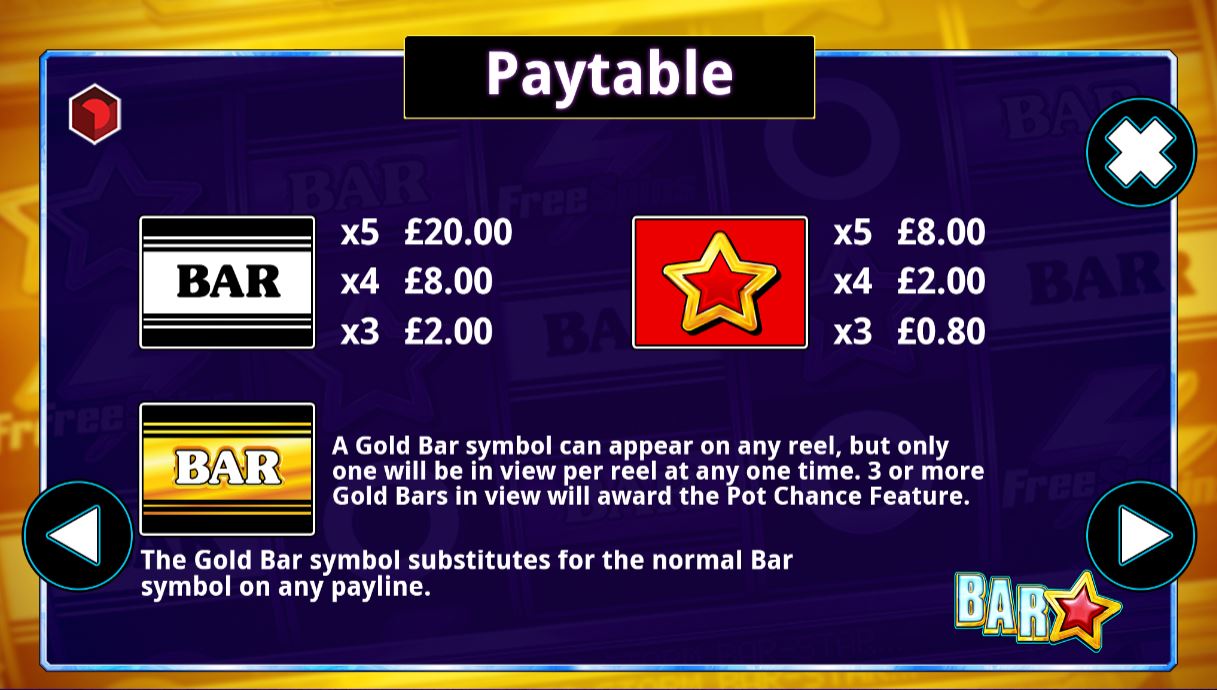 Bar Star from Core Gaming is a great fun online slot which outshines much of the competition. The graphics and sound, though appealing, are likely to attract to fans of retro-styled casino slots. However, all players will appreciate the focus on big cash prizes (including a three-tiered progressive cash-pot). The action comes thick and fast in Bar Star with an RTP of 95%. If you liked Bar Star then you should definitely check out more of Core Gaming’s portfolio including Balthazars Wild Emporium, Reels of Fire and Deep Riches. If you enjoyed Bar Star then why not try other Easy slots game. Play it here!